Welcome to Franchise Recap, a new feature here on Player Affinity where we take a look at the core instalments in a long running series. For this first edition, I’m going to look at the Resident Evil series and how it has changed over the years as well as its impact on the gaming industry and where it could be heading for the future.

The first entry in the series is widely recognised as the pioneer of the survival horror genre for its time. The game inspired many developers to try and recreate the same experience but there was simply nothing like Resident Evil back in 1996. The atmosphere is still this games strongest aspect, it managed to inspire fear in the player due to clever use of static camera angles showing you just enough but at the same time concealing every corner. The structure went against everything for the time, you had to conserve every item you had in order to survive and wandering around the mansion when you were low on supplies created excellent tension. The boss encounters were always the highlight of the action and became a trademark for the series. The game also broke new ground by using pre rendered backgrounds to create a level of detail that was jaw dropping for the time.

The first sequel did little to evolve the formula established by the predecessor, something the series would become notorious for until RE4. The characters were far less goofy this time around (which isn’t saying much) and the weapons were far more exaggerated. The most notable addition for Resident Evi l2 was the alternate scenarios that took place alongside the main game. This is something that is used a lot nowadays and Resident Evil 2 executed them extremely well. This is where the story began to get a little crazy, but in a good way. It became clear that the sinister Umbrella Corporation was only just beginning with its experiments and the worst was yet to come.

Resident Evil 3 did even less to evolve the formula of the franchise, however, at the time Resident Evil didn’t need to change. The franchise had become a huge success for Capcom and weren’t about to change a winning formula. Taking the T-Zombie boss structure to the extreme with the Nemesis (still the best boss in the series for my money) added some real atmosphere when you knew he was coming up. Resident Evil 3 also had points where you could choose different options to progress onwards. This didn’t change the course of story, but it was great to see the structure being altered, albeit not drastically. Resident Evil 3 also included the (now) notorious Mercenaries mode in the style it would become known for.

This entry in the series cemented its rightful place in gaming history for the same reasons the original did. Making a drastic change to the established formula and redefining two genres at the same time. The game was simply a revolution, showcasing incredible talent and imagination across all areas. The over the shoulder aiming, weapon upgrade system, and the positioning of the character inspired many of the great titles that we’re playing today. There were some who did not take to the changes, saying that Resident Evil 4 was not a “Resident Evil” game, but by this time the series was in desperate need of a re-design. The tank controls were becoming an unacceptable mechanic as was the limited aiming, and the structure had been done to death. Resident Evil 4 changed gaming in ways that only a handful of games can and expectations for the sequel were, understandably, huge. 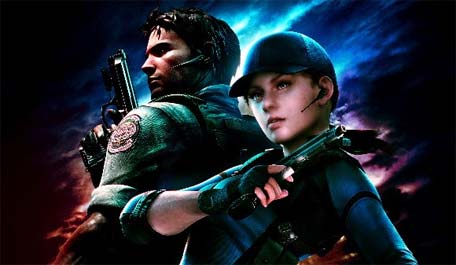 RE5 was released to an extremely divisive crowd; some praised it for perfecting what RE4 created while others complained it was a copy and paste job. The controls came under fire because you had to stand still whilst aiming, whereas titles like Gears of War and Dead Space allowed simultaneous moving and shooting, this wasn’t an invalid criticism, but the pacing of the game just didn’t require that addition. By this time Resident Evil was a full on action game, the unsettled atmosphere from 4 was taken away which was very unfortunate. Resident Evil 5 is still an incredible game, as long you’re capable of not comparing to it what came before. The addition of coop was great (as long you could find a human partner) and the Mercenaries mode was better than ever. Resident Evil 5 didn’t make anything near the impact of Resident Evil 4, but it still delivered what it needed to; a great action experience that finally gave resolution to the storyline... well maybe...

So the biggest question now is where does the series go from here? Is there room for the same kind of revolution that Resident Evil 4 delivered back in 2005 or will it be given the reboot treatment. It’s very important to note that the main mind behind Resident Evil has moved on and the best entries involved him.  I’ve been a fan of the series ever since the original and I think they do need to reinvent it in some way. Too much of what made Resident Evil was lost with Resident Evil 5 and hopefully they can make a game as good as that while bringing back the core elements of Resident Evil that were absent from it.

Be sure to let us know your thoughts on Resident Evil in the comments. Where do you see it going, what do you think of the games in the series so far and what would you like to see in RE6?