By: daSars | PS3 News | June 23, 2011
Free DLC for Motorstorm: Apocalypse has just been recently announced on the Playstation Blog. Originally stated for release tomorow, but it has been changed to today.

The DLC will include a brand new day-and-night track called The Rock, expansion of the games special events, all new weekly challenges, a re-tuning of vehicle performance that will apparently be most noticeable for the superbike, dritbike, and supercar classes, as well as improved game servers and connectivity to ensure a smoother online experience. 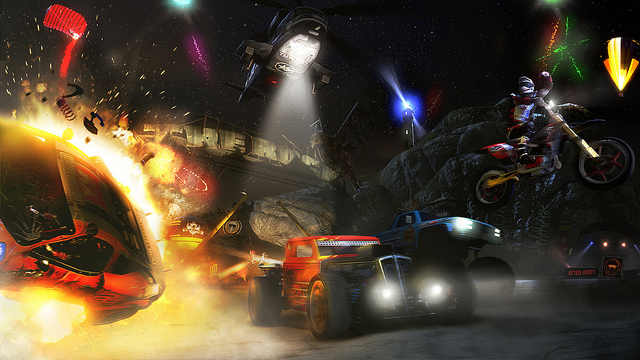 Evolution Studios also hinted at the next update, stating that it will contain a game mode editor, steering wheel support. and numerous other suprises. This next update would also appear to be free, whenever it gets released.