"A story that leads to more yawns than wonder"
By: Russ Matthews | Movie Reviews | December 18, 2018
One frustrating aspect of modern politics is that every aspect of a person’s life becomes fair game for the media. This unfortunate reality can be one of the key components behind why so many qualified people do not desire to enter into this challenging career path. Politicians used to benefit from the respect of press and most were given a pass on subtle indiscretions in their personal lives. The phenomena of tabloid reporting has only taken root in recent decades. Matt Bai’s book, All the Truth Is Out: The Week Politics Went Tabloid credits the events surrounding Senator Gary Hart’s alleged affair with Donna Rice as the turning point in this political and journalistic history.
Hart (Hugh Jackman) was the front-runner for the Democratic nomination for the 1988 US Presidential election and even had the momentum to win the election. When challenged by some of the press on aspects of his personal life and marriage, the Colorado Senator encouraged reporters to follow him around to prove he lived a morally upstanding and even boring life. This challenge came at the same time as an anonymous tip to the Miami Herald and a pair of reporters decided to follow a young lady who was associated with Hart from Florida to Washington D.C. Upon arrival, she is taken to the Senator’s family home where the team see her with Hart and take pictures of their rendezvous, which leads to the reporters running the story of the apparent affair. 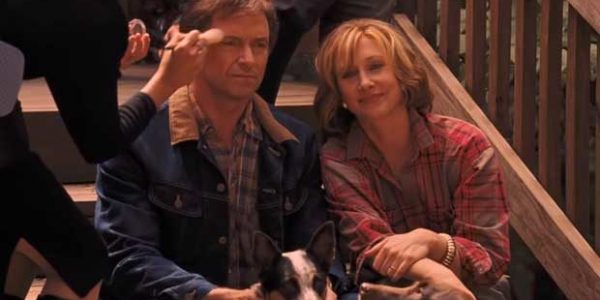 Within days of the article being published, Hart must come to terms with the attention drawn to his alleged relationship with Donna Rice (Sara Paxton). The ripple effect first hits his nomination team who attempt to make up for the press attention and the potential political disaster that begins to ensue. Then Hart must make the call to his wife, Oletha (Vera Farmiga) to explain the media firestorm that is coming her way and apologise for his indiscretion. Even though this is the most challenging conversation of his life, it pales in comparison to what he experiences when the seasoned politician has to face the press and the wave of public scrutiny that leads to the eventual end of the run for President.
This story may seem like a familiar narrative in today’s media hype, but what makes this significant in history was how this was the catalyst to the present-day tabloid-driven news agencies. The Hart/Rice affair pushed the ethical envelope for the press and redefined how the news was communicated to the public. Director Jason Reitman (Juno, Tully) brings this moral quagmire into cinemas and shows how this seemingly insignificant event redefined how the public consumes headlines. Providing a fascinating but tasteful look at the behind the scenes reaction to the controversy on the campaign trail. 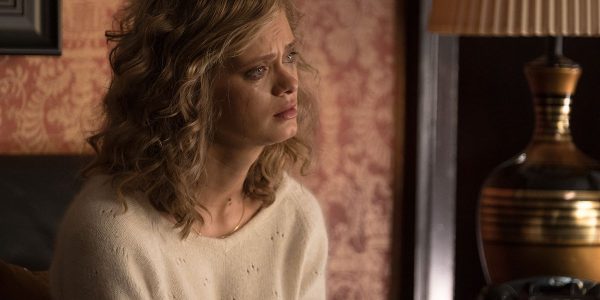 Even though this historical event did have long-lasting ramifications that impacted today’s audiences, this story seems to be somewhat passe in comparison to the stories of today. What is fascinating about this story that has an illicit affair at its core is that it becomes a rather dull gabfest.
Despite outstanding performances from Jackman, Farmiga, J.K. Simmons (The Accountant) and supporting cast that complement the strong writing talents of Reitman, this cannot be lifted out of the doldrums. With an attempt to deliver a sympathetic tone to Hart’s situation, it is difficult to look past the moral lapse he made through the lens of this modern era and the historical mistreatment of women. The Front Runner does show a fascinating side of political history, but in the end, it delivers more yawns than wonder.
Rating
7.0
Pros