It’s often easy to forget that Team Fortress 2 is also an Xbox 360 title, due to the fact that it has none of the free updates that PC users enjoy. In a recent interview, Valve CEO Gabe Newell once again bashed Microsoft’s restrictions on DLC: “The coding part is a one-time fixed cost. The much larger problem is the restrictive nature of the customer relationship where the console owner won't let you try to discover the best value proposition for each customer. On the PC we've done 150+ updates for Team Fortress 2, while on the Xbox 360 we've done two. We have lots of content we'd like to give to our Xbox 360 customer for free which we are precluded from doing given the restrictions under which we have to operate.” 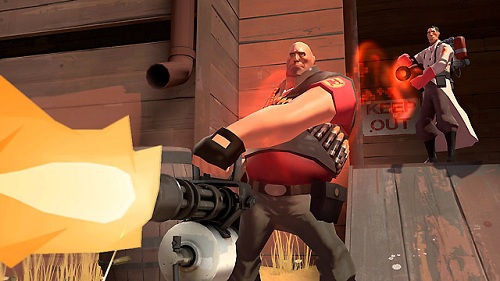 Valve is willing to give Xbox 360 Team Fortress 2 owners free updates, but with the entire game free to play on PC, perhaps at this point the Xbox 360 version should be buried for good.

In other unsurprising news, Newell also said in the interview that he doesn’t know when Half-Life 3 will be released.