This weekend at the Pokémon Game Show in Japan, people got to check out all the Pokémon-related content hitting the world in the near and not-so-near future. The Pokémon Company brought one of the first playable Pokémon X/Y demo units, they showed off new X/Y-flavored cards for the trading card game and they even showed off a brand new anime.

In Pokémon X and Y, we now know that Mega Evolutions are executed in battle on your own command by hitting a button on the touch screen under the Pokémon’s attacks. The demo also showed off more Pokémon that came become mounts outside battle, like Rhyhorn and Skiddo (the pre-evolved form of Gogoat).

One bit of news that got fans excited was the announcement of a whole new Pokémon anime. While Ash will still continue his adventure in the Kalos region next season in the long running flagship TV series, The Pokémon Company will be bringing a new anime based on the origins of the legendary trainer Red. Dubbed Pokémon: The Origin, this new anime will carry with it a while new artstyle and will air on October 2nd in Japan. It is unknown if the anime will be an ongoing series or if it’s going to be just a one-shot special.

Lastly, The Pokémon Company aired a retrospective of the Pokémon franchise during the event that showed us the history of the IP, from its Game Boy roots to the TCG to the N64, GBA, GCN, DS, and Wii games right up to today with Pokémon Tretta (a Japan-only spinoff for Arcade and now 3DS), Pokémon Rumble U and X/Y. After the video, viewers were teased to two seconds of a Lucario standing off against a Blaziken in what has to be a Wii U game. Could this be a new X/Y-themed Pokémon Stadium, a spinoff like Pokémon XD: Gale of Darkness, a console installment of X/Y (Pokémon Z?), or something else entirely? With Pokémon X/Y out in a month and a half worldwide, news (and anticipation) are getting to a frantic high. 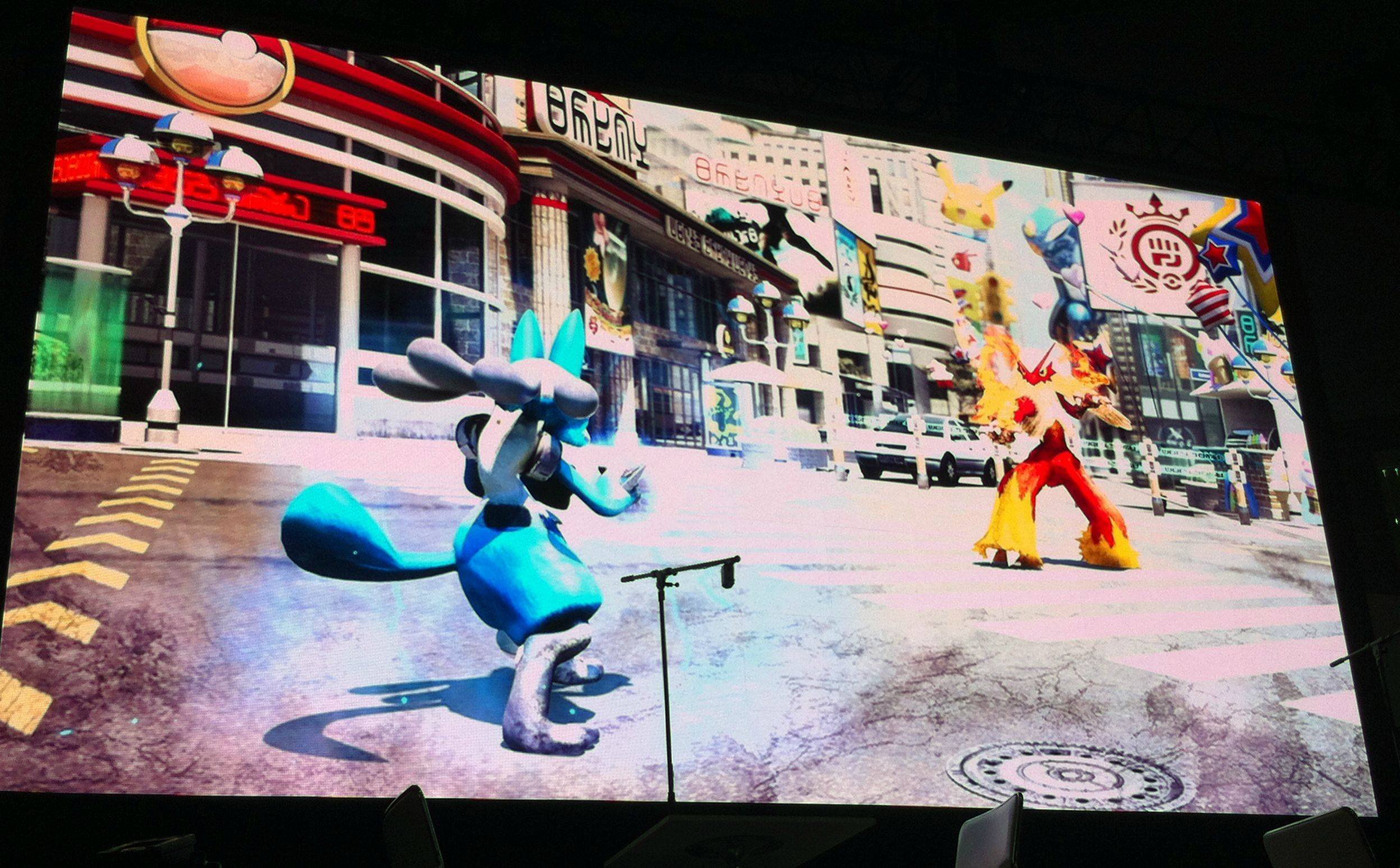