"We take a look at some of the noteworthy things to come out of this year's Game Developers Conference"
By: Euan Dewar | PC Features - PS4 Features - Tech Features - Xbox One Features | March 6, 2015
The Game Developers Conference 2015 has come to a close, and while it's not always packed with the most eye-catching headlines and breaking news, there's always plenty of interesting stuff to be taken away from it. It's become somewhere between your E3-style traditional industry event and something approximating a big get-together for developers within the industry. As a result you get a lot of announcements and sundry that is a little more esoteric than usual, but still fascinating to hear about. I've gathered below a few of the things that stuck out to me for your perusal. 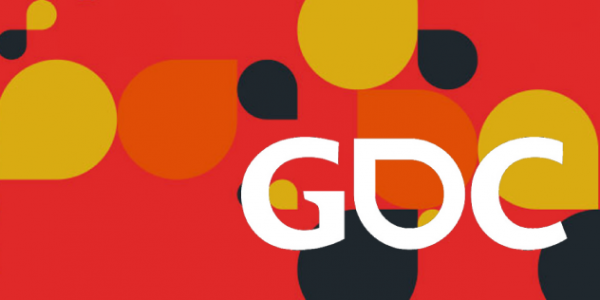 Valve Bring Out the Big Guns:
Valve's stature in PC gaming (and just gaming in general) is so immense right now that just about anything they say or announce is, rightly so in my opinion, treated as very important indeed. Thing is though, they're very reticent to be too hasty in revealing new projects. They tend to prefer to let them stew for a while, wait until the time is just right to let the cat out of the bag. Which is why it was a bit flabbergasting to get a whole bundle of news from them coming out of GDC 2015.
First off there was the announcement of Source 2, the second iteration of Valve's long-lasting game engine that's been used for everything from in-house Valve games to third-party titles like Titanfall. Given how impressive the original Source was when it was first revealed, as well as how well it aged over time, I myself am hugely excited to get my peepers on this new version. The fact that it will be free for developers is just another enticing little tidbit to throw into the bargain.
Then there was the one-two punch of hardware news they threw our way. Starting with 'Steam Link', their much anticipated streaming solution. Essentially a tidy little box that allows you to stream your PC (or Steam Machine!) to the device across your home network, meaning you can play PC games on whatever display in your house you prefer without having to lug your PC back and forth. It'll be available this November and cost $49.99, which is the same price as that there Steam controller you've heard so much aboot.
The real kicker though is that Valve are partnering with HTC on the 'Vive,' their take on that hottest of commodities right now: Virtual Reality. Now, one could be forgiven with getting a little bit of VR fatigue as of late. As exciting as a lot of the technology itself is, the barrage of news about it is starting to get a little bit much. That said though, you should not let that sour you on the gravity of Valve's entry into this particular arena. As I noted at the start, if there's one thing they've made abundantly clear about themselves as a company it's that they just don't half-ass things. That's not to say they're perfect, but you can rest assured that this isn't just Valve cashing in on a fashionable trend (although they are a business of course so there is at least some element of that). If they're making moves in VR it's because they feel they have something important only they can contribute to its development. And personally, I cant wait to find out what that is.

Sony's Project Morpheus is Looking Miiiiighty Fine:
Speaking of Virtual Reality, dont forget about the sleek little bugger that is Sony's 'Project Morpheus'. We've heard plenty about the project before now, but this GDC is where it started to feel more like an actual tangible product that we'll get our hands on soon(ish) rather than an experiment. They rolled out the usual hardware specs for this new version of the headset that they're showing off (1920 by RGB by 1080 OLED display, 120 Hz refresh rate, latency of under 18 milliseconds etc etc). You know, the kind of stuff like  that gets certain people really frothing at the mouth.
As impressive as the details of the hardware are, the more important thing to me is the broader picture of how Sony are presenting their VR project. Again, one could be forgiven for cynically thinking that they would produce a sort of b-tier console alternative to the Oculus Rift, just so they could tick the VR 'box' in their marketing campaign to sell even more PS4s. However, with the amount of effort they've put into discussing the Morpheus, improving on it's hardware and fitting it into their wider ecosystem, they have made it abundantly clear that this is more than just a bit of a jolly for them. And hey, more top-class competition in the market can only be a good thing for us consumers.
Time To Go Dig Out Those Plastic Instruments:
As I'm sure you're no doubt aware by now, there's a new Rock Band game coming later this year for the newest generation of consoles and, frankly, the timing couldn't be better. 2010 was very much a clear stopping point for that massive era of rhythm games. The Guitar Hero games and their various spin offs (shouts to Dj Hero, loved that game) had burned brightly for a while but were plainly running on fumes, and the Rock Band games, while they felt like they had just a wee bit more to go in them, were certainly coming to the end of their run too. We got the peripheral-less Rock Band Blitz in 2012, but that felt more like a niche parting gift to those who had supported the series more than it did an attempt to keep the genre alive.
Five years on though, with Rock Band 4 on the horizon, and whispers of a new Guitar Hero game also hanging about, it feels like people are happy to see rhythm games make a come back. And why shouldn't they be? I mean lets be frank, the main issue with the genre towards the end of it's initial run was never the basic gameplay that defined it. Getting together with your mates and banging through a few tunes isn't going to stop being fun anytime soon. Like a lot of things in this industry though, it was ruined by some pretty incessant milking of the concept. The flurry of games like Band Hero, Lego Rock Band, various portable games as well as of course the many knock-offs was just too much too soon for people to handle. Even if they were decent and sometimes great games taken in isolation.
Rock Band developers Harmonix seem to be going about it the right way this time around, preferring to position Rock Band 4 as a platform for them to build on top of for years to come rather than just the precursor to another million numbered entries in the series. Hopefully, with this sort of more tasteful management, the flame will be able to burn a little more steadily in this second wave of rhythm games.

Shadow of Mordor Continues To Be Just About Everyone's Favorite Game:
Awards ceremonies of any note in any medium are to be taken with a pinch of salt anyway, but the ones we have in this industry are particularly dire. The GDC awards though are voted on by figures from within the industry, and they hold a level of importance that we are otherwise bereft of among other video game awards ceremonies. And even a quick glance across this year's winners shows that game developers have chosen to reward a pretty classy bunch of nominees.
The big one went to Shadow of Mordor, which seems to be vying with Dragon Age: Inquisition when it comes to both people's personal Game of the Year as well as those handed out by committee. And while I do think I ever so slightly prefer the latter of the two, the margins on it are quite slim and I'm more than happy to see Mordor developers Monolith being rewarded for their excellent work on that game. Especially considering the pedigree of the studio and the bit of a rough time of it they'd been having before it's release.
Elsewhere it was a delightful night for indie games as always. Beautiful mobile game Monument Valley deservedly won Best Innovation, Best Art and Best Mobile/Handheld game. Developers Stoic won Best Debut for their equally as gorgeous Banner Saga, and bizarre Twin Peaks cum-ambient nightmare Kentucky Route Zero: Act 3 won Best Narrative. The one audience voted award, appropriately titled 'Audience Award', natch, only bloody went to Elite: Dangerous for the second year running! That game just seems too keep going from strength to strength doesn't it?
Well Elite creator David Braben was given the Pioneer Award for his work on the series, as well as his long-standing contribution to games in general. The two nominal awards for achievement in the industry went elsewhere though. Brenda Romero was handed the ambiguously titled Ambassador Award for her 30+ years of service to the industry, just being an all-round good 'un in general. The all-round Lifetime Achievement Award though went to Final Fantasy creator Hironobu Sakaguchi and, really, can you complain about that? The phrase 'Final Fantasy creator' is enough to justify it for crissakes. 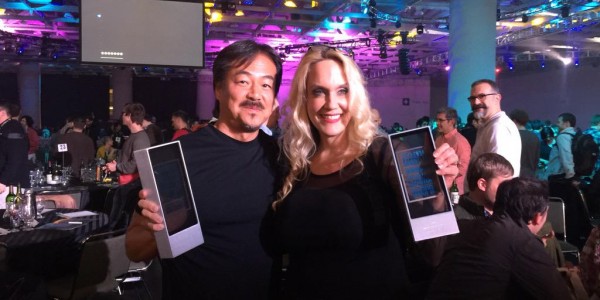 The Games Industry Seems to Be A-OK:
Look, it's been rough around these parts recently. I don't really want to get into specifics, as I'm no doubt you're tired of hearing about certain controversies and what not. But it's fair to say that it's been hard to gauge the temperature of the games industry as a result of things that have happened over the last year or so. It would be easy to assume that an event like GDC would be tonally poisoned, and just a little edgier to walk around than it's been before.
It's been really heartwarming to hear then that people haven't let the crap get to them, and that things are functioning as usual. We've weathered the storm and hopefully things will be a bit quieter for a while now. We can get back to what we're all here for: Those bloody video games. Lets end it on that positive note shall we?