It’s no surprise that Xbox 360 gamers love their Gears of War, and the first week sales of Gears of War 3 prove this point soundly. Microsoft announced that the final game in the trilogy has surpassed 3 million sales since its launch on September 20. With these stellar figures, Gears 3 is the best-selling game so far in 2011. Microsoft Corporate Vice President Phil Spencer said "Gears of War 3 kicked off the biggest holiday in Xbox history with a bang last week, setting the standard for the kinds of amazing, action-packed experiences gamers should expect on Xbox 360 this year."

The high sales were to be expected, as it reached one million preorders faster than any Xbox 360 game to date. Developer Epic Games also announced back in May that the Gears of War 3 beta had over one million participants. With the success of this third game, the Gears of War franchise as a whole has garnered $1 billion in lifetime sales. 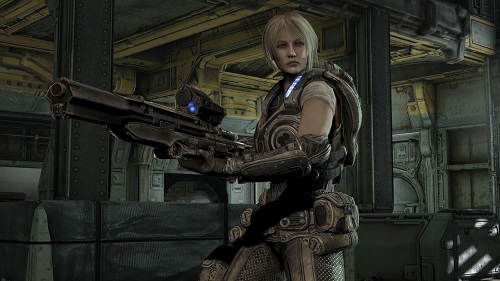 The first of the four Gears 3 expansion packs is due out in November. If players purchase the Season Pass, they will receive all the expansion packs for $30. Purchasing every pack separately will run about $45.