By: Kieran Freemantle | Movie Features | February 10, 2012
Once upon a time there was once a filmmaker who wowed critics and pleased audiences the world over, reinvented the movie industry and grew rich off the success. But slowly his powers started to wane and he became at best a source of ridicule, at worse the man who made fanboys furious. That man is of course is George Lucas, the creator of "Star Wars" and also Jar Jar Binks.

Seeing that Star Wars: Episode I - The Phantom Menace, the most derided of all the "Star Wars" movies, is being re-released in 3D, it is as good a time as any to ask "George Lucas: a genius or a madman?" The Case for Genius

George Lucas was educated at University of Southern California in the Film Program, one of America’s premiere film schools. Few people are accepted in the graduate program and many top filmmakers have attended over the years, from Bryan Singer to David S. Goyer to Sam Peckinpah. It was an obvious sign of Lucas’ talent and his first film, THX 1138, showed a lot of promise—a dark sci-fi movie with elements of 1984 and Brave New World.

He got even better with American Graffiti, a movie that was made to see if he could make a commercially viable movie with a low budget. It was a big hit in 1973 and the movie earned a number of Academy Award nominations, including Best Director, Best Screenplay and Best Film for Lucas. He was obviously an adventurous filmmaker in his early days, at least compared to the Lucas we know now.

But of course, Lucas is most famous for Star Wars. It was the movie that cemented the cinema landscape, but at the time of filming it ran over schedule, over budget and 20th Century Fox had little faith in the movie because of its lack of star power. Luckily for Lucas, he proved them wrong a thousand fold and started one of the most popular movie series ever. 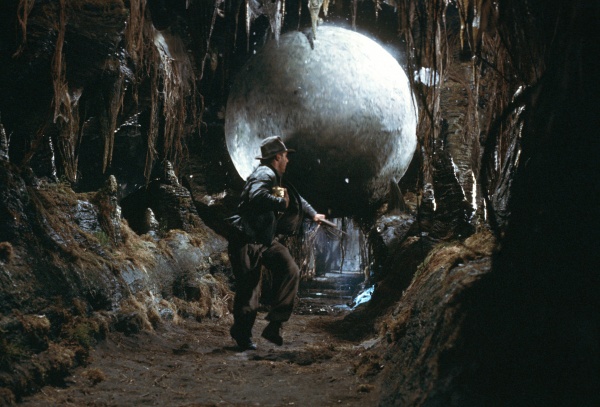 Added to that, Lucas worked for minimum wage (in director's terms) in return for the merchandising rights for Star Wars, a very smart move because it made him a very rich man. Lucas started his own special effects company, Industrial Light & Magic, when he made "Star Wars." It has become one of the leading special effects companies in Hollywood, providing great work on movies from Raiders of the Lost Ark to the "Transformers" trilogy and given him a steady source of income.

Having one movie series with an expanded universe is something most filmmakers dream of, but two is just extraordinary. The second series, of course, is "Indiana Jones," an homage to 1930s serials. It was also what helped Lucas' friend Steven Spielberg, whose career had hit a bit of a lull at the time.

Lucas has also made steps into other media, including computer and video games through his company LucasArts. It's well known for critically acclaimed story-driven adventure games such as the Monkey Island and Sam and Max series. 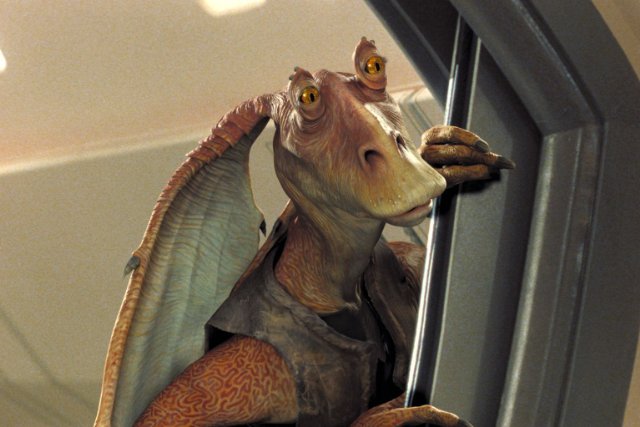 The Case for Madness

Even before Lucas made the prequel trilogy, he was still finding ways to ways to ruin his beloved creation. Let us start with this infamous The Star Wars Holiday Special. Although Lucas' involvement was minimal, he still let it happen and it was so notoriously bad that it was only shown on TV once, Thanksgiving 1978, and is the only project that Lucas is ashamed of. Considering some of things he has done that is really remarkable.

The major criticism of Return of the Jedi was the introduction of the Ewoks, the cute little teddy bear creatures that older fans derided for a numbers of reasons: they were only there to sell toys and they took the darkness out of the great work of The Empire Strikes Back. Not to mention, how could a race of fuzzy dwarves be able to defeat an extremely advanced legion of stormtroopers? The original idea was that it was going to be Wookies, which would have at least seemed more plausible for a victory.

"Star Wars" fans have been upset by the constant re-editing of the original trilogy as well. This started in 1997 when the first DVD set came out, replacing the model work of the original with some poor CGI and it just got worst from the re-edit of the famous “who shot first” scene between Han Solo and Greedo to the dancing scene in “Jedi.” There was even more controversy when Lucas re-edited the movies again for the Blu-ray Saga, making silly moments like Luke Skywalker screaming and the Ewok blinking. Now we are getting a post-conversion to 3D of a movie that is overwhelmingly hated.

And that brings us onto the prequels. I personally found them enjoyable, but of course a lot of older generation fans hate them and have pretty much launched a fatwa against Lucas. We all know the arguments: they ruin the mythos, overuse CGI, have terrible dialogue and acting and were capped off by Darth Vader yelling “NO!!!!!!” But arguably the biggest problem with the prequels is Jar Jar Binks, the unpleasant racist stereotype made because it is a “kids movie” and even if you did not find him racist he was still very, very annoying.

It is not only "Star Wars" fans that Lucas has annoyed, he has also upset “Indiana Jones” fans with Indiana Jones and the Kingdom of the Crystal Skull. I still cannot get over the fact aliens were used as a major plot device in a series that has been about the romantic elements of archaeology and mythology. Lucas wrote the story, Lucas convinced Spielberg to return despite his reluctance to the alien idea.

As well as ruining his beloved franchises, Lucas has made some real turkeys as a producer. Or in one particular case, a duck—Howard the Duck—one of the most infamous flops in comic-book adaptation history. It was one of Marvel Comics' first movie adaptations about an anthropomorphic duck who likes to drink, smoke, get into fights and look at porn (and this movie was meant for kids). There are many infamous elements in this movie, from spending $2 million on a terrible duck costume to the infamous “ducktits.” Lucas' best justification is that if it was compared to the Teenage Mutant Ninja Turtles movie in 50 years time you would not know which was the hit and which was the flop.

It is clear that Lucas is a very talented storyteller, having come up with some amazing series that many can work and expand on. Like any director/producer he can make a dud, but he is someone with such a strong personality that he is unwilling to listen to criticism or outside opinions. But it is up to audiences to decide whether to support Lucas and his 20th Century endeavors.