By: Euan Dewar | Xbox 360 News - Xbox One News | September 4, 2014
Been thinking about picking up an Xbox One lately? Well now might just might be the best time to snatch one up.
From September 7th till September 13th you'll be able to pick up a free game of your choice alongside your purchase of an Xbox One at participating retailers. The deal extends to bundles too so if you decide to pick up the Forza Motorsport 5 or Madden NFL 15 bundle you'll still be able to get your free game on top of that. 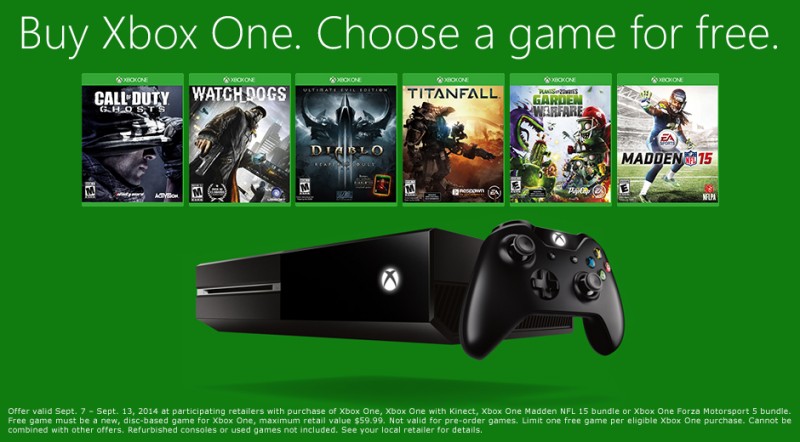 This is smart timing on Microsoft's behalf as September 7th through 13th is the release week for the highly anticipated Destiny. The chance to get Destiny for free might just be the thing that convinces hesitant consumers to finally pick up the console.