Getting Fearless With Defenders Relaunch

Well, I sort of had it right.

The Fearless teaser Marvel Comics previously released does involve a team book starring Valkyrie, and that book is Fearless Defenders. Valkyrie and Misty Knight will star in a series focusing on an all-female team. 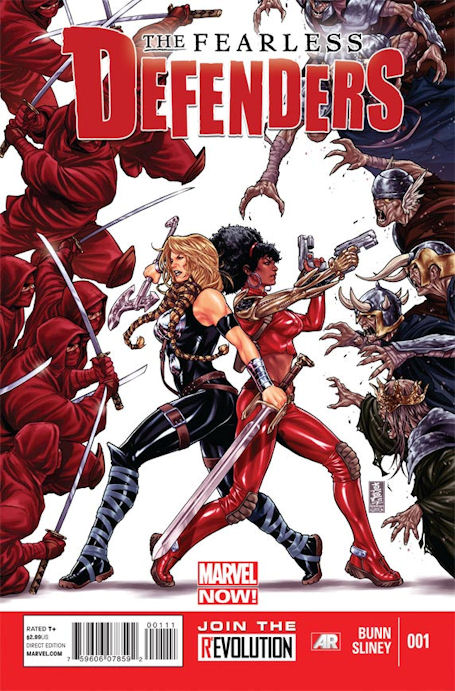 The premise of the book will focus heavily on Valkyrie as she sets up recruiting female heroes in the Marvel Universe to be part of a new Valkyrior, an pre-existing Marvel concept referring to basically a group of Valkyries. I guess they thought referring to them properly as Valkyries would just be confusing. Or maybe there is something I am missing. But regardless, Valkyrie has been lax about this and will be tasked with getting it done. The wrinkle in it is that she must choose mortal women from Midgard rather than the usual warrior goddesses of Asgard.

Cullen Bunn is keeping quiet about who else will be a part of this team, but he hasn’t been totally silent. Dani Moonstar, a logical choice, will be the third member, and the plan is to grow the team slowly.

I’ll say this much. Despite not quite understanding what the Valkyrior are supposed to be, this makes for a pretty good premise for a new Defenders book. I’ll go as far as to say it’s better than... whatever Matt Fraction’s premise was supposed to be for the previous one. It works as a means of getting an all-female team that doesn’t come off as so ridiculously contrived by using an established piece of Marvel mythology.

Unfortunately, this doesn’t seem to stop Marvel from hyping Fearless Defenders primarily as an “all-female team” rather than the what the story premise actually is. I had to read Bunn’s interview on Newsarama, where he seems to be trying to counterbalance that hype, to learn that much.

It’s not a good marketing strategy. Oh, we all love talking about who we’d like to see in our imaginary team of [insert one specific race, gender or nationality here]. But when something is promoted as such, readers at large tend to tune it out. Why? Because on its own, it’s a pretty crap premise. It probably doesn’t even deserve to be referred to as a premise. A lot of readers don’t care enough to spend their money on something as flimsy as that.

Birds of Prey didn’t find its legs by being hyped as an all-female book. It began as a superhero espionage book that happened to star and grow into a team of female characters. Hopefully, Marvel will start hyping what Fearless Defenders is actually about before too many readers dismiss as just some contrived all-female series. 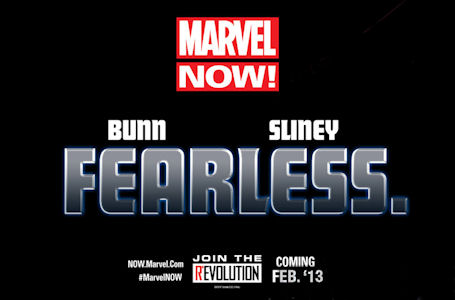 I actually do think the idea is pretty good and will be checking out its first issue.