By: | TV News | February 29, 2012
Veteran actor and all-round nice guy Giancarlo Esposito has been cast in J.J Abrams' new pilot Revolution. The Breaking Bad star, who captivated audiences with his ridiculously awesome portrayal of Gustavo "Gus" Fring, will co-star in the project along with Tracy Spiradakos, Graham Rogers, and Anna Lise Phillips. Revolution is described as an action-packed sci-fi drama (how's that for a genre cocktail?) that follows the lives of a group of individuals struggling to survive and re-unite with their loved ones in a world where all forms of energy have mysteriously ceased to exist. The pilot, which was greenlit by NBC about a month ago, will be written by Supernatural creator Eric Kripke and directed by Iron Man's Jon Favreau, with Abrams & Fringe's Bryan Burk serving as executive producers. Esposito will play a character named Captain Neville in the pilot, who is described as a "hard-as-steel military man with a genteel southern manner who may not always be what he seems."

Esposito, who currently has a recurring role on ABC's Once Upon A Time as Sidney Glass and/or The Magic Mirror, gained significant praise for his work on Breaking Bad (and for which he was conveniently overlooked for an Emmy). In addition to his current and future projects, he will also be seen in an episode of Community where he will play a former business associate of Pierce's late father. If the Revolution pilot follows through, it is expected to be part of NBC's fall season line-up. And if you haven't seen Esposito's performance on Breaking Bad (in case the rock you've been living under doesn't get cable TV), check out season four of Breaking Bad and prepare to be amazed. 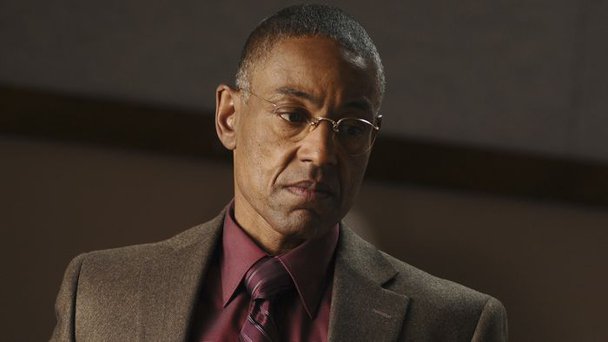