The Giver: A Long Road For Utopia

"A behind-the-scenes look at the bumpy journey of the acclaimed YA's novel to the big screen. "
By: Cristian Barros | Movie Features | August 14, 2014
Movies based on dystopian YA (Young Adult) novels seem to be all the rage in Hollywood right now. This is due to the massive success of YA novel movie adaptations of The Hunger Games and Divergent franchises. In all fairness, the novel that those stories owe a debt of gratitude to is Lois Lowry's 1993 award-winning novel The Giver. The journey of bringing The Giver (out in theaters Friday) to the big-screen has been a lengthy and arduous one. It was almost 20 years ago, when actor Jeff Bridges stumbled upon the book and wanted to turn it into a movie. 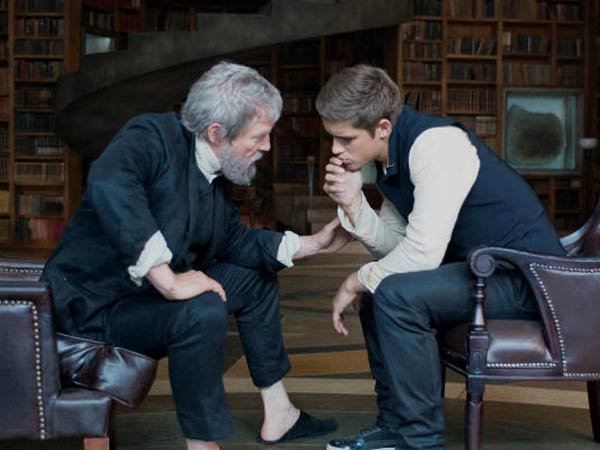 According to The Associated Press, Bridges was searching for a movie project that would be a family affair. He wanted one in which he could direct his father, Lloyd, and that his children, then around middle-school age, would want to see. An entry in a children's book catalog caught his eye. Bridges mentions, "It had a picture of this old grizzled guy on the cover. And I said, 'Oh, Dad could do that!'" It turns out the book had been assigned to his children at school. The book was and continues to be a staple of reading assignments in middle-school english classes across the country. 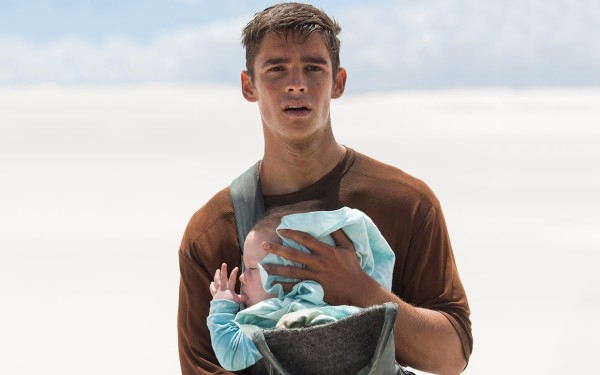 "I thought, 'It's gonna be a cinch,'" Bridges chuckled. "And that was 18 years ago." There were many bumps along the way. The book, which depicts euthanasia, for one thing, was banned in some places. And because so much of the action took place inside the mind of its main character, it was hard to capture in a screenplay. At least five or six were written. Financing proved tricky and the years went by, but Bridges always stayed attached and determined. As time continued to progress, matters looked dire for the project. Then in 2008, the Twilight movie series, which was based on a popular YA string of books, exploded onto the Hollywood scene and became a worldwide phenomenon at the box office. The success kicked off two trends, one was a vampire craze and the other was for more YA novels to be made into movies. This led to the next big YA movie sensation, in the form of The Hunger Games, which debuted in 2012 to a large box office and elevated Jennifer Lawrence to a mega-star level. The sequels were to follow, along with another successful YA novel adaptation, 2014's Divergent. Lowry and Bridges realized that the time was right to reignite the project. 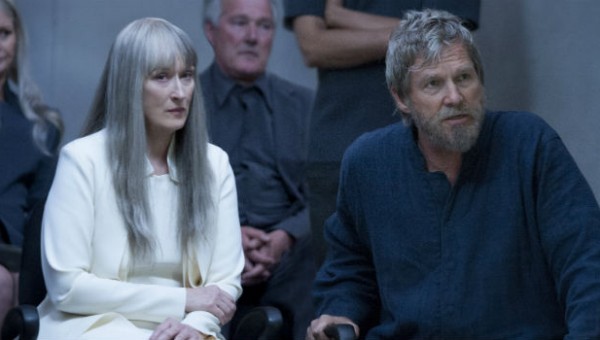 And yet, both Lowry and Bridges agree, maybe it's good that it took so long. "At first I was saying, Oh darn," Bridges said, using a saltier term. "We missed the boat! But really, our movie wouldn't have gotten made without those movies leading the way." Bridges' father also passed away in 1998, which put a damper on making the project, but the passage of time ended up being beneficial for Bridges, a co-producer on the film, and now of age to take over as the character of The Giver. Lowry hopes the existence of the other YA dystopian films will increase the audience for The Giver, as well as creating new readers of the book. "And as for fans of the book," she adds, "we all so hope they won't be outraged by the changes that were necessary. I've been trying to reassure them!" 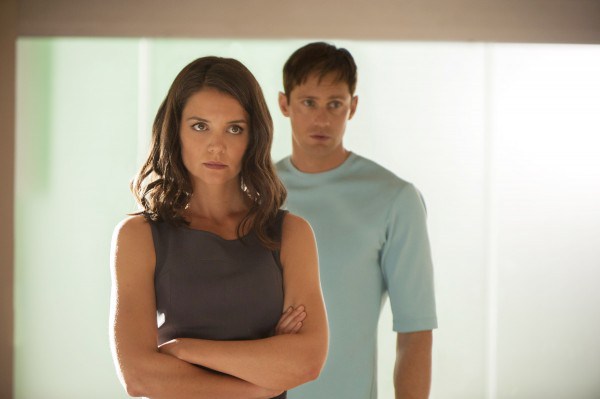 The story focuses on a boy, Jonas, who lives in a community ruled by a Committee of Elders. All is based on the concept of Sameness. There's no color, only black and white. There's no emotion, sexual "stirrings" are repressed with daily medication. Most important, there are no memories of earlier times, for that would cause suffering. But Jonas is chosen to be the community's one Receiver of Memories, and as he learns about the world outside, called Elsewhere, his own world is thrown into chaos. In the book, Jonas is 12. In the movie, his age isn't clear, but he's played by Australian heartthrob Brenton Thwaites, who's 25. This was done partly to create a teen romance, a change that initially deeply concerned both Bridges and Lowry. Now that they've seen the actors, they say, they're happy with it. Lowry sounds happier about another key change, one that gives Meryl Streep, as the stern Chief Elder, a substantial role. "I wish I could go back to the book and fill out that character now," Lowry said. 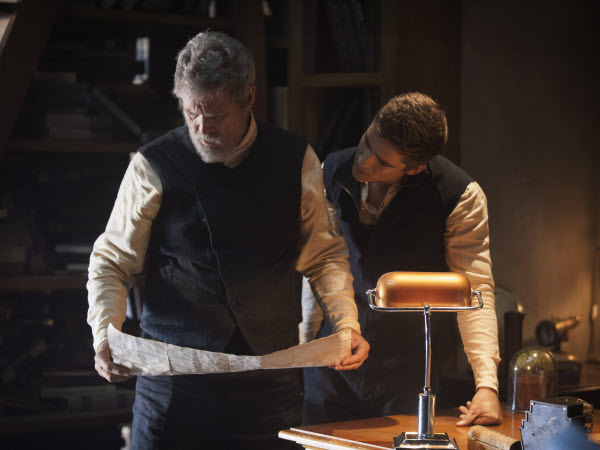 With the project back on track, Bridges was able to get talent attached in front of and behind the camera. According to The Los Angeles Times, "Financiers of the film might have felt it might have been a little too risky," Bridges said. "I think it's kind of ironic that movies like The Hunger Games and Divergent that were inspired, I believe, by The Giver came out before, and those kind of led the way. I think those inspired Harvey [Weinstein] and Walden [Media] to get it made and say, 'Oh, yeah, this could work.'"

Now, the movie is ready to be presented to the world, with veteran director Phillip Noyce (Salt) at the helm and an all-star cast that includes Streep, Alexander Skarsgard, Katie Holmes, Taylor Swift, and Bridges.

For all of the trials and tribulations, Bridges and Lowry seem pleased with the finished product and hope audiences will embrace the movie the way the book has pleased readers worldwide. Get ready to take a trip to a dystopian landscape that will feel familiar, yet distant. It will likely ignite discussion and that is always a wanted outcome for any movie.