Earlier this year, you might have heard about the Kickstarter that Ryan Browne created to fund the “Completely Complete” edition of his acclaimed webcomic, God Hates Astronauts.  Well, for all the fans out there waiting with bated breath, Christmas will be coming early this year.  In early October, Image Comics will be releasing a soft cover collection with a whole lot of bonus material that you can’t get anywhere else. 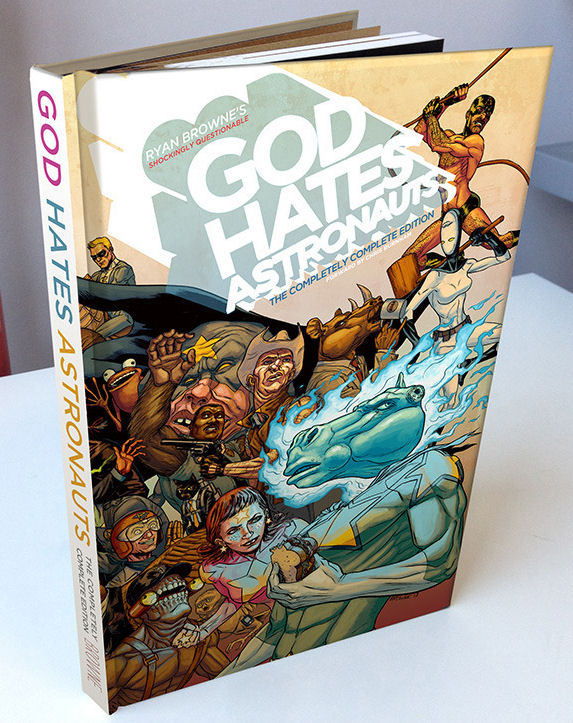 Avid readers, reputable writers, and gushing critics have all praised God Hates Astronauts.  The general consensus: “it’s awesome.”  When the nation’s farmers start taking off into space in homemade rocket ships, NASA hires the Power Person 5 to stop them.  Despite their government contract, drinking, sex, and whole lot more ensues as this team of troublemakers do as they please and seem to manage to save the day anyways. 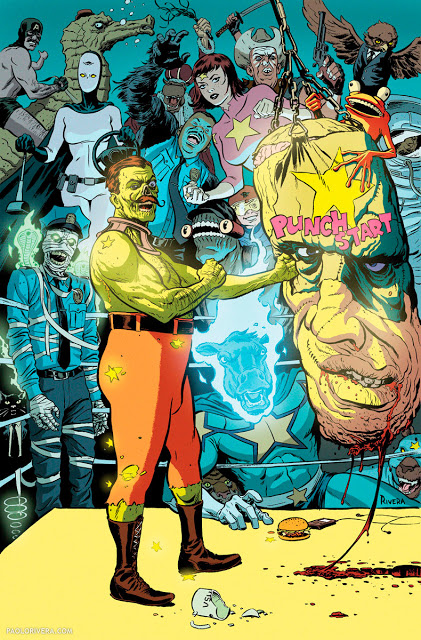 For Ryan Browne, God Hates Astronauts is closely personal.  It was spawned into existence six years ago, and wildly scrawled not long after. Soon, it would be become the popular webcomic, and later the subject of a Kickstarter.  This upcoming October, God Hates Astronauts takes another massive step.

In describing this six-year journey, Browne called it “fun… I love my friends and I love forcing them to draw what I write.”  And they probably had fun too.  Lauded for its edgy humor, God Hates Astronauts promises to be original in the most literal sense. 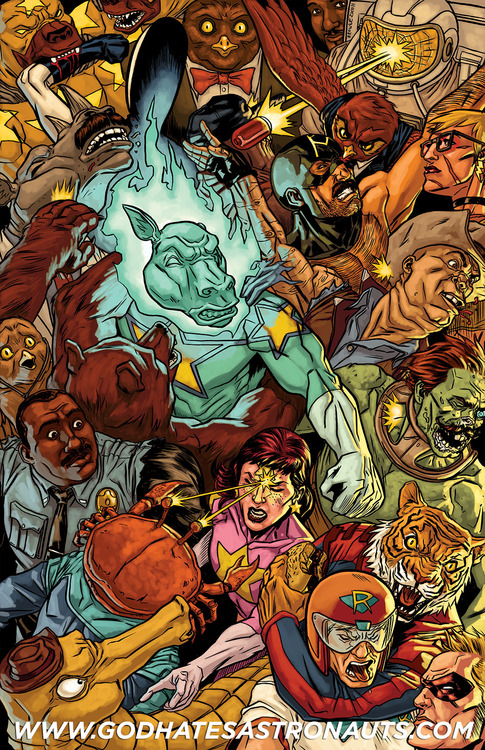 God Hates Astronauts will be in stores October 9th and is currently available for preorder.  This comic looks too good to miss.