"Pale gray reflection of the original classic"
By: Russ Matthews | Movie Reviews | April 15, 2017
Audiences may not realize that Going in Style is a re-make of a 1979 comedy starring George Burns, Lee Strasberg and Art Carney. A story of three life-long friends who are moved to a desperate decision to rob a bank despite their elderly stage of life. In the new edition of this endearing classic, director Zach Braff (Garden State, Wish I Was Here) takes the heart of the original and adds a modern twist onto the familiar plight of the senior statesmen who fall on hard times. He adds to the original story by providing them with an explanation of their past work history together, which allows for a subtle statement to be made on the challenges of globalization. Especially, how the elderly cope with the change of a system that they have placed their faith into care for them for the rest of their lives. 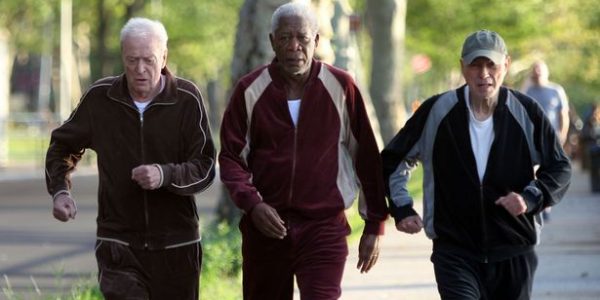 Burns, Strasberg and Carney are replaced with the legendary trio of Morgan Freeman, Michael Caine and Alan Arkin. Three men who have worked and lived alongside one another for years at the steel mill and in their local neighborhood. One day all of their pensions are cut off from the mill and they find themselves in desperate need of money to live. They come to the conclusion that the best tactic is to rob the bank who is mismanaging their pension fund. Without the knowledge of their friends and family, they partner with a local thief who helps them to devise a plan for the robbery. The training and planning make for a multitude of hilarious and touching moments, but when the fateful day approaches they must decide if they have the strength to go through with the plan.
There could be no better set of seasoned acting talent to honor the comedic legends of Burns, Strasberg and Carney. These men are still known by audiences around the world and provide the star power to deliver this message of the difficulties of the elderly in modern society. If audiences are able to understand how the Englishman Joe Harding (Michael Caine) ended up being a steel worker in New York for over 30 years, then their friendship is plausible. The vast majority of the comedy is placed in the hands of Arkin, who provides the dry wit that is reminiscent of the classic Burns and Strasberg stylings. These three legendary figures are supported by a strong cast from multiple generations. Ann-Margaret provides a similar role with her performance in Grumpy Old Men, but she fits nicely into the desperate widow who is looking for love. Then it is good to see Matt Dillon back as the head FBI investigator. His steely demeanor and comedic timing do fit will within the film’s overall journey. 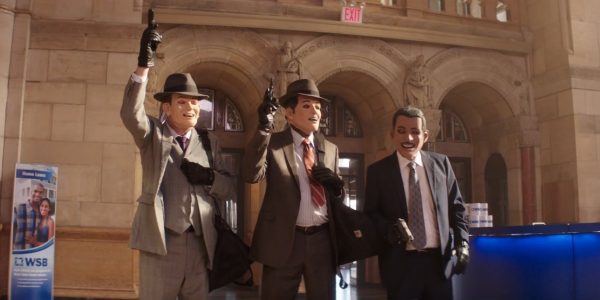 The overall production is good and the acting talent is top shelf, but there are two glaring problems. For those who are just becoming aware of this being a remake, this might not be as glaring an issue, but the original was one of George Burns best performances. Regardless of the skills of these three veterans, nothing can match the endearing and exemplary timing of this comedic genius. Burns and Strasberg understood the value of understatement as a means of communicating the humor. The personal nature of the original with these forgotten talents should be celebrated and revisited by audiences. The challenge for the production team of the updated version was bringing this story to a modern audience. The original would have relied on the mantra of 'less is more' and the beauty of subtlety. While the modern interpretation is reliant on pratfalls and physical humor which takes away from the heart of the story. Braff attempts to capture the magic from the original, but misses with some of the emotional content and especially with the conclusion. The elegance of the original can be found in the what happens to the three central characters after the robbery. While Braff's version focusses on the lead up to the robbery and delivers a less than satisfying ending. Not to give anything away, but his retelling may be more appealing to some, but it truly diminishes the charm of the 1979 version.
Well done to Zach Braff for bringing back a forgotten classic and his interpretation is a relatively safe and entertaining option if unremarkable. The recommendation would be to search for the original and enjoy a gem from the past that still proves to be an object lesson in subtle wit and comedy that is rarely seen or celebrated in today’s cinema.
Rating
5.0
Pros