The day many of us have been waiting for is finally here. The first ever gameplay video for Grand Theft Auto V has been released, and it certainly doesn't disappoint. Previously the game has looked fantastic in cutscenes from the in-game engine, but now we get a feel of how the game will look when we actually get to play it. If you haven't already, check it out below, then I will discuss some of the more important parts of the video.

That is a lot to see in just five minutes. We see the HUD, weapon wheel, character switching, driving, flying, and a whole host of new mini games for the first time including tennis, golf and hunting. From some of the on screen button prompts it appears the video is from the PS3 version, but whether the whole video is and if it will look any different on Xbox 360, we do not know at this time.


As the voiceover welcomes us to the world, the music isn't the usual licensed music you hear in the trailers or in game radio stations. As this game features a dynamic soundtrack for the first time, this sounds like it is our first taste of original music for the game. Underwater diving is looking better than ever as the player seems to be exploring some sort of destroyed building. The first time we see the map is during flight where we glide over a dam and the map is slanted so its easier to navigate.

Next up we see some travelling via boat and the map once again moves with the player. An incredible birds eye view of Mt. Chiliad really shows the level of detail and scope that is present in this massive open world and a hut at the top could perhaps be one of the many safe houses the player can achieve.


We see some on foot free roaming as Michael looks to enter a clothes shop and the movement looks more fluid and smooth that previous titles. Also, as you see the other protagonists shortly, they all have different walking animations that give them a different feel instead of just being reskinned models that control the same. A shot of deer drinking from a lake confirms more wildlife than ever before and this is shown even more later when Trevor takes on a hunting mini game where he must snipe the animal whilst taking into account the wind speed and direction at the time. A jetski is shown tearing up the ocean and the waves react realistically in real time.


After the introduction we then get a more in depth explanation of our three protagonists and background on what makes these characters so different. During Franklin’s part, we see Chop following him as he walks down the street, seemingly not on a mission. Perhaps we can chose when to have his dog with us as part of free roaming. Also, the graffiti says “Welcome Back” in Grove Street colors, which is a nice touch.

During the first mission to be shown (which is the same mission that was previewed to press last year where the three protagonists must work together during a raid) we see how objectives information will be displayed on screen which looks to be simplistic to not get in the way of the action. We get to see character switching for the first time which is initiated by a character wheel on the bottom right of the screen. The camera then immediately pans out to Franklin and you instantly continue the mission at hand. We also see a glimpse of the character’s individual skill levels, which vary between each character and also includes the unique special skill that each character has. The four characters seen include you online character, which we will get to later.

Next, we see how character switching works whilst not on a mission. The camera pans up like Google Earth and travels across the city to wherever your desired character may be. They will continue their lives even when you are not controlling them and will offer a variety of mini games unique to each character.


When the character switches to Trevor he is already in the middle of a police chase and we get a glimpse of how the wanted system works in this game which seems to be pretty similar to previous titles. Different camera angles are shown including first person and the dynamic overhead shot. 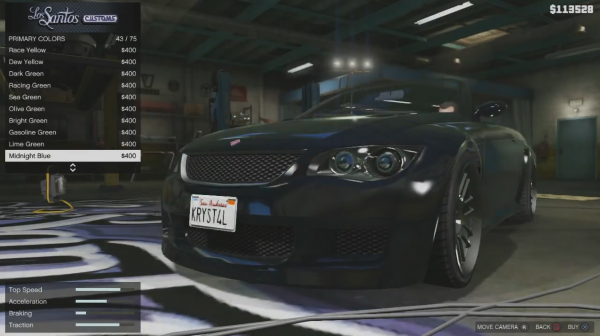 Car customization is showcased next as well as clothing options. Then we see some of the minigames such as golf, yoga, deep sea diving and hunting. A man who berates Franklin as he walks by seems to suggest maybe side missions or random encounters return like in GTA IV and even bounty hunting with Trevor.


The first real shoot out sequence is then shown which includes going into cover, blind firing, running and shooting and we see a weapon wheel reminiscent of the one used in Red Dead Redemption. Shooting mechanics look tighter than before and looks very similar to Max Payne 3 which had probably the best shooting in a Rockstar game to date. 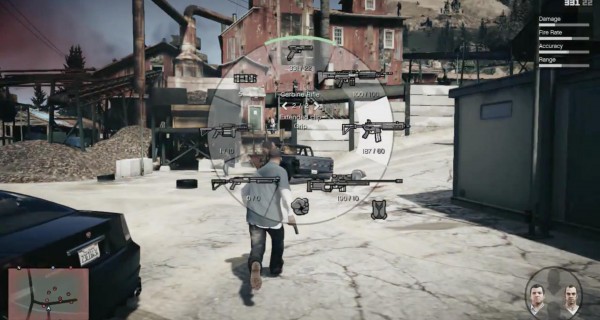 Some nighttime racing is shown which looks to be more arcadey than before and we get a glimpse of more activities we can participate in that include tennis, bike riding and some beautiful base jumping, complete with colorful parachute.


Then it comes to showing off how heists are going to work which play a huge part in the game and are not as scripted as previous GTA missions. You get to chose which vehicles to use, which crew members to use and whether to try and break in smart or go in all guns blazing. We then see how we can spend our hard earned cash which includes tattoos, custom cars, properties and even invest in the stock market. 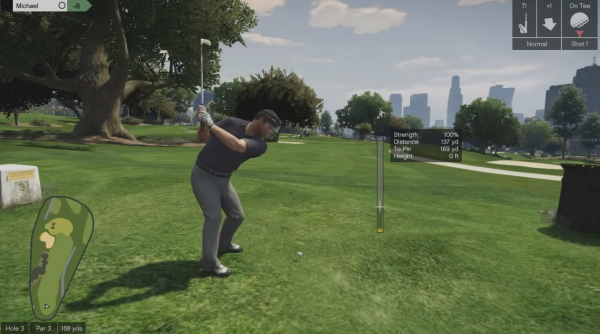 Finally we get our first ever glimpse at GTA Online. No more than a tease right now but seems like you have your own safe house and it looks like maybe 16+ players can join in the same server this time around. We are promised more information on this shortly and it looks to be the most ambitious online project Rockstar have tried to date.

And so there it is. Definitely a huge amount to think about in what is most certainly the biggest dump of GTA V news we have had so far. With only 69 days now until release, expect the online modes to be talked about soon and then we will get the launch trailers in preparation for release. If you had any doubt that GTA V wasn't shaping up to be one of the best games ever made, this video has solidified that line of thinking.