Three. That number is symbolic in stories, right? Particularly because like life, every story can be essentially broken down into the following three parts: the beginning, the middle, the end. A trilogy, I've always thought, is a series of stories interconnected to tell a larger tale. Characters, themes and situations are revisited in each succeeding part and ultimately brought to some kind of resolution. I don't believe that this is the be all and end all rule of what a trilogy should be because there are of course, what I like to call loose or unofficial trilogies in which each entry could stand alone. Either way, I find the trilogy in particular to be quite fascinating. Don't get me wrong, I enjoy a long running film series as much as the next guy, but a nice, succinct, well-done three parter is also pleasing, though that is hard to come by.

The following is a list of some solid film trilogies in no particular order: 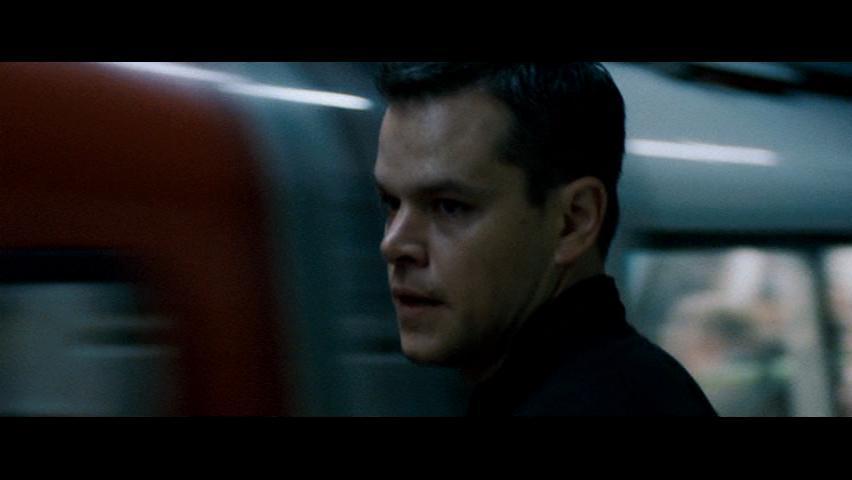 This film series gave us a glimpse of what the world of James Bond would be like if it were taken more seriously. Part of the the appeal of the Bond films is that until 2006's Casino Royale, it mostly reveled in the elements that made it fun for audience members. There was more of a sense of escapism. With the Borne films however, we are given a solid series that contains real danger, strong elements of mystery, suspense, high-octane action and a great strong wrap up of the story of a tortured Jason Borne. 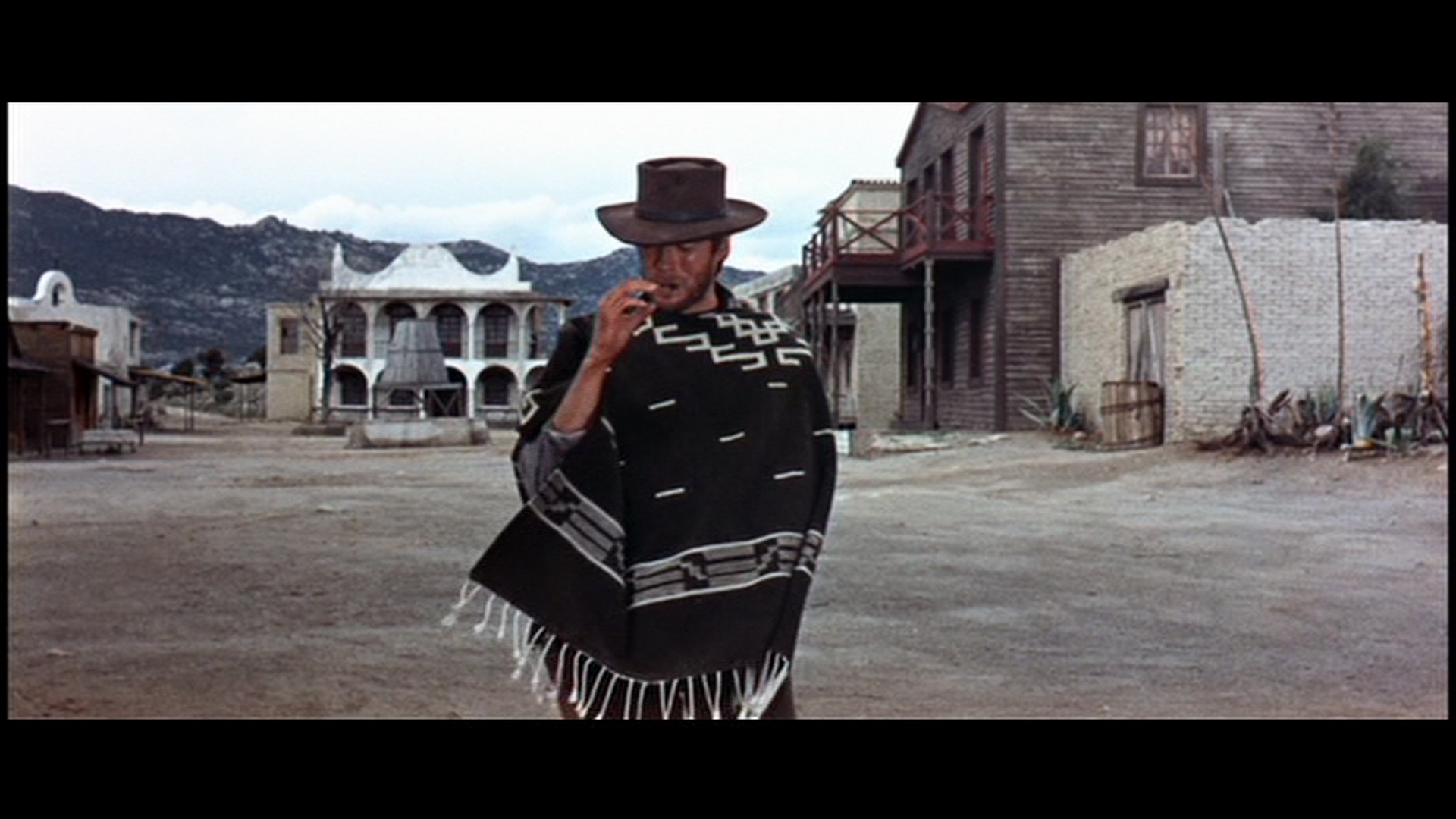 These Spaghetti Western films made Clint Eastwood a household name and gave us a more gruff and disillusioned version of the old West as opposed to the West of John Wayne's era, which was more idealistic, morally black and white. The Dollars films gave us a mysterious anti-hero, which would become the new archetype for the Western lone hero.

The Back to the Future Trilogy

I recently went to an outdoor movie viewing experience in the downtown area where I live and the movie shown was Back to the Future. Since I hadn't watched it in a while, I was reminded of just how much pure fun was contained in each of these films. So, if you're bored at home one day and trying to figure out what to get into, I recommend starting a marathon. Because 1.21 gigawatts is all it takes. As difficult as it sounds to gather the necessary number of gigawatts, you could be reminded of just how enjoyable it all is despite its implausibility.

I've written about this series before, you might recall. I feel like if we're having a discussion on great trilogies, then the Toy Story films simply cannot be left out of the discussion. I think that it is just as good as any live-action film trilogy out there, if not better than most. For one, each film is not only technically strong and obviously visually stunning, but the stories are, while dealing with childish toys, are not just for children, but they also speak to the child inside the adults. The story of these toys is the story of us and how we deal with feelings like jealousy, uncertainty, abandonment, love and friendship. These are animated films that are a great deal of fun, but also carry emotional resonance and Toy Story 3 does a remarkable job of soundly completing the story started in the first two films with a pleasing payoff.

The Lord of the Rings Trilogy

Is putting this series on the list a cheat? If nothing else, for the reason that this really feels like one long film that happens to simply be broken up into three parts? You be the judge. Whatever your thoughts are on that, there's no denying that Peter Jackson's amazing gift to fans of the books and fans of great cinema is worthy to be in a discussion of great trilogies. We get battles that redefined the term 'epic', we get a beautifully captured New Zealand and we get a satisfying wrap up to everyone's character arcs. The Lord of the Rings Trilogy. It's the perfect three course meal.

I think it's pretty safe to say that with these films, the original still stands in a class all its own. Nearly everything about it from the story, to the special effects changed the game and spawned countless imitators and parodies. Not only did it raise the bar being so different from anything that had come before it, but it also challenged how we thought about the world and like Star Wars did before it, became an instant pop culture phenomenon. That said, when looking at this trilogy as a whole and the symbolism of each representing the key aspects of life like birth (The Matrix), life (Reloaded) and death (Revolutions), these films are solid pieces of a good story.

I know there are some out there who could do without the prequel trilogy, but I for one, actually appreciate the prequel trilogy if for nothing else, the consistent character of Obi-Wan Kenobi, which feels very much in keeping with the original trilogy, and of course the journey taken by Anakin Skywalker which depicts his rise to Jedi status and fall to the dark side among a few other things. It gives the original trilogy some depth. That said, it is the journey that Luke Skywalker takes from farmboy to Jedi that we all find most enduring. With memorable characters, endlessly quotable lines, some father-son drama, and hands down one of the most shocking twists in all of cinema history (definitely in the top 5 at least), this trilogy is great for sure.

We move from one everyman in Luke Skywalker to another in Peter Parker. Sam Raimi's Spider-Man films were successful in giving us everything we ever wanted to see in a Spider-Man film and some things we wish we hadn't seen (I am looking at number 3). They also stayed true to the essence of what makes the character who he is. Parker is a real kid with real problems of the financial, familial and romantic type and all of this is set against this other life of adventure and encounters with supervillains, which when brought to life on the big screen gave Spidey some heft. Regardless of what you may think of the third entry, which I concede is not as good as its predecessors, it wasn't as bad as many make it out to be in my opinion. It does a great job of doing what the previous two films did and that was teach Peter a new lesson. Three also contains some of the greatest fights worthy enough to be in a Spider-Man film.

Bryan Singer showed us that he not only understood everything that made a mutant interesting, but he also understood the backstories of the richly layered characters. He cast two great English actors to anchor the films, an unknown Aussie to ground the lead character, and an equally strong supporting cast. The result was two very strong X-movies. By the time we get to the third entry, Singer's absence was certainly felt. Though everything was set up for three to be successful, it ultimately felt short of X-pectations. However, Brett Ratner's entry is still quite entertaining and makes some pretty bold moves that, love it or hate it, should still be respected. X3 also has probably the best live-action interpretation of the Beast, played by Kelsey Grammar. He was born to play that role.

I think this trilogy, like the aforementioned Back to the Future is pure fun, but for different reasons. Anyone who knows anything about Robert Rodriguez knows that the man has pretty much made his name as the one-man film crew. He is involved in nearly every aspect of his pictures. These films, love letters to the old Sergio Leone spaghetti Westerns like those of the Dollars trilogy, aren't deep, but they are entertaining and stylish. They are the works of a filmmaker enjoying what he's doing. You can almost feel Rodriguez' pleasure as he takes you for a ride with his slick Latin version of the 'Man with No Name': El Mariachi.

You know this had to be on the list. I am a fan of everything Christopher Nolan has done, but I am particularly taken with his dark and serious version of the Batman mythos. These films were successful in showing the world that a film about a comic book character could be taken just as seriously as any film in the crime drama genre. They were psychological, emotional, relevant, and had something to say about the state of the world in which a man takes matters into his own hands to ensure the safety of his community. Grounded in a reality that is more or less plausible, Nolan's trilogy is yet another satisfying one that manages to give Bruce Wayne's journey a wonderfully appropriate close. I can't imagine a trilogy list where this isn't on it.

What do you all think out there? Are there any I missed that should have been mentioned? I can think of a couple, but go ahead and let me know your thoughts!