Green Lantern #1 is a unique case in the widespread relaunch DC is currently unleashing on the world. The Corps remains relatively untouched by the events of Flashpoint, as it had its own crap to deal with in terms of the War of the Green Lanterns. Sinestro is now a Green Lantern again, and Hal is simply human again – destitute and depowered.

Seriously though, Hal has certainly seen better days. He doesn’t have a car, has absolutely no money, and no real friends to turn to. It’s actually kind of hilarious. A few issues back
and Hal Jordan was Hal Jordan, now he’s essentially homeless and depressed. I’m sure the entire series won’t feature Hal schlepping down the streets with his head hanging low,
and I’m sure he’ll get his powers back at some point, but for now what Johns is doing with the character is great, and I wouldn’t mind seeing a few more issues with sad Hal.

The first issue isn’t entirely lacking Lanterns though, as Sinestro takes the stage in Green. Yes, Sinestro now has a green ring. If I just spoiled that for you, you either don’t know enough about recent Green Lantern mythos to care, or it’s nothing the cover didn’t already tell you. Even though Sinestro is a Green Lantern now, he’s still a total douche. If you were expecting him to be completely selfless and heroic, you were mistaken. And then there’s that one woman in red that keeps popping up, who I refer to as Carmen Sandiego. So far I’ve seen her in four DC issues in the past few weeks, and still I have no idea who she is or what she means for the DCU. Clearly she will be explained at some point, and I’m sure it has to do with more than a few heroes. At this point, she’s nothing more than something to ponder when she appears. 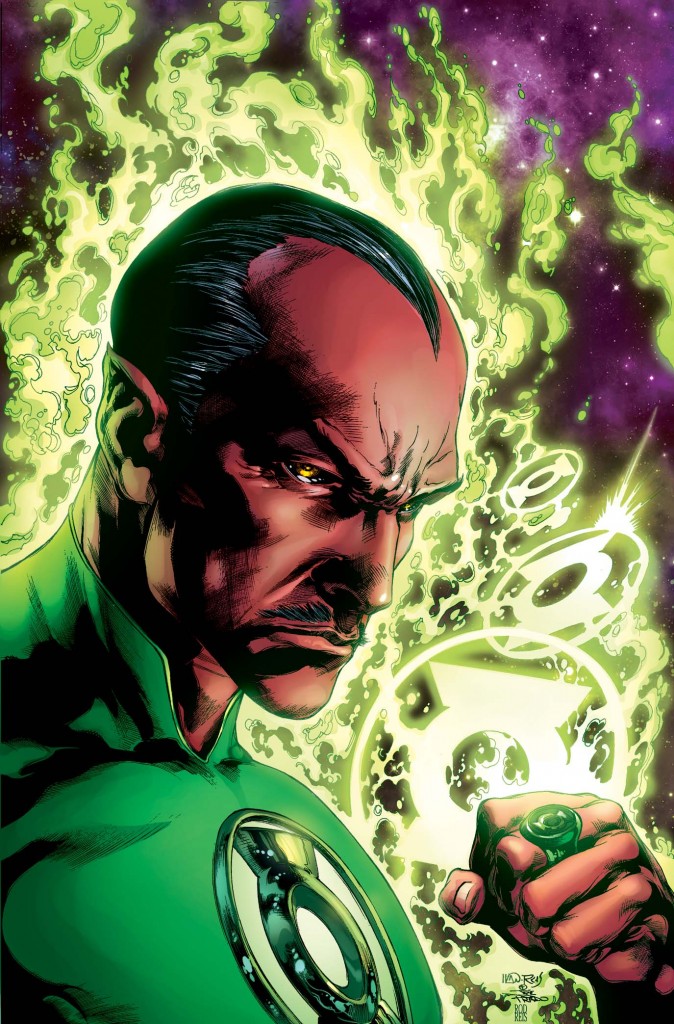 Geoff Johns is Geoff Johns, so the writing was as good as any would expect. The funny spin on Hal’s current predicament is a nice change of pace. Doug Mahnke’s art returns to Green Lantern, and it’s just as solid as ever.

It’s hard to really gauge where Johns plans on taking the story after this issue, but it is certainly indicative of how well Johns knows his characters. The relaunch may have messed with a lot of the DCU, but the Green Lantern series appears to have emerged from the chaos unscathed and ready for a whole new volume.