The Blackest Night has ended, evil has been vanquished and now the Brightest Day begins. With every question that Geoff Johns (Blackest Night, Flash) has answered with the Blackest Night series there won’t be any other mysteries left for Green Lantern or the DC universe. Fear not, there’s actually a bigger mystery in the works now.

We begin with Hector Hammond, a man who looks a little like Sinestro, if Sinestro was a bobble head. He’s speaking with someone telepathically on the Planet Ryut in the lost section of the universe. Our mystery person looks a lot like a Guardian but their face and body are hidden from the reader. They do however have their ankles bound with a green chain. The mystery person reveals they protected the universe for the Guardians before the Green Lantern Corps and even before the Manhunters, We are left with an image of pillars representing the seven Corps and Parallax chained to the Fear pillar. 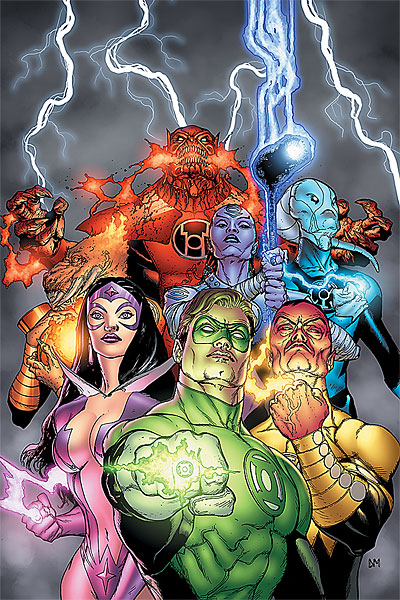 Hal Jordon, after saving the Universe, stays true to his character of being arrogant and funny all at once. The biggest change to the series is the addition of the other Lantern Corps Leaders. Johns bounces from one Leader to the next while giving each of them a meaningful role in the larger story at hand. It’s a natural transition rather than trying to force an angle/reason for the characters to exist in the story. This is yet another great issue to add to Johns’s career. Usually after a big event wraps up, the writer puts out less than stellar work. Johns apparently doesn’t know how to do that.

What stands out the most about this issue is the art. Right off the bat the cover grabs you and says that there is something different in store. Doug Mahnke’s style (Seven Soldiers) has drastically changed from issue 52 of the series and it’s brilliant. It looks familiar at first but then it hits… Frank Quitely (All-Star Suerman). The resemblance is uncanny and really shows the skills of Mahnke. The art breathes fresh air into the series. Following the Brightest Day trend the book is just that, bright! The colors pop from the page and set a new tone for the series to follow.

Green Lantern has invaded everything at DC to the point of over-saturation, which is why this book is so surprising. It feels like a fresh start not only for the series and new readers but for the DC universe at large. Johns and Mahnke make an amazing team that will leave a lasting mark on the series and the fans of Green Lantern as well. 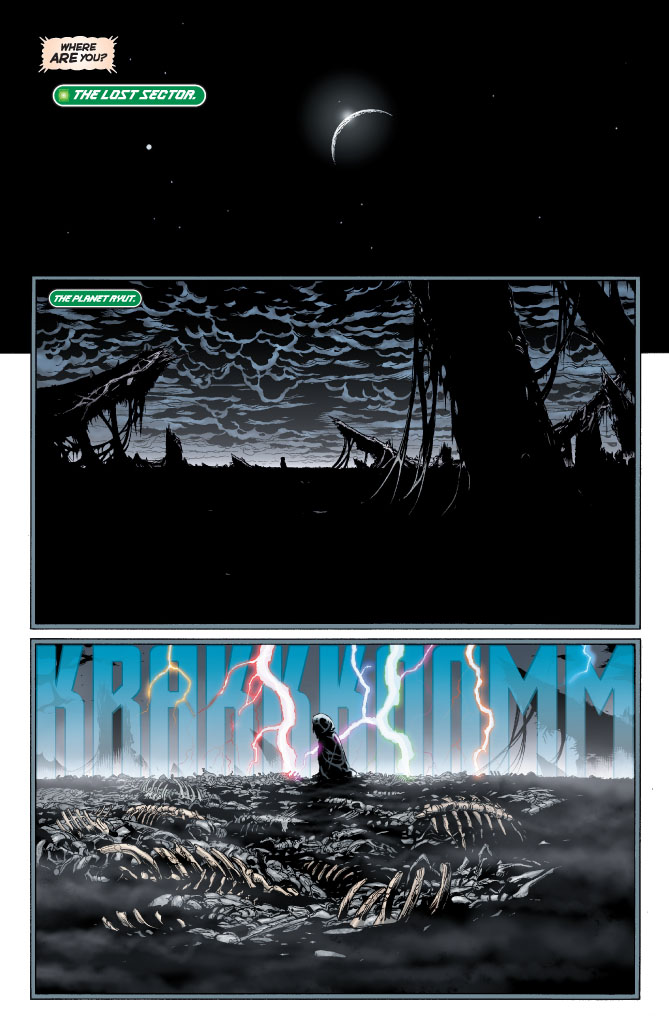 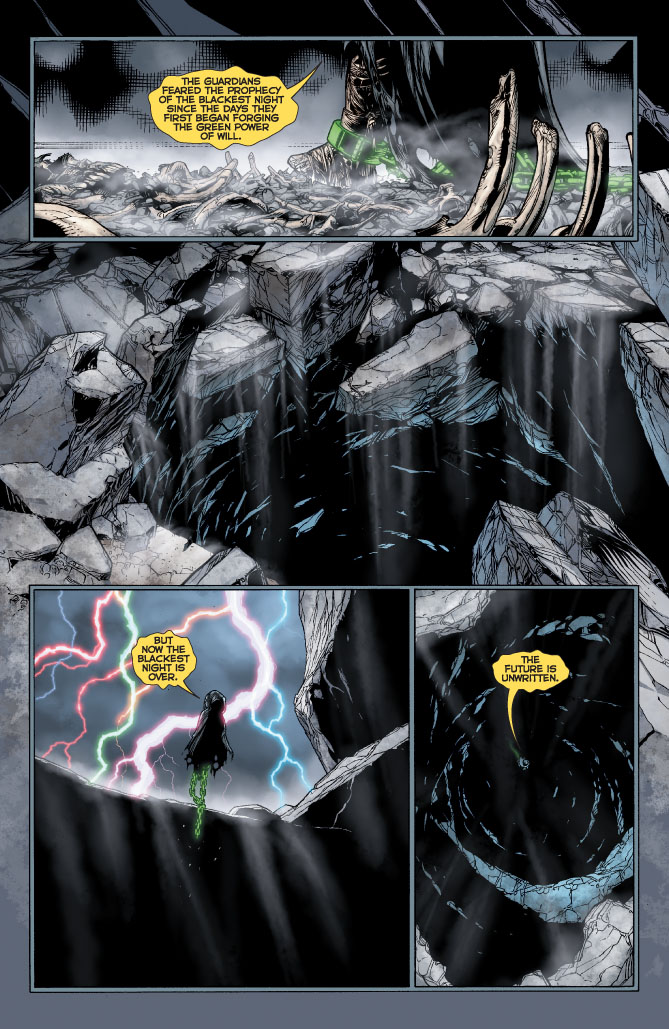 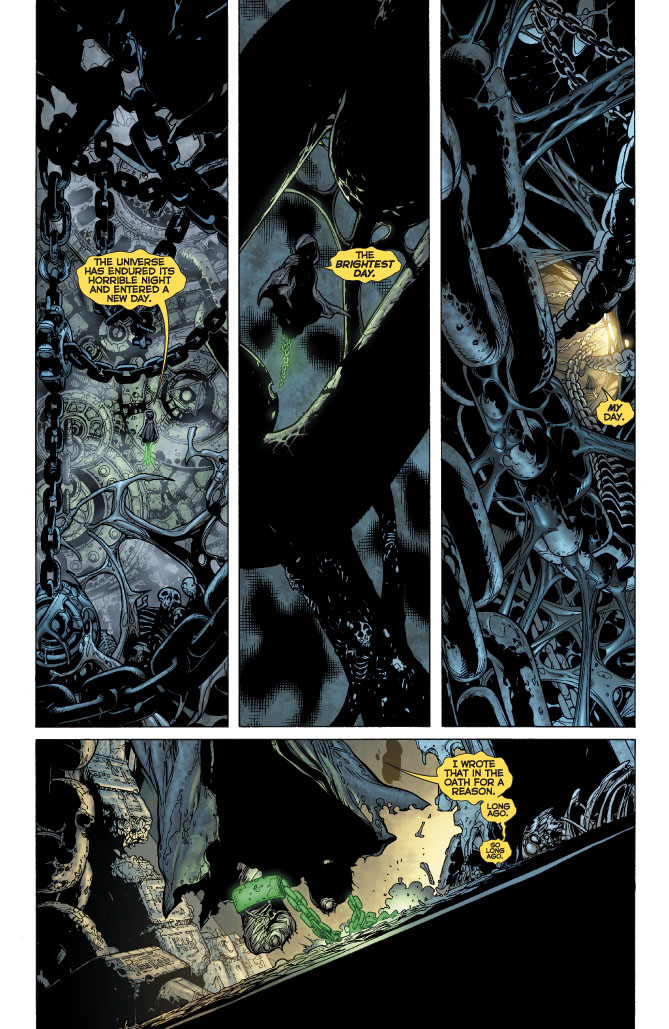 In brightest day, and blackest night, you’ll find that Dustin owns far too many Green Lantern themed T-Shirts. Follow Dustin on Twitter and ask him which Corps is his favorite on FormSpring.
Rating
9.9