A lot of comic fans look at Abin Sur and write him off as the dead guy who gave Hal Jordon rather than Guy Gardner his ring, thus changing the Green Lantern Corps forever. But Abin Sur plays such an intricate role in shaping the entire Green Lantern universe; especially in the comics. Abin may have had to die in order to give Jordon his ring, but the events that led to his demise is one of the best stories ever told in the Green Lantern comics.

Start With Death and Work Backwards

The simple fact is that Abin’s story begins with his death. Abin was a big believer in fate and the prophecy of the Blackest Night, which was to be the darkest day in the Lantern’s history and an event that would see all of the color spectrums united to defeat the darkness. Upon capturing the escaped criminal Atrocitus and returning him to the forbidden sector of 666, Atrocitus tells Abin of his fated death. That his ring will fail him when he needs it the most and will cause his death, because of this Abin begins flying everywhere in a space ship not trusting his ring at all on long distance flights. This ends up being his demise as the ring cannot save him as he crashes to earth. 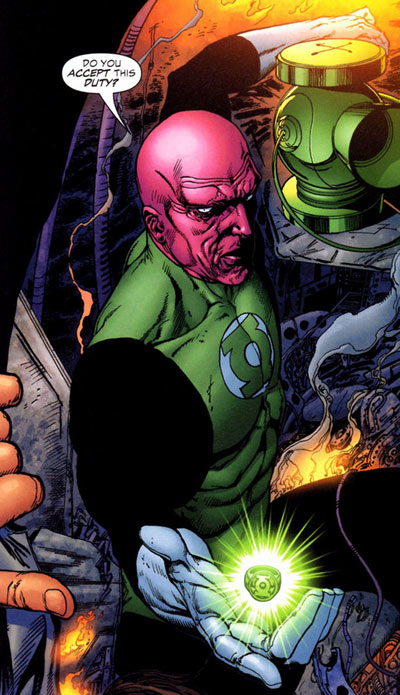 There are two versions of this story. In the version above which is widely accepted, Abin has returned Atrocitus to Sector 666 to hear this prophecy while trying to discover the turth about the Blackest Night. In the other newer version he learns of the Blackest Night prophecy and transports Atrocitus with him in order to find the source of the black emotional spectrum on earth in the form of William Hand. He crashes and Sinestro and newly recruited Hal Jordon must track down Atocitus before he can kill Hand. Little do they know, they are actually fulfilling the prophecy that Abin was seeking to stop.

Why Else Is He Important?

Well to begin with the last point, he’s responsible for the entire Blackest Night prophecy coming true. If he hadn’t been flying in his ship in fear of his ring failing him, he wouldn’t have crashed and died giving the ring to Jordon. He was also Sinestro’s brother in-law and after his death, Sinestro jumped into the deep end without his guidance and friendship. Sinestro would then go on to create the second color spectrum Lantern Corps the Yellow Lanterns of Fear, which moved everyone one step closer to the Blackest Night. 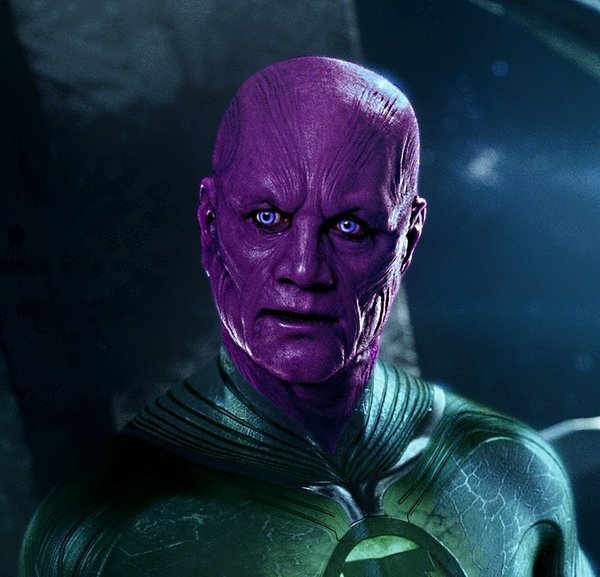 Aside from being friends with Sinestro, he was also very good friends with Tomar-Re and several other well-known Lanterns. What he’s really well known for is defying the Guardians and trying to figure out the cover up of the forbidden sector and the Blackest Night. Towards the end of his life Abin had become less and less obedient and this also played a part in Sinestro’s eventual downfall; as he would pick up Abin's investigation.

Abin may or may not play a big part in this summer’s Green Lantern movie, but one his death is one of the pinnacle moments in DC Comics and the Green Lantern lore. Without him, nothing would be the same which is currently being explored in the Flashpoint tie in Abin Sur: The Green Lantern.