Even if you don't like the character of Hal Jordon, you have to admit that he is by far one of the more interesting characters in all of the DC Universe. Pre-reboot, Hal and the Green Lanterns are one of DC Comics top franchise due to the revival of Hal by Geoff Johns and Ethan Van Sciver in 2004. What a minute… you mean Hal hasn’t always been the one and only Green Lantern? Nope, and in fact he’s not even THE Green Lantern, but one of many that all belong to the Green Lantern Corps. So how did Hal go from being the greatest Green Lantern of them all, to then nearly destroying the Corps and then back to being the greatest? Let’s take that journey together as we learn everything we need to know about Hal before the movie.

Hal’s one of those characters that has had multiple origins due to a long history in the DCU and becuase of that we need to untaggle the mess to find out who he really is. In order to be a member of the Green Lantern Corps you must be able to overcome great fear and that’s exactly what Hal did at a very early age when his father died flying a plane in front of him and a rather large crowd there to watch his stunt flying act. From that day forward there was nothing to scare Hal anymore. He grew up fast and took off for the Air Force against his mother and family’s wishes and became a fighter pilot like his father before him. The problem that Jordon always ran into was that he was a loose cannon and was soon kicked out of the military. He finds himself working as a mechanic’s assistant for a small air company that’s soon bought out by Ferris Air. The same company he blamed for his father’s death and swore he'd never work for. 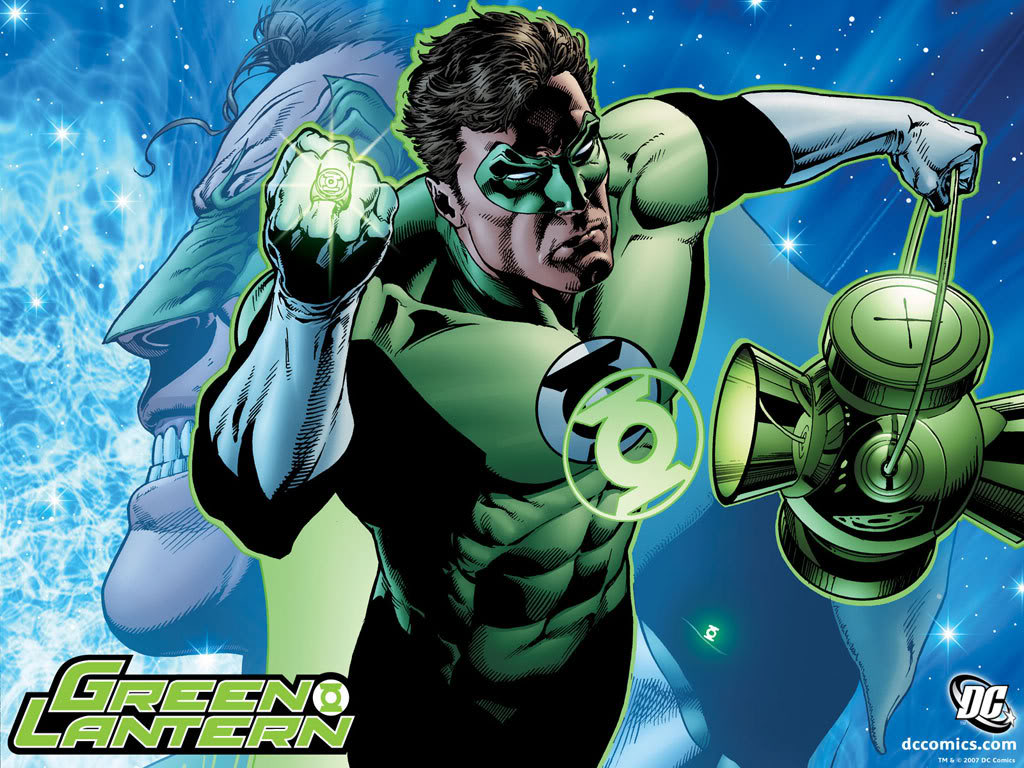 One day while being given a second chance to fly, an alien craft crashes and draws Hal near. There he encounters Abin Sur who has been mortally injured from the crash. Because of Hal’s ability to overcome great fear he becomes the first Earth man to join the Green Lantern corps and inherits Sur's ring as he dies. From there he’s sucked away into space to train, but only after helping recapture Abin Sur’s prisoner Atrocitus with the help of Sur’s good friend Sinestro. As his journey contineus, he goes on to stand up against everyone and show why Earth men should have been in the Corps all along and even paving the way for others like: Guy Gardner, John Stewart and Kyle Rayner. What's important to know from all of this was that he's the one ture Guardian of space sector 2814.

The Rise and Fall of Hal Jordon

For a long time Hal was the best of the Green Lanterns, but due to the loss of his home town of Coast City at the hands of the villains Mongul and Cyborg Superman, Hal goes off the deep end. He’s over taken by the yellow impurity in the Green Lantern power source and becomes the villain known as Parallax. Hal, now Parallax begins using his ring to bring Coast City back from the dead. He begins fighting other Corps members and takes their rings to increase his power supply. Finally he is defeated by Earth’s heroes and takes an arrow in the heart from Green Arrow one of his closest friends. Of course he all but destroys the Green Lantern Corps and leaves only one power ring and one Guardian left to patrol the universe. The ring goes to Kyle Rayner who becomes the only Green Lantern in the galaxy and really looks like the end of Hal and the Corps. 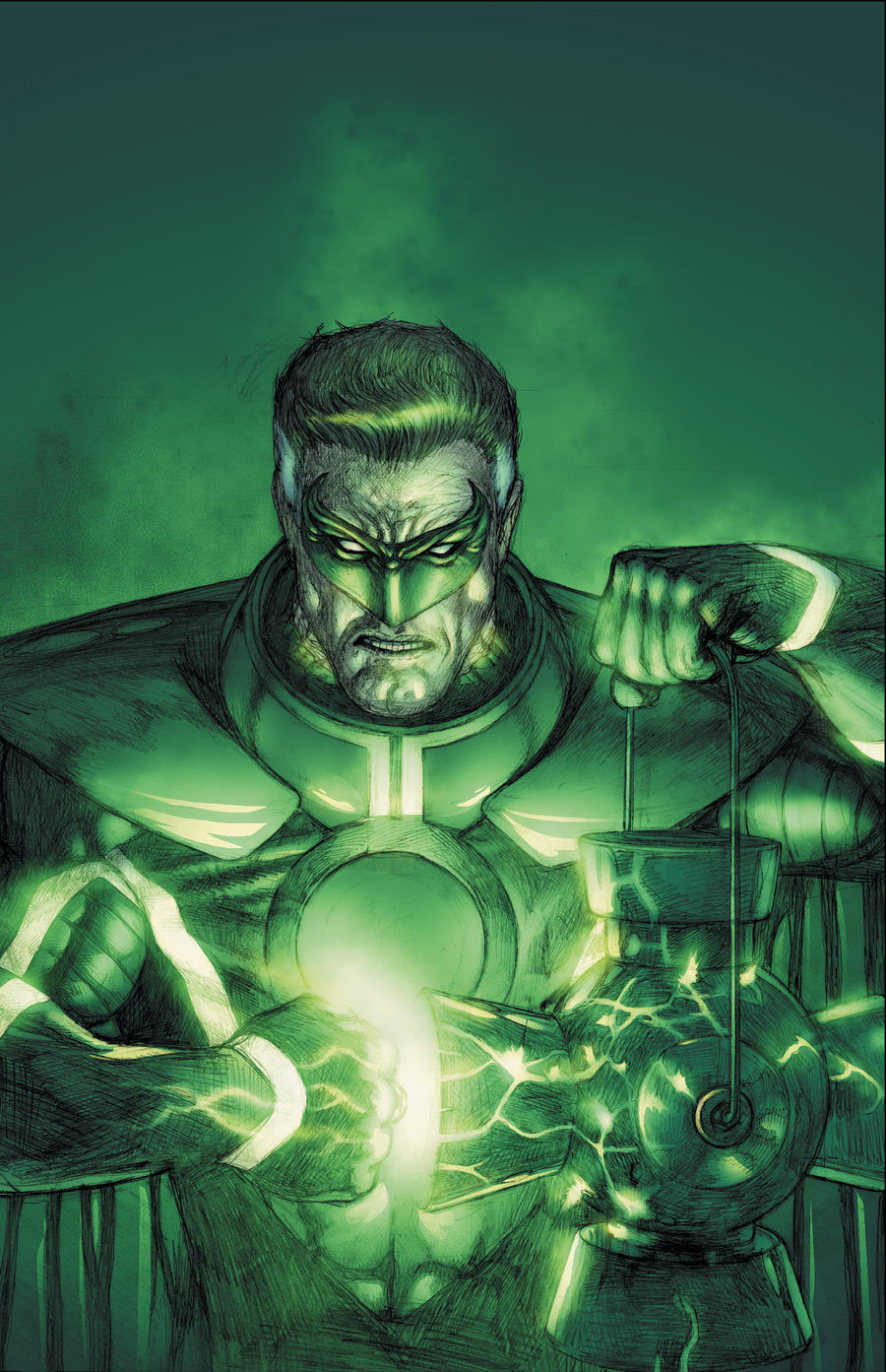 The now dead Jordon wouldn’t be kept out of the DCU. His popularity forced his return, but much to the displeasure of his fans he became the new Spirit of Vengeance a.k.a. the Spectre. It wasn’t to last though as fans mostly hated it and couldn’t accept Kyle as the new Green Lantern, which leads us to Rebirth. The story of Rebirth took Hal and the Corps muddled past and made a cohesive story that from afar looked very well-orchestrated. Kyle retrieves Hal’s body from the sun only to have him come back as Parallax again, but this time the Spectre is there to stomp out the bad that has corrupted his soul. Eventually Jordon is returned to his former self, younger and mortal. He begins ring slinging instantly as he fights a very much alive Sinestro. With Jordon’s return soon the Corps is back and up and running and begins finding new recruits with the ability to overcome great fear. The greatest Green Lantern was back and marked a new era for the character and the Corps.

All You Need To Know Right Now

Hal’s return was well received and Green Lantern quickly became a must read book from DC. In fact it’s one of the few books that practically every comic fan reads. Writer Geoff Johns has been with the book since Rebirth and even with the pending Reboot, he’ll continue writing the book and plotting the world of Green Lantern. It’s a shame that the reboot is about to undo everything that Johns has been working on since coming to Green Lantern nearly eight years ago. He’s concluded a thirty-plus year old story line started by Alan Moore with Blackest Night. An event that made a Lantern Corps for every color in the spectrum and brought us the Black Lanterns which were essentially super powered Zombies. Currently the War of the Green Lanterns is wrapping up, as Hal and the other Earthmen are forced to take on the Corps that has been corrupted by Parallax and a long forgotten Guardian.

What you really need to know about Hal Jordon and the Green Lantern series is that it’s one of the best characters and runs in comics today. It showed DC that a book that didn’t star Batman or Superman could sell better than those books could. It also showed that the GL universe was stronger than Bats or Supes, because their spin off books didn’t need to star Hal in order to sell and maintain a fan base unlike Detective or Action Comics. With the summer movie coming up it’s a good time to pick up Secret Origin written by Geoff Johns and penciled by Ivan Reis which is more or less the outline that the film will follow. But what you really need to know about Hal Jordon, is that he's a total bad ass. Good luck Renyolds you're going to need it if you're going to be accepted by fans the way Hugh Jackman is.

You can't not know the Green Lantern oath and what better place to post it than with Hal Jordon's character affinity. So here it is. Remember it, recite it and cherish it!

In Brightest Day, in Blackest Night, No Evil shall escape my sight. Let those who worship evil's might, Beware my power... Green Lantern's Light!