Green Lantern: The Animated Series Season One Review – Doomed by a Bad Movie

2011 was meant to be the beginning of a new era for Green Lantern. By this point, the Green Lantern franchise in the comic book medium had risen in popularity to the extent where it was rivaling Batman at DC Comics. It was now time to break out into the mainstream with a feature film and the beginning of its own animated series. Yes, the series technically began in March of 2012, but the one hour premiere and much of the hype for it happened in 2011. And you know, I wasn’t optimistic at all back then. I had seen all the previews and was not impressed. My predictions were that the movie would be an overhyped flop and the animated series wouldn’t last beyond a season. 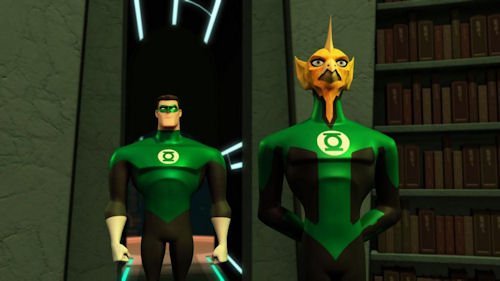 Green Lantern: the Animated Series began under some questionable footing. It was a new DC animated series from the great Bruce Timm, but it was separate from the much-loved “Timmverse” he helped create through several past shows such as Batman: the Animated Series and Justice League Unlimited. It featured his recognizable artistic style, but it translated that style into computer generated animation that divided people. Finally, it focused on the Red Lantern Corps as the primary villain to begin with rather than what fans considered more suitable and iconic threats. There was quite a bit of uncertainty about Green Lantern: the Animated Series when it began, and the failure of the Green Lantern movie only added to that.

I would like to say the series came storming out of the gates and trampled away all these doubts, but that isn’t what happened. The truth is the series got off to a slow start. The premiere and early episodes were good, solid affairs but really didn’t impress. An early appearance by fan-favorite character Mogo helped. Still, the characters in the cast really didn’t exactly pop off the screen from the strength of their personalities. The series’ take on the Red Lanterns leaned toward kind of stock villainy too. Even Atrocitus, who I think is one of the more compelling Green Lantern villains in comics, came off as a rather standard boss villain in animation. 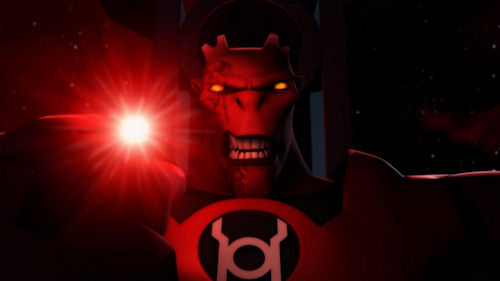 I grew used to the animation style over time, especially as it improved with some really impressive scenes later on. But the truth is, it never actually won me over. This wasn’t a case like with the current Teenage Mutant Ninja Turtles series, where people disliked how the animation looked in previews but quickly fell in love once it could be seen in action. Really, Timm’s style just didn’t translate well into CG animation. It had the look of the Incredibles or Toy Story, but that wasn’t the tone the stories were going for.

As the series progressed, the early flaws fell by the wayside. It turned out all the cast needed was time and to bounce off one another for their personalities to really start to shine. The show made the interesting choice to have half its main cast be characters original to it. Razer and Aya, who really became the stars of the show, do not have comic book counterparts like Hal Jordan and Kilowog do. What this helped do was add something fresh to viewers who were fans of the comics. It created an entertaining dynamic that was truly unique to the show.

Yet, that didn’t mean comic fans had nothing familiar to get excited about. Quite the opposite. Beginning with the appearance of the living planet Mogo, the show included more and more elements from comic book mythology. This became more exciting as other colors from the Emotional Spectrum were included in the conflict between the Green and Red Lanterns. You have to understand. For both younger and older Green Lantern fans, this was the first time we really got to see this stuff anywhere besides comic book pages. It’s not like being a fan of Batman or Superman. This was the first time a show focused on Green Lantern. We were actually getting to see the various Guardians and alien Green Lanterns. The other colored Lantern Corps were really appearing. For Green Lantern fans, this was a huge thrill. 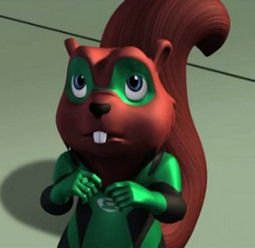 One of my personal favorites had to be Saint Walker. He doesn’t do much for me in comics, but the show managed to bring such life and personality to him that I immediately became a fan. And how could I not love Ch’p, the squirrel-looking and most badass Green Lantern in the show?

Though it was only one season, the series gave us the illusion of two by splitting it into two 13-episode story arcs. The first focused on the Red Lantern threat, and despite having quite an awesome and action-packed finale, it never really came together in an interesting way. As I’ve said, the Red Lanterns began as sort of stock villains and never rose above that state. Fortunately, the second story arc made up for it. The Manhunters were a more classic Green Lantern threat, and the ensuing crisis developed in a much more meaningful and intriguing way. The parallels between Aya and the Manhunters and her eventual fall to darkness worked in a much stronger way than the connection between Razer and his defection from the Red Lanterns did in the first half of the season. But to be fair, this does partly owe to the time spent in the beginning half developing the characters.

It brings up an interesting point too. Despite being the main character who the show was titled after, Hal Jordan was never really the focus. The story just wasn’t about him at all. It was about Aya and Razer. It was about their relationship, the loss of Aya’s innocence and the reclamation of Razer’s hope. Hal had no character arc to speak of, and his role in the series was generally to be witness to Aya and Razer’s journeys. This is arguably no different than how it is in the comics, though. Even during the highly popular comic run by writer Geoff Johns, the true stories were about everyone except for Hal Jordan. 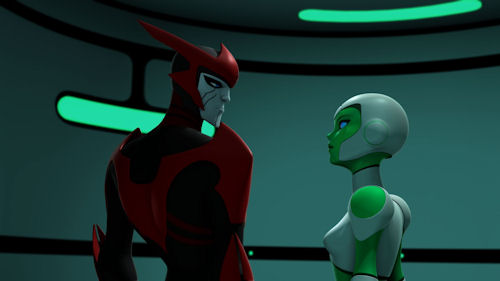 The latter half of the season also brought Green Lantern fans what they most wanted, even if only briefly. Under the delusion that the Green Lantern movie would spark a whole movie franchise, Warner Bros. disallowed the use of Sinestro in the show. This was a huge deal. Let me put it into context for non-Green Lantern fans. Not being able to use Sinestro was akin to not being able to use the Joker in a Batman series or Lex Luthor in a Superman one. Thankfully, that decision was reversed when the failure of the Green Lantern movie finally sunk in, and we were able to get Sinestro for an episode. It was easily among the best episodes of the series, but it comes with a bittersweet aftertaste. Had the series got a second season, you just know Sinestro would have been a main player.

The cancellation of Green Lantern: the Animated Series shouldn’t be used to judge its quality. The show struggled in the shadow of a failed, big budget movie. While Green Lantern’s box office take was lukewarm and its critical reception poor, its true failing came from the merchandise. The movie’s excessive hype funneled tons of movie merchandise into stores that, to this day, are still trying to unload it in their clearance bins. No one wanted more Green Lantern merchandise, even if it came from a show that actually turned out to be quite good.

While it didn’t blow me away right from the start, Green Lantern: the Animated Series soon became a wonderful mix of drama, humor and action. It could transition seamlessly from Three Stooges antics of Hal, Razer and Kilowog to the tragic fall of Aya in a way that really is the mark of excellent storytelling. It also gave comic fans something new. This wasn’t yet another variation on a Batman show. In fact, this may have been the only DC animated series to not feature a Batman character. Had it been allowed to continue for another couple seasons, I have no doubt Green Lantern: the Animated Series would have been rememered as one of the greats in DC animation.