"One of the adventure genre's most cherished releases gets a very welcome refurbishing"
By: Euan Dewar | PC Reviews - PS Vita Reviews - PS3 Reviews - PS4 Reviews | February 2, 2015
One of the great opportunities presented by this recent wave of remasters/re-releases/re-etc etc. is that of developers and publishers to dig out games that got lost in the tides of time a little bit, and bestow them upon a new audience for fresh reappraisal and admiration. Grim Fandango fits this mold almost perfectly. 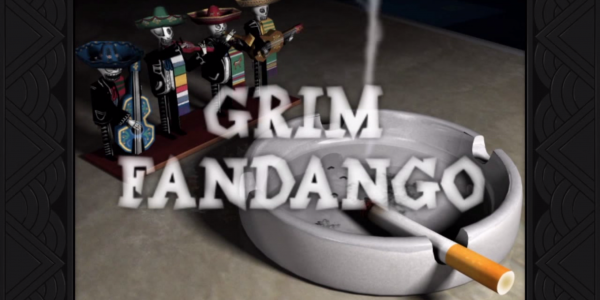 Released originally in 1998, the brainchild of Adventure game design legend Tim Schafer, it has since been regarded as one of the sharpest and most unique releases amongst the many classics Lucasarts released in that era. Unfortunately though, due to various reasons and despite much acclaim, it never achieved the audience of say a Monkey Island or a Sam & Max. Now thanks to Schafer's DoubleFine studios people have a chance to see what all the fuss was about.
One can scarcely imagine a better game to bring back. There's always a danger that gameplay and graphics will age poorly, but writing, characters and plot, the things that Grim Fandango is renowned for doing well, these things transcend ageing and are unlikely to be affected by the 17-year wait. And, sure enough, these facets all hold up as much as you could want them to.
Set in the 'Land of the Dead', a world that deftly combines classic Film Noir tropes and the basic fundamentals of the Aztecan belief in the afterlife, you play as Manny Calavera, a skeletal travel agent of sorts struggling to sell travel packages to the souls making their journey through the land towards their final resting place of the underworld. Manny's own four-year journey is spurred on by a desire to save Meche, an honest new soul in the land who has gotten swept up in a Maltese Falcon-esque noir conspiracy.
As compelling as the plot and it's winding specifics are, the real stars are the beautifully written characters you'll encounter along the way. They're written with a sense of wholehearted sincerity that is rarely found in games, even those that Schafer/Lucasarts had worked on before this. 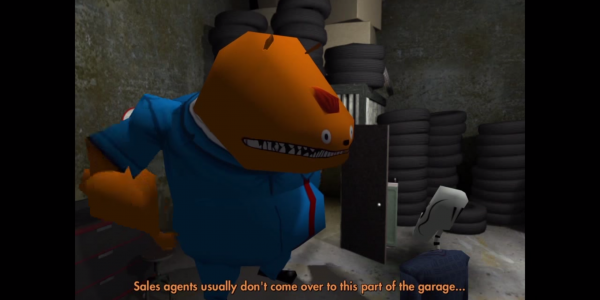 Take, for example, the enormous bugger that is Glottis, your trusty companion and car fixer-upper. At first blush he seems like your typical big lug with a heart of gold character, awkwardly lumbering his way through scenes, making goofy statements along the way. However by the end of the game he has been through a character arc of real ups and downs, going from what seems like a tired stereotype to a properly multi-dimensional personality among a cast of many.
This character progression is helped by, as I mentioned before, the story's four-year timeframe. Grim makes the most of this angle, as each new year and jump in time brings new complications to the character's lives and changed surroundings. It's not just a gimmick, it's an authentically meaningful narrative device that endears you to the game's world more than you would get without it.
Outside of these aspects though, how does the rest of the game fare in terms of ageing? Well, the results are mixed. Graphically, your eyes are in for a really uneven experience. The character models, shadows and other dynamic parts of the game's visuals have been given a nice upgrade and look fairly good, but the very 1990s-looking low-resolution backgrounds haven't, meaning that there's a constant awkward disparity between the two. The overall art design is elegant enough that if you're like me you might not mind, but if you're the kind of person who really values graphics then you might be left cringing every now and then. 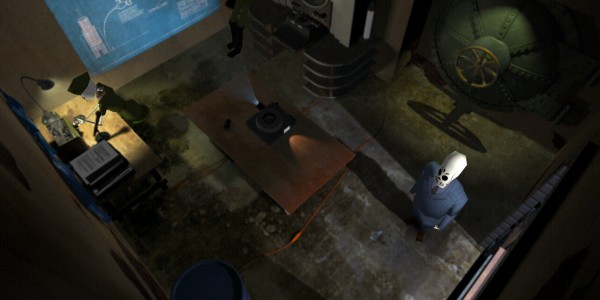 A chief worry for most will be the freshness of the core exploration and puzzle gameplay itself. Older adventure games have a bit of a reputation for obtuse and just plain ridiculous puzzle design, leaving the player wondering how they were ever meant to figure out some nonsensical item combination in the first place. Now, Grim Fandango does suffer quite heavily from this, but with one slight (and depending on your viewpoint, possibly meaningless) caveat" In this world this style of puzzle design actually kind of fits, believe it or not.
There's a contorted nature at the heart of the game in which combining a balloon-animal dingo with some bread to progress actually makes an odd amount of sense. In a land of absurdity, said absurdity becomes the standard, y'know?It's worth stressing though that if you really despise this sort of gameplay then this will not change your mind on it.
Another defining feature of Grim Fandango in it's original form was the way it eschewed traditional point & clink controls in favor of a tank-like control system, one intended to make exploration feel more intimate. It's does so effectively in my opinion but, as anyone who's ever struggled through an older Resident Evil game will tell you, it's not for everyone. Thankfully for those who don't fancy the sound of tank controls, DoubleFine have provided an alternative. 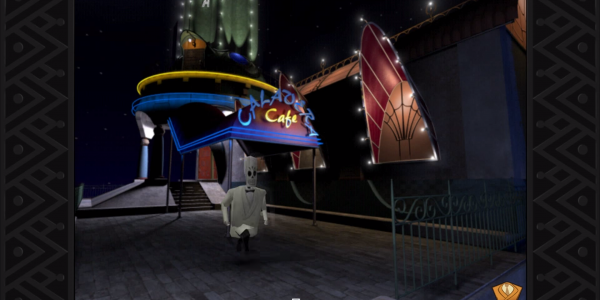 On console you can switch to a more conventional scheme in which Manny just simply moves whatever direction you push the analog stick., As you potter around his head will turn to look at items he can pick up/interact with, people he can talk to and so on. On PC however, your alternate control option is that tried and tested point & click that the original release chose to forgo in the first place. Playing with these controls speeds up the game a fair bob, and it's superior functionality will probably be more to the taste of the average PC player, but it does remove some of that feeling of participation that the other alternatives afford.
Although this isn't the most fully-featured of remasters, it does include one little treat for newcomers and old fans alike: Two and a bit hours of developer commentary featuring Tim Schafer and friends. This sort of thing can be hit-or-miss depending on the people involved, but thankfully the group that's been gathered together here are full of ebullience and fascinating stories from their time working on the game. As I've noted, Grim is a delightfully earnest game, and listening to these people chat and share memories it's clear to see where that feeling stems from.
Grim Fandango is so packed with idiosyncrasies that it stands out from the crowd even 17 years removed from it's original release. For most people, it'll be a case of how many of these eccentricities delight you, and how many rub you the wrong way. But one thing is for sure though: You don't need the benefits nostalgia to see what it does well. If you cherish games that create defined, full-bodied worlds and fill them with smartly-crafted characters, then you owe it to yourself to give this remaster a try.
Rating
8.0
Pros