By: Matt Rowles | PS3 News - Xbox 360 News | December 9, 2013
Just when things were beginning to go slightly quiet regarding the biggest game of the year we now have a whole new slew of announcements regarding new content for Grand Theft Auto V. Having been shown off previously by Rockstar and in some leaked videos the GTA Online Content Creator is finally making it's way to consoles this week, presumably when the weekly updates arrive.
Tentatively being called a beta presumably to calm down the backlash when things don't go smoothly to begin with, you will be able to create your own Races and Deathmatches  as well as download, rate and play others made by the GTA community. If you create something deemed worthy you could even be featured by Rockstar themselves to get more people playing your created content. 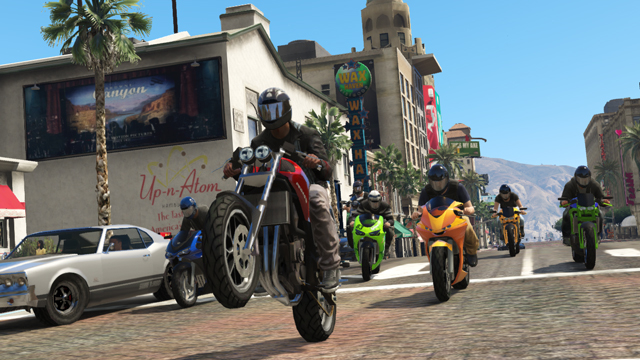 More interestingly a new mode called Capture will be added to GTA Online sometime later this month. The mode is GTA's take on Capture the Flag, will contain 4 different variations and more details will be released next week. In addition, the plans for 2014 is where things get more interesting.
Finally the online heists that everyone has been waiting for are coming with new details available in the new year. New single player content has also been teased for the first time. Not much is known currently except for one statement by Rockstar which reads, "we have big plans for substantial additions in 2014 continuing Michael, Franklin and Trevor's action, mayhem and unexpected adventures in Southern San Andreas."  While unlikely, let's hope it is as fantastic as the DLC for GTA IV was which is still the best DLC I've played for any game to date.
So there it is. Plenty of new GTA content on the way and we still have the inevitable PC port (still unannounced) as well as a seemingly more likely port to next gen. GTA looks to continue it's dominance of 2013 all the way through to next year and beyond.