"GTA V PC Version coming April 14th, Heists arriving on March 10th"
By: Euan Dewar | PC News - PS3 News - PS4 News - Xbox 360 News - Xbox One News | February 24, 2015
We got some good news and some delayed good news for all you Grand Theft Auto fans out there (which is probably everybody, considering the sales figures). First up: Rockstar have confirmed a release date of the 14th of April for that long-awaited PC version. This news comes after it was already delayed from its original release date of January 27th to March 24th. Take your hands off that mouse and keyboard for a second and cross them in the hopes that is the final delay. If you pre-ordered the PC version you'll get $200,000 in-game cash for use in GTA Online for your troubles. 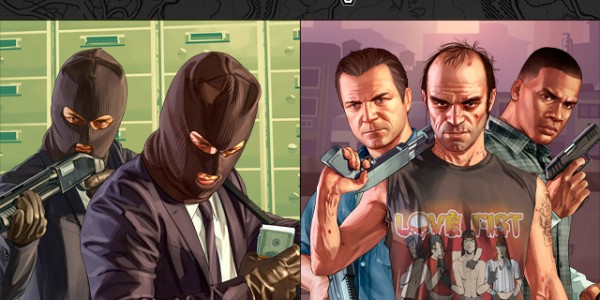 Also, get this, we've finally gotten a release date for the long, long, looooong-awaited Heists in GTA Online. March 10th, to be specific. The whole process of waiting for these heists to be released has been so drawn out that I sort of don't believe them at all when they say it's coming. But hey, apparently it is.