“Hellboy” creator Mike Mignola has dashed the hopes of the series' patient fans. Speaking with The Daily Blam, Mignola states what fans of the films feared: Guillermo Del Toro is too busy to do a “Hellboy 3.”

“Last I heard he said he would not make it…last I heard, he said 'I'm never gonna get back to Hellboy.' I'm not surprised because he won't live long enough to do a tenth of the movies he's told me he's going to make…I can’t imagine him making ‘Hellboy 3.’”

The first “Hellboy” film wasn’t what studios would call a major blockbuster, but gained enough business and a dedicated following to warrant a sequel in Hellboy II: The Golden Army; arguably better than the first. Still, “Golden Army” was unable to elevate the series into the stratosphere, and dedicated fans have been waiting patiently to hear if Guillermo Del Toro—director of the first two films—would return for a third round.

While Del Toro himself hasn’t publically stated he wouldn’t return to the series, it’s a safe assumption that Mignola speaks the truth, given the number of projects Del Toro is either lining up to direct (Pacific Rim, Frankenstein, At the Mountains of Madness) or produce (Don’t Be Afraid of the Dark). No word on whether or not the “Hellboy” film series is finished or not, but Del Toro’s lack of involvement is a setback for the potential threequel. 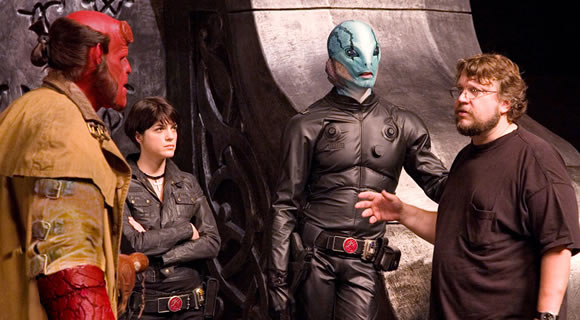