By: Steven Chaitman | Movie News | April 20, 2012
Those of you whose interest wained after the mild disappointment that was Iron Man 2 and then watched it wain even further when Jon Favreau departed the franchise might have cause to be interested in Tony Stark's future adventures.

Casting is in full swing for Marvel Studios' Iron Man 3, and after landing Ben Kingsley as the villain a week and half ago, director Shane Black has snagged another respected talent in Guy Pearce. 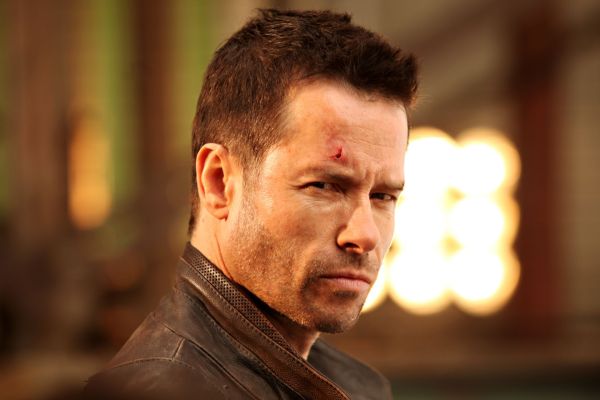 Pearce will play geneticist Arthur Killian, according to Variety, who is a character from Warren Ellis' comic Iron Man: Extremis, part of the inspiration for the first "Iron Man" film. In that series, Killian helps create a nanotechnology virus with the ability to sync up man with machine that somehow escapes the lab and into the real world, where in the wrong hands it can be quite dangerous. This is where Kingsley comes in as a villain who is still supposedly not The Mandarin.

Now to have some fun with speculation. Considering the nature of the nanobots, Tony Stark could well be connected to or extremely interested in this technology, and you have to guess he then must contain it.

Pearce, who opened the space prison action-thriller Lockout to less-than-satisfactory results last weekend, joins star Robert Downey Jr. as well as Don Cheadle, Gwyneth Paltrow and Scarlett Johansson. So far, Pearce and Kingsley are the only new additions, but that will change with Iron Man 3  starting principal photography in May.