Think back to when you were 14 and then get jealous that whatever you were doing, chances are your life wasn’t like young Hailee Steinfeld’s currently. After blowing near everyone (in and out of Hollywood) away with her Oscar nominated turn in last year’s True Grit, Steinfeld has moved to her next project: the titular role of Sleeping Beauty.

Deadline reports that a spec script — written by Lindsay Devlin — is already out to prospective buyers and is being called a “revisionist take” on the classic tale. Apparently, this “Beauty” would focus on the young princess’s descent into dreams, during her sleep.

This news is just the latest in a (very) long list of fairy tale “revisions” coming out of Hollywood since Tim Burton’s Alice in Wonderland grossed over $1 billion worldwide. The latest of these to come to theaters was Catherine Hardwicke’s Red Riding Hood, which has struggled to find traction with box office sales due to poor critical reception/word of mouth. 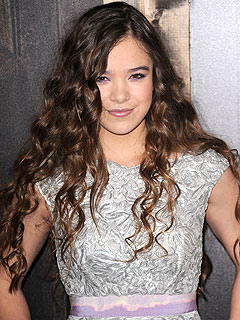 Other fantasy projects currently in the works include Snow White and the Hunstman with Kristen Stewart and Charlize Theron (being made by Universal), The Brothers Grimm: Snow White with Julia Roberts and Armie Hammer (for Relativity), Hansel & Gretel: Witch Hunters with Jeremy Renner and Gemma Arterton; Peter Pan with Channing Tatum and Oz: The Great and Powerful that will star James Franco. If the news of Steinfeld’s involvement with Sleeping Beauty was not enough, Maleficient is still gestating about Hollywood. The film focuses on the villainess of the "Beauty" story and Tim Burton has been cited as director with Angelina Jolie rumored for the titular part.

What say you, dear readers? Are there any opportunities for greatness here or are we experiencing another “Flavor of the Week” wave of themed movies?