I have never been a fan of RPG games. I never found much joy in customizing my character to look like a giant bear-man, or playing out long, drawn-out quests for a cute item. Truly the only time I can stomach this is when there is multiplayer involved. But fear not! Half-Minute Hero: Super Mega Neo Climax Ultimate Boy comes to save the day in his usual, quick fashion, for all of us too inconsistent or impatient to play out long RPGs.

Half-Minute Hero: Super Mega Neo Climax Ultimate Boy, or HMH for the sake of space, is a casual RPG developed by Opus. The basic story is that a spell has been released on the world, ending the world within 30 seconds of the spell being cast. Fortunately for us, there is a time goddess who is willing to reset the 30 seconds for a bit of gold. Within that small timeframe, our hero has to level up, complete quests, and defeat the evil caster of the spell. The only problem is that the spell keeps being heard by more and more enemies, meaning your quest is not over until the spell has been forever forgotten! 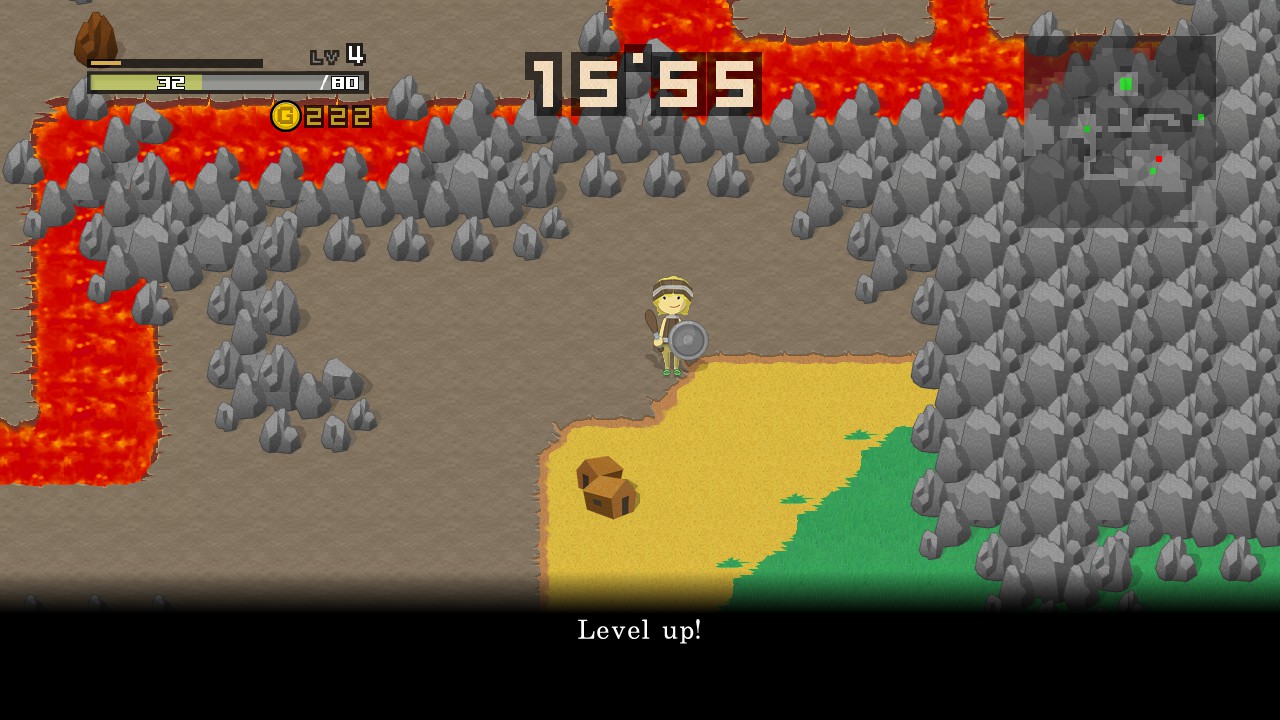 In terms of gameplay styles, HMH takes the cake. It boasts many modes of play, moving between three alternative characters that have different playstyles to be learned. It begins with the basic story, of playing a hero who must stop the 30 second destruction spell, but unlocks more game modes as you progress. Of course the unifying feature between all three characters is the idea of 30 seconds being used to complete a mission. All of the game modes have a similar appearance and pace, taking on a map where you explore large landscapes in a top-down view, similar to the early Final Fantasty games, and then a simplified sidescroller mode to fight bosses and enemies, which is necessary to level. The music is perfectly suited for the style of play that is necessary to win, keeping the rock hard and the tempo fast, just like the 30 second breakneck gameplay pace. 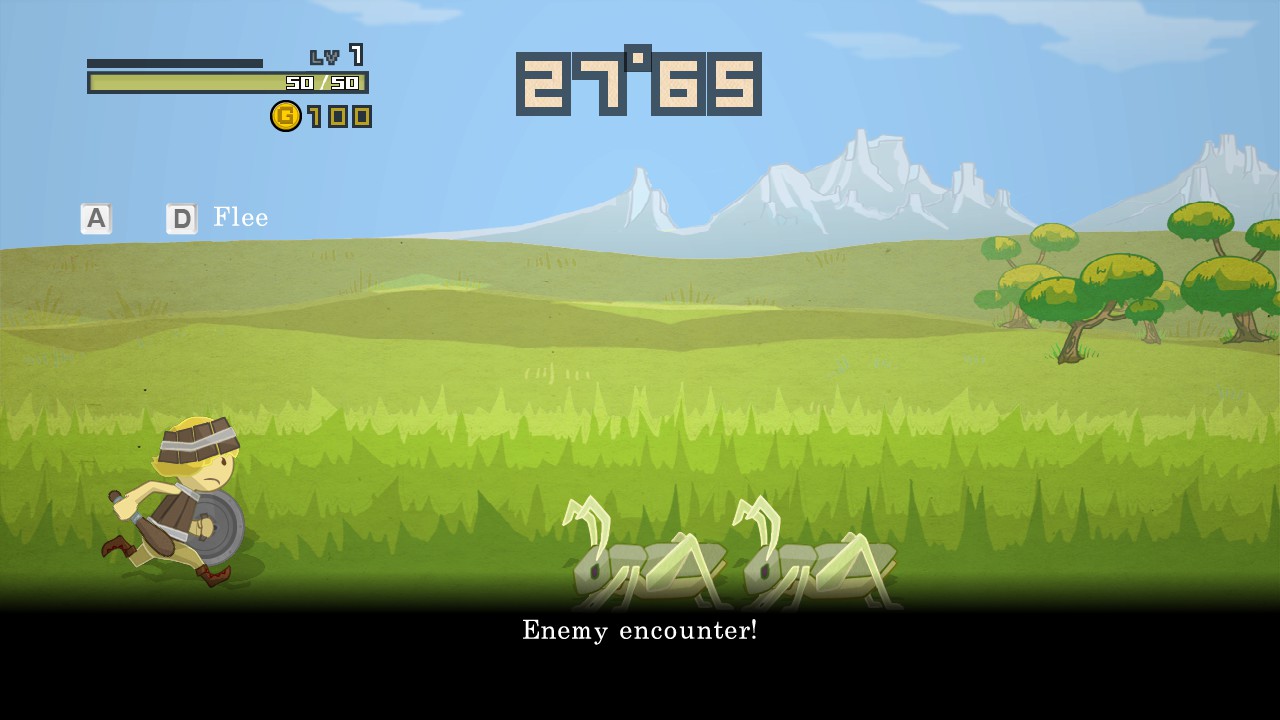 The game provides plenty of variances to be explored, which allows for diversity in play and appearance. On the main menu, there is an option between a more updated graphical choice, and then a pixel art version that throws back to old JRPGs. There are also all of the gameplay choices available as the story progresses, which alter how you play similar levels. In the original mode there are only weapon choices, and your character just slaps the enemies as you level. However, as new modes are unlocked, things such as summoning minions in combat become an option. There is also the crucial choice between keyboard and gamepad, which they strongly side with the gamepad stance. I've tried both and can say for sure you'll want the gamepad. Lastly, there is a multiplayer mode, which allows for missions to completed with a friend. In terms of general appearance and character choice, there is enough choices not to feel limited by the very focused style of gameplay. 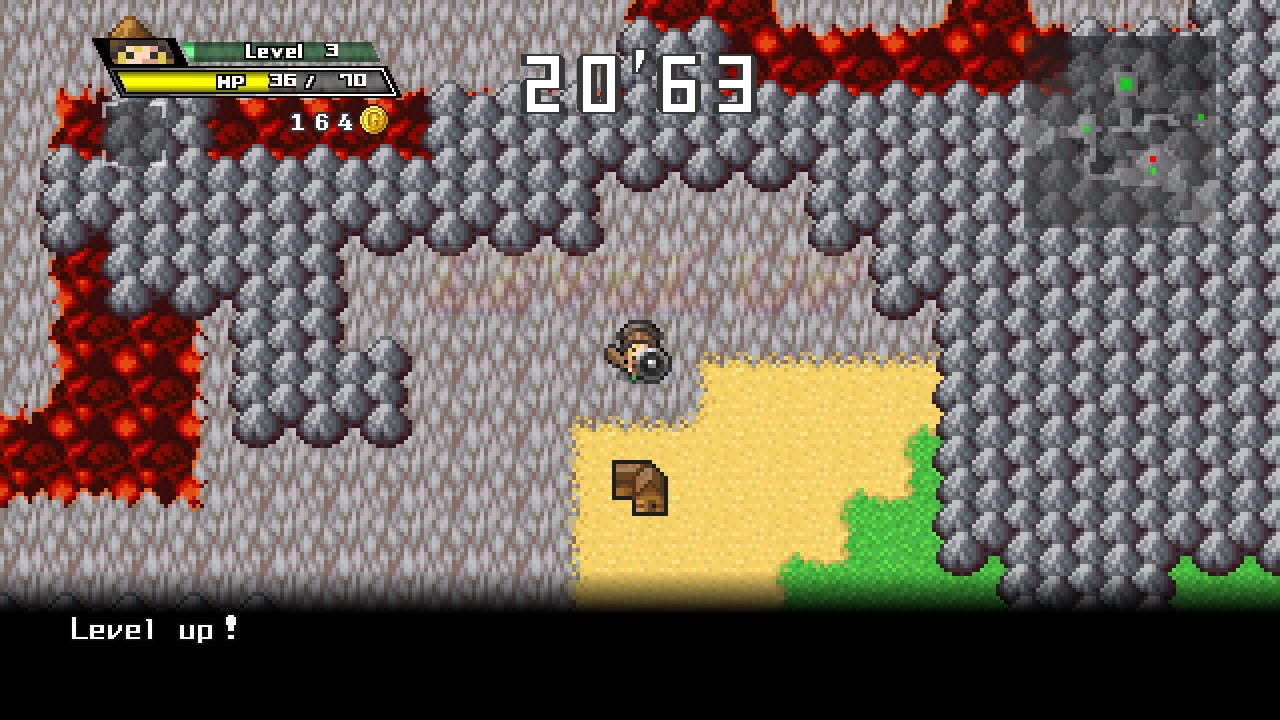 Quite honestly, I can't find much of a flaw within the game. Of course, the repetition of the game could make it seem boring, but there isn't enough time to really consider the fact that you are doing essentially the same thing over and over. The only way I can truly see someone finding flaw with the game would be to bring it out of its original intentions, which isn't fair to any game.

Leaving it as a casual RPG puts HMH at best in its class, and I would highly recommend Half-Minute Hero: Super Mega Neo Climax Ultimate Boy to anyone who enjoys video games at any skill level. Sure it can be a bit repetitious, however it is a nice reprieve from hardcore FPS or RTS games. Opus outdid itself in terms of providing a nice and concise game for all to enjoy. Half-Minute Hero is currently on Steam and worth every single penny.