Watching the E3 2012 Halo 4 trailer for the first time, one thing immediately jumped out at me: Halo is returning to its roots. Memories of 2001’s Combat Evolved (which I still think is the best Halo game in the franchise) flashed back before my eyes. Underneath the heightened intensity and beautiful graphics, Halo 4 is Combat Evolved all over again. There are two major plot similarities that can’t be ignored. 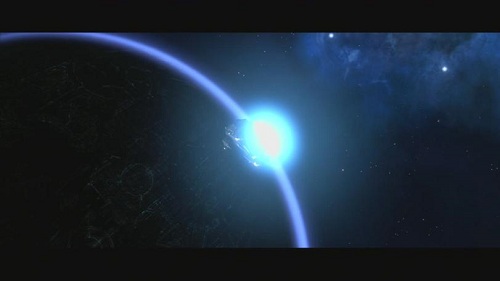 This is what gets me most excited about Halo 4. What made the first game so enjoyable was the fact that you were on an unknown world and you never knew what to expect. In one level, you’d be cruising your Warthog on a beach and the next thing you know, you’d be driving in the snow. Besides environments, you also wouldn’t know what to expect in terms of life forms. I consider the revelation of the Flood as one of the all-time best moments in video games. It was so totally unexpected and the moody shift the game took is a tough act that few games have been successful at following. With Halo 2 and 3, we were already familiar with the world. Another ring planet? Yawn. Earth? Haven’t seen that before in a video game. The Flood? Minor annoyance.

Halo 4, so far, looks to bring back that element of adventure and mystery. Gamers have been dying to know since 2007 what that strange planet Master Chief was floating towards at the end of the Legendary playthrough of Halo 3. From the trailer, it looks just like Earth, but that is what we thought of Installation 04 the first time we saw it. What is waiting in those dark, foreboding forests?

I couldn’t help but groan when I saw, once again, Master Chief shooting at Grunts and Jackals. But, the trailer quickly took a 180 and finally introduced us to a new enemy that is (probably) not Covenant- or Flood-related: Forerunner AI. What are these things and what are they protecting? Much like how Installation 04 was meant to hide the Flood, who knows what secrets this Forerunner planet has. 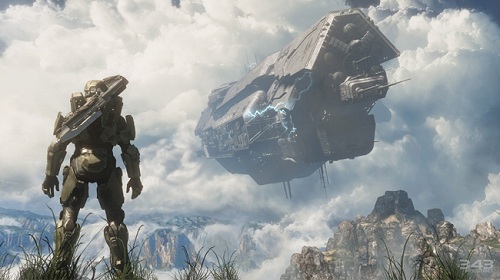 Sure, what space-related game doesn’t have a gigantic spaceship? Halo 2 and 3 had them. What does Halo 4’s Infinity have to do with the first game’s Pillar of Autumn? They both crash onto an unknown world. One of the major plot points in Combat Evolved was discovering the location of the Pillar of Autumn. Will Halo 4 be the same? You bet. Master Chief will be hunting that ship down to find the survivors, if there are any. Will we be exploding the crashed ship’s fusion reactors to destroy the planet?

It’s difficult to say whether Halo 4 will be following Combat Evolved’s lead with only a short trailer to go on, but there are similar plot points and that is a good thing. But, too much of a good thing could be bad: If we see a Library level, we’ll know that Halo 4 is trying too hard to be like the first game.