It's already been announced that the upcoming Halo: Combat Evolved Anniversary will feature Kinect controls in some capacity. Well, now we know that not only will you look like a doofus in front of your television, but other people in the room might think you're talking to yourself (or an advanced AI in your head).

Voice commands dominate the functionality, and will allow you to reload, throw grenades, and switch to the original Xbox graphics. That last one has me dying to know what the voice commands are, but unfortunately we'll have to wait to find out. You'll also be able to pull a Metroid: Prime and say the word "scan" to examine points of interest. No matter what you do though, you won't be able to utilize your Kinect like this guy. 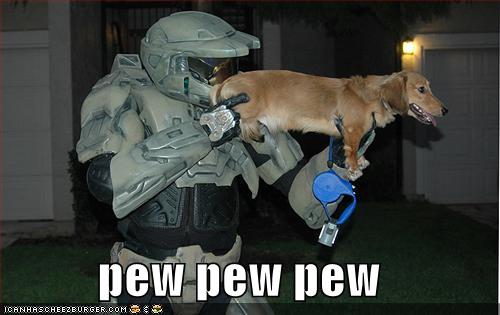 The anniversary edition will also feature an interactive version of The Library, in which gesture controls are used to maneuver and learn more about the lore of Halo if you're so inclined. Halo: Combat Evolved Anniversary will be available for retail at $39.99 on November 15th.