With Call of Duty Elite and Battlefield 3’s Battlelog entering the fray, tracking services for multiplayer statistics are becoming a huge deal, and now the Halo franchise’s Waypoint service suddenly finds itself with competition. While Waypoint will not have a premium component, 343 Studios plans to expand this service. The most notable addition is ATLAS (which stands for “Advanced Technical Assault System). ATLAS, which runs on a Windows Phone 7, provides the player with a top-down view of any Halo Reach or Halo: Anniversary multiplayer map. This map is updated in real-time, allowing players to keep track of their teammates’ positions and weapon drop placements. 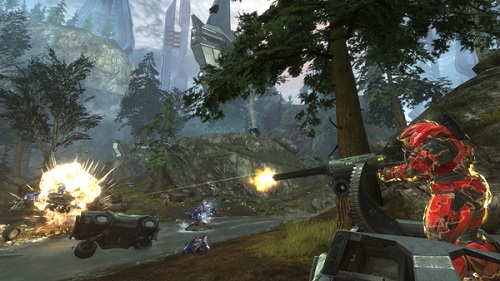 Waypoint will also see a new interface, primarily for aesthetic purposes. The plan for the interface is to have it look equivalent on any platform, whether on an Xbox 360, PC, or phone. Waypoint lead producer CJ Saretto described the new interface as "If we’ve got stats in one place, we’ve got it everywhere…we’ve taken the look and feel of Waypoint and made it very uniform and consistent across all of the devices that we support."  Other upgrades to the service include: the ability to create custom challenges for friends and even more in-depth statistics.

In other Halo news, 343 Studios has confirmed that Halo: Anniversary has gone gold. The launch date is November 15.