With the release of quite possibly Capcom’s biggest and most important title in their history on the near horizon, making a statement with their first public demo release was an obvious decision. It’s a very apparent decision as well, as this demo now available on PS3, Xbox 360 and PC is jam packed with content for you to try out. The only real problem is that all of this content may just scare off both long and short term fans.

As stated, there’s a lot of game time to get stuck in to despite the surprisingly small download size (around 700mb on PS3). You’ve got the choice of six characters in three scenarios, all of which are pleasingly varied. Long time hero Chris and his new sidekick feature in a rather strange mission that plays out more like a run and gun third person shooter than a survival horror game. Certainly when this style was revealed a few months back the old Resi fan base was up in arms, playing the actual level now only confirms their worries. The balls out style of the piece heavily contradicts the overall presentation of the game and although it cuts up the tense sections nicely, there’s many who’d argue that this sense of tension shouldn’t be released so easily. The primary section with Resi superboy Leon is by far the more engaging for a fan of the survival horror genre. Set in a dark yet hauntingly peppy College campus the stage is very similar to the original Resident Evil titles. Finally, new guy Jake takes a walk through a rather generic setting, but it’s the zombies and associated nasties that impress in this section as opposed to the gameplay itself. 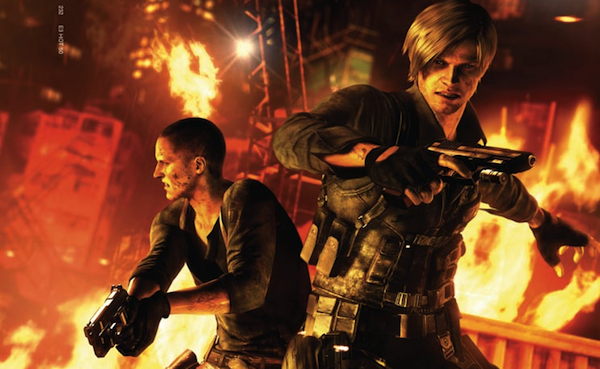 Now without getting in to too much detail, yes, the camera is set painfully close to the character. It’s a real problem that’s been well documented and is only more obvious when actively playing. It’s not a game-breaker however, so we’ll just have to get used to it. Thankfully, the rest of the game mechanics are solid. A neat new inventory system accompanies a stylish HUD and the overall visual style, from the main menus to the cut scenes, are totally on the money. On a grander scale, the Resi 6 demo also hits the mark visually in-game. As I mentioned, the Jake level sees a brilliant selection of zombies that are a real treat to watch as they slowly freeze in what looks to be their own blood and goo. From a visual animation standpoint there are definitely some sights to see, from a clumsy but destructive super creature to goo-sprouting animal zombies.

The gun play itself feels good, the long visible red dot sight has been axed in favour of a more realistic option, and the animation on bullet contact is fantastic. Watching zombies cave in based on where you shoot them is a real treat...in a weird kind of way. There’s no doubt that the tenser sections, with their classic Resident Evil feel surpass the brazen stages of Chris’ level, but to say that these worse sections are bad would be hugely unjust. This may have some quirks and differences to previous Resi games, but if you look back at the transformation between Resi 3 and 4, I’d be hard pressed to say that change is a bad thing. This demo has raised my hopes, here’s hoping Capcom delivers come next month. 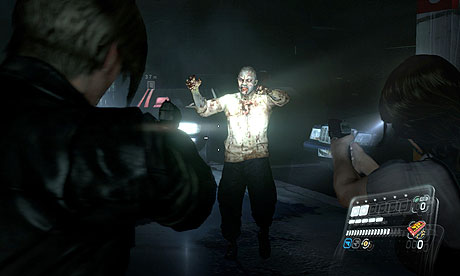