Square-Enix brought their newly announced Deus Ex: Human Revolution Director’s Cut to PAX East this past weekend. While many Wii U ports of old games didn't excite, Eidos Montreal might have made the first that will. 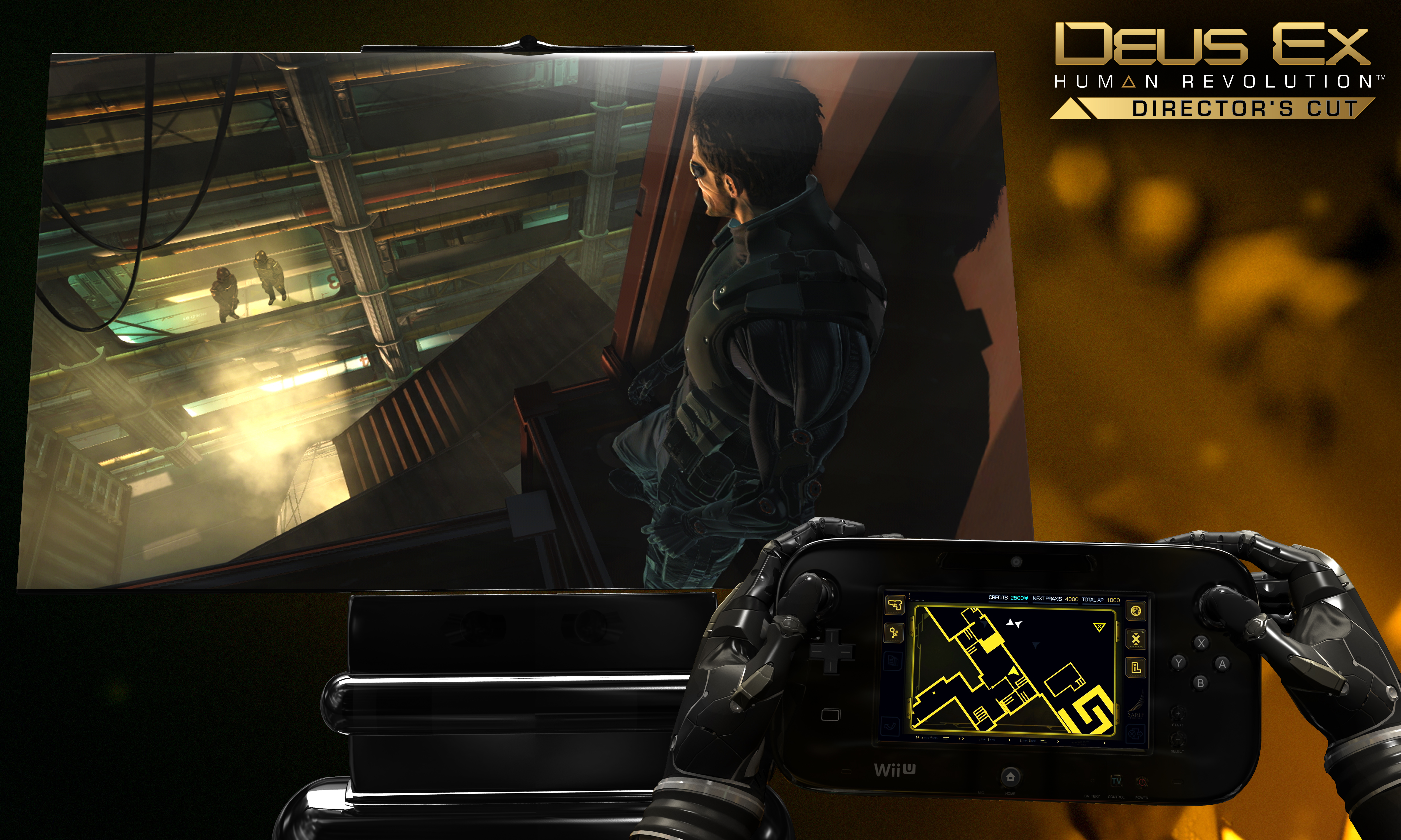 For those who don’t know, Deus Ex: Human Revolution is about Adam Jensen, a security guard for a company who is famous for their human augmentations, Sarif Industries. When you start the game, Sarif is about to report on their latest augmentation findings until the company is attacked and Jensen is beaten so badly, he must undergo heavy augmentation to stay alive. The demo takes place shortly after Jensen’s body becomes augmented when he has to infiltrate a Sarif production plant that has been taken over by anti-augmentation terrorists.

The gameplay is much like the other console versions, which is not a bad thing. My biggest problem was not the Gamepad. It was playing Human Revolution again after two years. The game’s controls are unlike any console shooter out there and while many will be quick to blame the Gamepad and its unique button/stick layout (which I heard from others who were trying to get a hang of it), I replayed a bit of the Xbox 360 version today and it felt just as awkward. But like any other game, it’ll be easy to handle once you get a hold of the controls.

For showing off a Director’s Cut, Eidos should have focused the demo on its new content. The only Wii U specific feature that was shown off during this was the hacking, and even that was not much of a difference from the original. The hacking is the exact same as the other versions, but you had to look down and tap the areas you wanted to attack next versus selecting them with the analog stick. Though it felt weird, I understood the concept once I looked up on the TV and saw the area around Jensen. Since I was able to monitor enemies around me better than the other versions, it allowed me to track and sneak more efficiently than in other versions. After playing the demo, I realized that between subtle enhancements like this and the reengineered boss fights, the Wii U version might be the best version of Human Revolution to perform stealthy, no-kill runs. 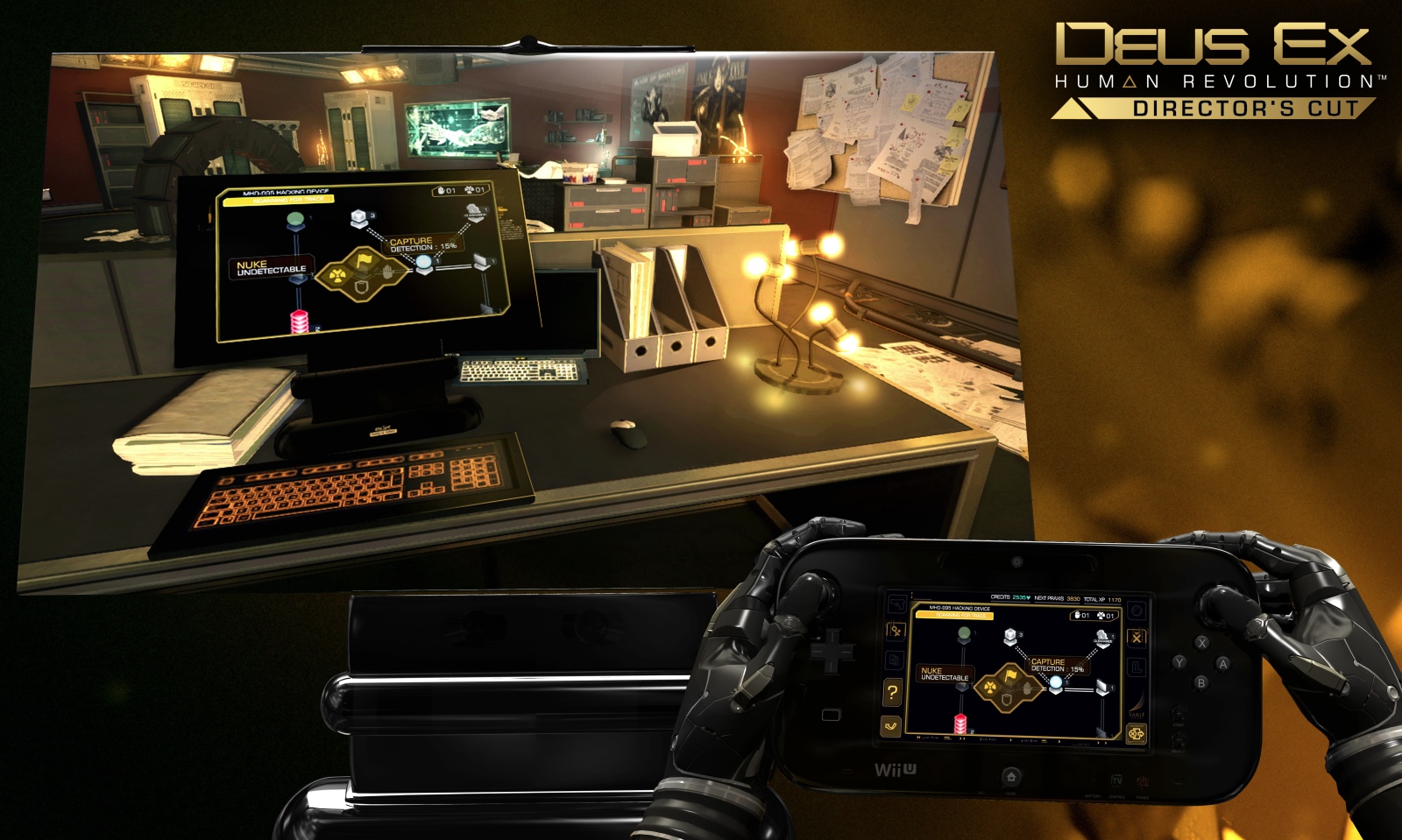 While nothing I experienced really took advantage of the Wii U’s unique features, it was nice to know that Eidos Montreal didn’t decide on going overboard with tacked on gimmicks of the Gamepad. Instead its strengths are fixing many of the flaws the original version, like improving the boss battle experience, and adding new features, like New Game Plus. As a fan of Human Revolution, I can say that as long as the new content works well enough, this version will be a huge recommendation.

Expect Deus Ex: Human Revolution Director’s Cut on May 7th for the Wii U.