Funnyman Hannibal Buress has revealed his role in the upcoming Spider-man: Homecoming! Speaking to The Breakfast Club, the comedian confirmed the rumours that were started by an allegedly leaked call sheet a few weeks ago.

“In Spider-Man, I play a gym teacher,” he said. “I play one of the dumbass characters that don't realize he's Spider-Man. [My character thinks] ‘He’s Peter Parker. Oh man, this guy’s really athletic!’”

The call sheet referred to Buress’ character as ‘Coach Wilson,’ so is this a confirmation that all the names listed are in fact correct? Disney star Zendaya’s character is simply listed as ‘Michelle,’ but since then it has been confirmed that she will in fact be playing MJ Watson - Michelle-Jane, perhaps? 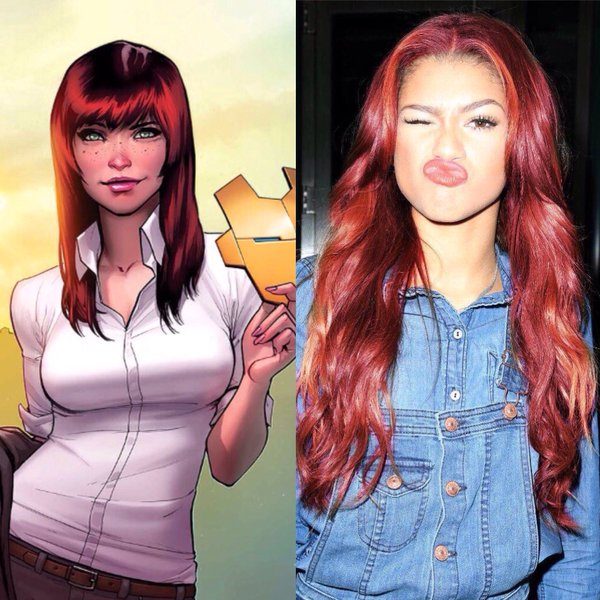 The list should, of course, be taken with a pinch of salt, but some of the most notable characters include Kenneth Choi, aka Jim Morita of the Howling Commandoes in Captain America: The First Avenger, playing ‘Principal Morita,’ perhaps a descendant of his original character.

The other most important name on the list could in fact be confirmation of another villain alongside Michael Keaton as Adrian Toomes/ Vulture: Bokeem Woodbine (Fargo) playing super villain Herman Schultz, aka Shocker! What a shock indeed!

Here’s the full list - you can decide for yourselves if you’d like to take it as fact or not! 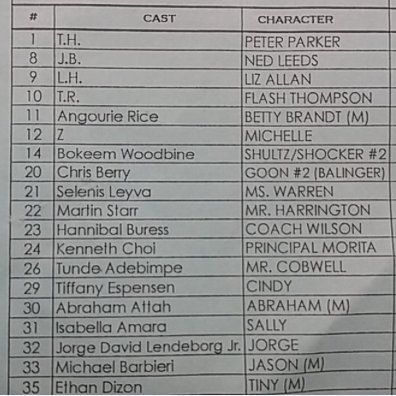 Left off the list, but definitely appearing in the film, is of course Robert Downey Jr. as Tony Stark, hopefully in a cool father figure/mentor role to Tom Holland’s Peter!