Book to film adaptations, when it comes to series like “Lord of the Rings” or “Harry Potter,” are going to be a success, if only due to the fact they carry millions of fans worldwide straight to the theater just with their names alone (keeping them there is the filmmakers jobs). In that sense, there is the feeling of exclusivity for fans of the books over those who have never read them. In a sense, the fans already know what's going to happen, though some adaptations have proven otherwise (sorry, “Half-Blood Prince” fans).

Then there's those like myself, having never read the books in my life. A small minority, sure, and unlike other book to film fanatics (*cough* Twilight *cough*), it's been my experience that being a non-reader in a “Harry Potter” crazed world will not get me burned at the stake (... right?). Sure my friends who are fans tell me “you have to read the books,” but it's never with a sense aggression or even superiority. Why is that?

For one, they know I'm going to the movie with them anyways.

Even if you're like me and have never read the books, it's likely you've seen a good chunk of the film franchise by now, because let's be honest: It's a hell of a lot easier to take in a show for two and a half hours than sit down for however long and catch up with the rest of the world by powering through a book series that gets longer as it goes. When it comes to humans, we tend to veer more so to the visual aesthetic, something the films can deliver more effectively than the printed page (sorry purists!). Whereas books are often a solitary experience, movies are often a collective experience, to be had with others rather than on our own.

It begs the questions of how one approaches the film franchise in terms of overall quality with no real background in the books. I can only speak for myself, but have found the end result to be an exercise in how movie magic (see what I did there? Oh yeah...) not only can bring further interest to an almost mammoth following of readers, but actually produce better films along the way with no major missteps to ward off the non converted. How do we think the film series kept earning bigger box office intakes as the years went on? It's not just because of inflated ticket prices. Word is getting around: the series just gets better and more accessible as it goes.

As noted by many like myself (and some colleagues on the PAM staff), the franchise gets off to a rocky start, large in part due to the childlike content and direction of the first two films. As noted by my fellow writers, there's nothing wrong with the younger nature of the first two films, but they cannot deny that such an approach from a film perspective runs the risk of putting off nonbelievers from ever watching the later films, which nobody can deny are far better in overall quality (film wise). 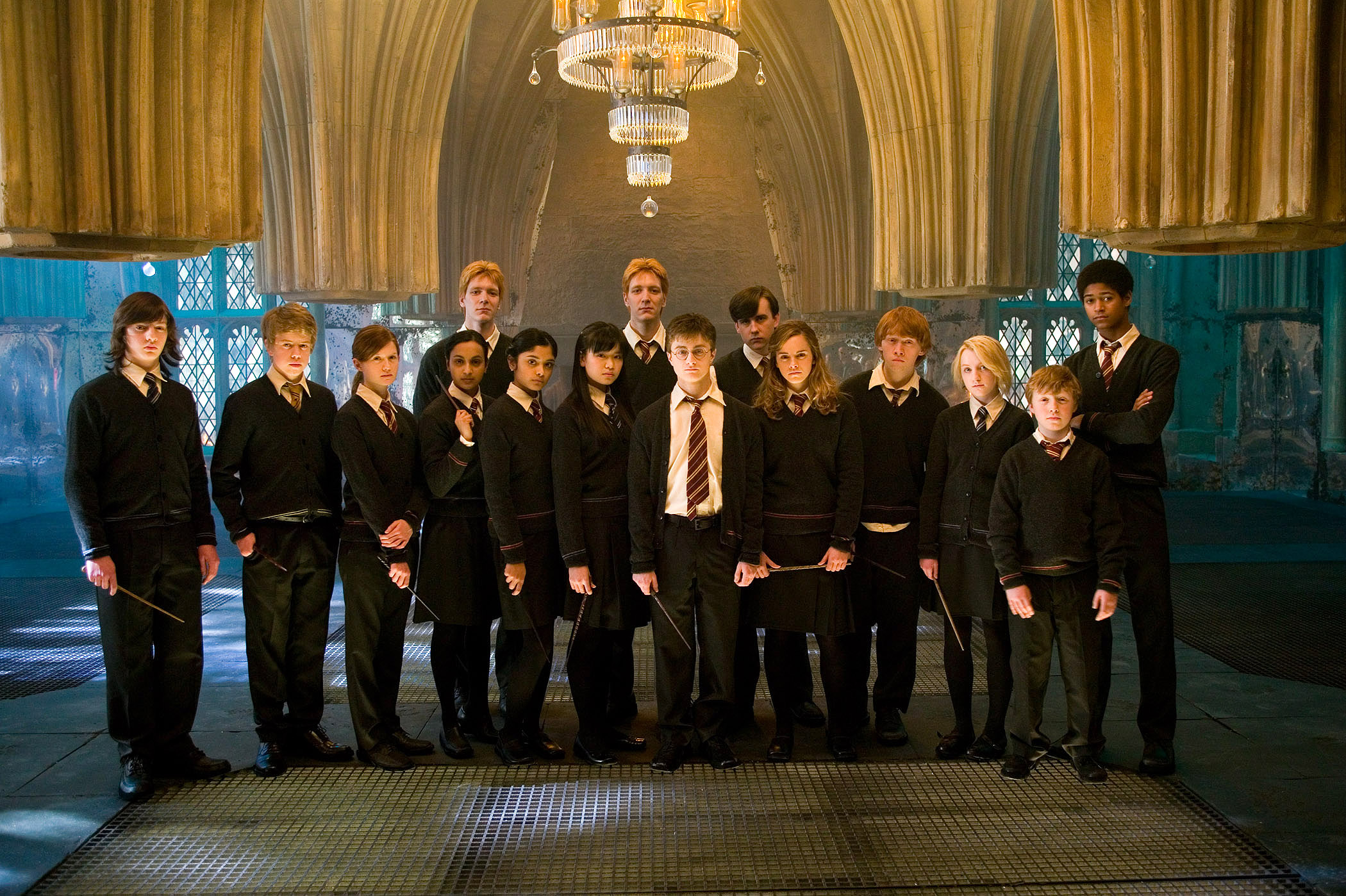 As a film franchise, it's nice to see the filmmakers involved in the process (taking over ten years) have grown with their fans. With each entry, the films get older not only in a literal sense, but a thematic one as well. Friendships, rivalries, first loves, family, conflict and death are all terms an audience can play with in their heads to a non clichéd degree.

It only helps that the casts of each film have been phenomenal (seriously, whoever cast these movies deserves their millions). A who's who of British actors that frankly is only missing Ian McKellen to be a Christmas card of British acting royalty. Were that not enough, it's a pleasant (and uncommon) sight to see three young actors mature so well as actors when it comes to lead Daniel Radcliffe, Emma Watson and Rupert Grint. Not fodder for tabloids, pundits or any real controversy (Radcliffe's turn in Equus aside), all three only get better as actors as the series goes on, actually making a cynic like me give a damn about them (“Order of the Phoenix” was a personal turning point for me to start caring).

First two films aside, the “Harry Potter” film franchise is to be commended for being one of the few series that successfully improves on itself from a filmmaking perspective as it goes along. Whether it be in the form of better developed action (“Goblet of Fire”), notable shifts in overall tone (“Prisoner of Azkaban”) or successfully building on characters established at the series start (“Order of the Phoenix” and “Half-Blood Prince”), each entry takes a step forward in making the series feel less exclusive to the fans of the books.

Instead, the “Harry Potter” film franchise has grown to be a prime entry in the canon of pop culture films offering not just big budget entertainment but a sense of personal history for each viewer in the theater. It's not just a film series anymore, but an event. There is almost a form of a mob mentality when it comes to seeing the final films that comes from the collective atmosphere developed when watching a film in a packed movie theater. You share that experience with one another, regardless of what your reaction may be.

While I've never read the books, I've grown up with the films and saying goodbye to them, despite my lack of diehard love for Harry and company, will still carry a bittersweet tinge as this chapter in film history comes to a close. Where we'll all go from here remains to be seen, but for the moment, we all (fans of the book and non readers alike) can gather together in dark theaters and relive the experience at least two more times. I'm down for that ride.