Have A Twisted Christmas With Killing Floor

Tripwire Interactive, the makers of the online zombie slaughterfest Killing Floor are holding a special Christmas event, and you’re invited to attend the festivities  from December 14th through January 4th.  Aside from giving players a new “Evil Santa” level to celebrate in, all of the normal zombies and cyborgs in the game will be replaced with festive Christmas-themed creatures, including the traditional “Nutpound” just like you remember from your childhood holidays cowering under your bed. 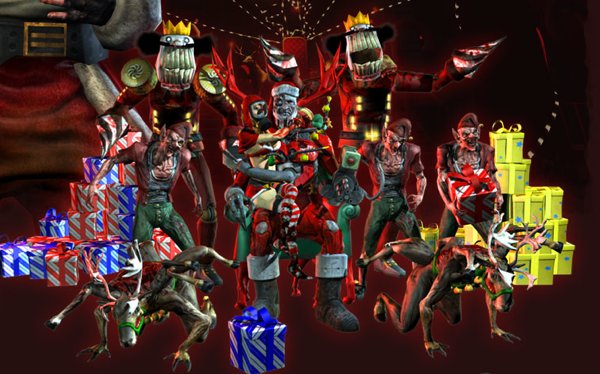 There will be celebrity guest stars as well: Pyro from Team Fortress 2 will be a playable character in Killing Floor, and he’ll bring some costume pieces back to TF2 with him.  A“Baddest Santa” character will also make an appearance at the party, if you can unlock him. 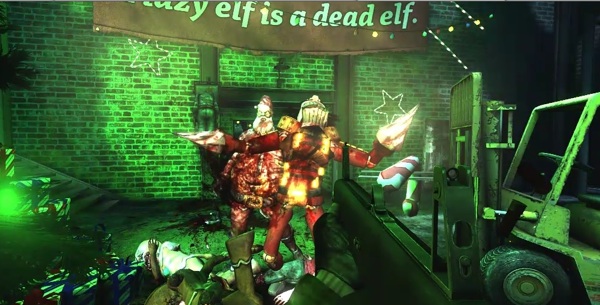 As with every Christmas party, a few out-of-town guests will be attending this delightful get-together.  Four new survivors from London will be available as a DLC Character Pack to be released at the same time as the Christmas Event.  These new characters consist of a Reverend, a Soccer Hooligan, a Chav, and a Royal Palace Guard.

There will be punch, cookies, and a new difficulty level called “Hell On Earth”, along with 13 Christmas achievements for players to unlock.  You can see a trailer for the new content HERE.