"Lockdown" was an ambitious episode of Haven. The writers decided to get rid of two recurring characters and lay out the case against a radical approach in handling the Troubled, all in the same episode. Both recurring characters are now gone, that's for sure, but all three storylines were painfully lacking in their execution.

A character's death — especially one that helps move the story forward for the protagonist — is always a big deal and is a powerful tool in storytelling. Despite what it represents, our reaction to death strongly varies with the situation and our perception of it. News of casualties in a natural disaster will invariably make us feel sorry, but watching TV coverage of the event, with an emphasis on some particular survivors and their plight, is very likely to stir many viewers into some action or another aimed at helping. Whether or not the help is carried out is irrelevant. My point is that viewers are more prone to react when the event, through a smart coverage, involves them emotionally. The way to achieve that in storytelling is to make the doomed character lovable or at least make her redeem herself before her death, and if at all possible, make her matter to the protagonist. 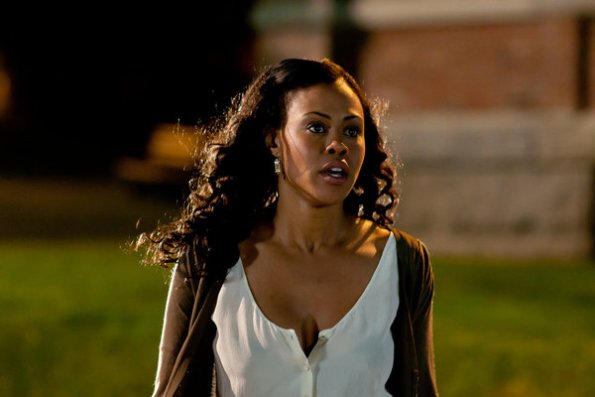 Evi was not a likeable character, nor was she meant to be. Her attempt at redemption was so poorly done that it was irritating. So much recklessness from a character who only did things that would serve her was almost insulting. As for Duke really caring for her, there wasn't enough of it to have the viewer overcome the previous hurdles.

The last time we saw Audrey's love interest, Chris Brody, he was being forced to travel to London by the lady who had gone through a rough day off. It could be gleaned from the conversation that she was tempted to stop the relationship altogether because being with her was not something she would wish for anyone. In "Lockdown," she is surprisingly nervous and is grooming herself when waiting for him to show up. Even after he does everything wrong during the quarantine, she apparently still wants to be with him, but having seen the errors of his ways, he decides to leave. This turn of events undercut everything achieved in "Audrey Parker's Day Off" and didn't quite fit with Chris's personality. It would have been much better to build on that previous storyline and use the quarantine to further justify her wish to save him by pushing him away. Coming from her, the break-up would have made more sense and certainly be more dramatic. Instead, we were forced to sit through a scene that had the right soundtrack but the wrong dialogue and emotional drivers. 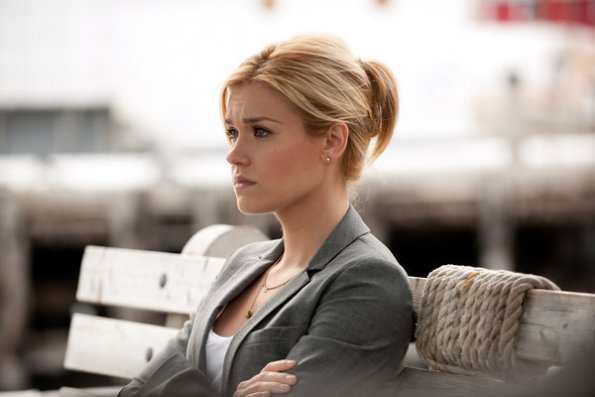 The events leading to the quarantine were flawless. Chief Merril was as unreasonable as expected and even managed to be surprising (and dare I say amusing) by not surviving the episode but dying in the middle of a sentence. Things went south in this storyline when the troubled person of the week was discovered. It is one thing to know what will happen by the end of a scene, but it's another to actually see the scene unfold. Just as Merril was properly written in, the woman and her husband were carelessly designed characters, and the cliché they were made to represent was exhausting to watch. In addition to that, Audrey did not have enough time to work her magic, so the rebellion of the cursed woman seemed to come from nowhere. And if you think people under duress are always able to pull themselves together and act, well I would say such things — when they happen — tend to flow much more naturally than what we witnessed here.

By the end of the episode, the only bits I could remember with some amount of pleasure was everything involving the clean-up guy, Dwight, and the well-crafted conversation between Nathan and Duke starting with the latter saying: "You know that I hate that you're a cop right?" It is a good thing Haven is fortunate enough to have characters we can always enjoy when everything else fails, but even such characters can't rescue episodes like "Lockdown."