Hawkeye #8 Review “What is in the safe?” 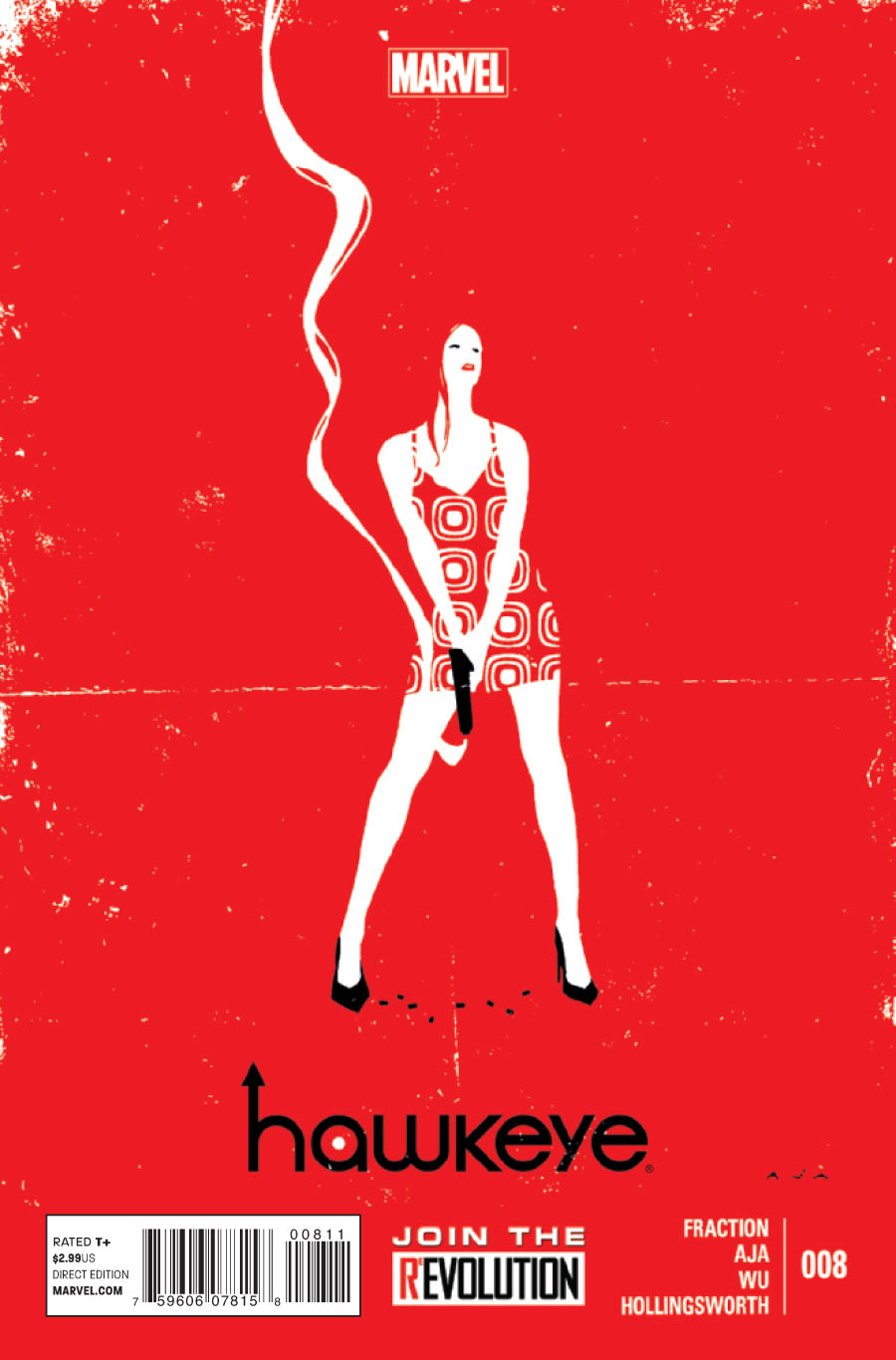 Hawkeye is one of my favorite ongoing series currently. Most of the stories have been one-shots, and that includes this issue.

The cover shows the uniqueness for this title. It is completely covered in red and gives a vintage feel that we rarely see in comics. This sets the vintage tone that the story is trying to tell with Cherry’s comics being the center of attention.

In this issue, Cherry returns to the series. She is in big trouble. Her goal is to get a mysterious safe from the jump suit people, who we met all the way back in the beginning of the series.

I wasn’t a big fan of Cherry when she was first introduced, but we get to dig deeper into her character with this issue. There is a possibility that she can become a main supporting character if Clint starts to develop a relationship with her. But she can also become a character that can be forgotten after the safe is opened.

Cherry is a comic book writer, and most of her comics hint to her past. There are at least five covers from her comic that are added to the story. In the end of the issue we learn that these covers are not just important to Cherry’s character, but also to the mysterious safe. The main question is if the covers also describe what is in the safe or is it just the numbers that could be the correct combination. I am sure we will learn more about the safe in a future storyline because Cherry leaves it with Clint at his apartment. 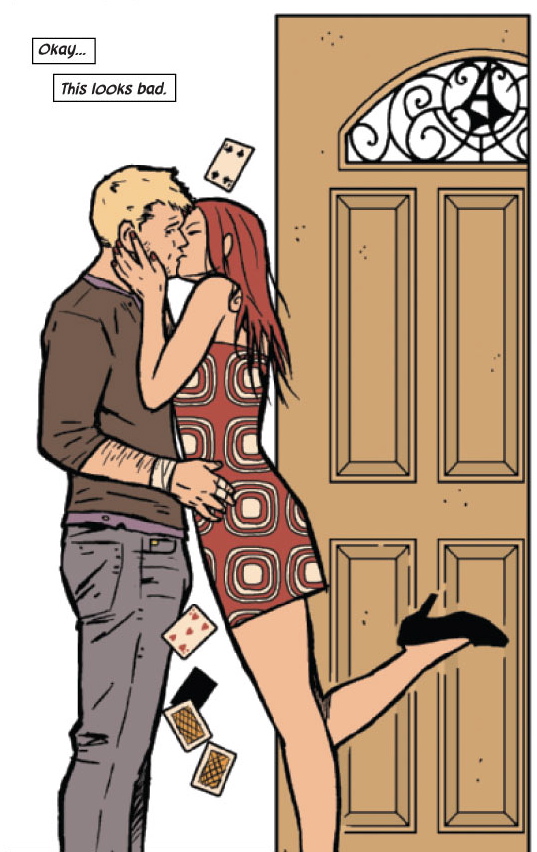 The art is amazing for this series. David Aja does a superb job. Hawkeye has such simple art that is not seen in other books. Aja did a great job with giving us a vintage feel for this issue.

The coloring is what makes the art so unique. It wouldn’t be a Hawkeye comic without some purple uniquely fitting into each issue. This was also done with the red since the story was centered around Cherry.

I thought this was a solid issue, and definitely worth picking up. This will not be the last we see of the safe. Will Cherry make a return in a future story arc?