By: Steven Chaitman | Movie News | October 2, 2012
Lionsgate continues to move quickly on its beloved The Hunger Games trilogy and with only the classiest of talents. With filming moving along on The Hunger Games: Catching Fire, Danny Strong, who just scored two Emmys for his work on HBO's feature film Game Change, has been hired to adapt Mockingjay, the final book, into the two-parter planned for release in 2014 and 2015.

Variety has the scoop on the hire. No director has been officially set for The Hunger Games: Mockingjay - Part 1 and Part 2. Gary Ross directed the first entry and Francis Lawrence is at work on Catching Fire. As with The Hunger Games' successful young adult novel predecessor, The Twilight Saga, it's possible a new director helms every installment due to the demanding schedule. 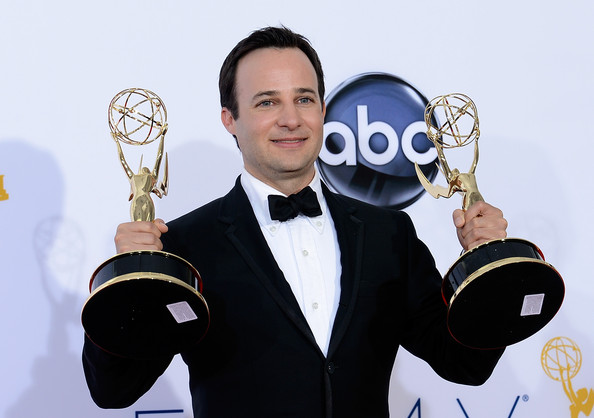 Strong has some other impressive upcoming credits, such as The Butler for director Lee Daniels, and he was hired to write the treatment for The Lost Symbol, the latest Dan Brown novel featuring symbologist Robert Langdon. He has also had a long career as a television actor with prominent arcs on Buffy and Gilmore Girls.

The Mockingjay script will keep Strong busy for the next several months. Both parts of the finale will be released a year apart on November 21, 2014 and November 20, 2015, so Lionsgate likely expects to begin shooting in a year's time.