Hearthstone Is Getting A New Expansion Next Month


When the Lich King and his undead Scourge threatened the world, the Argent Crusade called upon Azeroth’s mightiest heroes to prove their mettle in a magnificent tournament. Knights of all races flocked to Northrend, vying for glory in epic battles against fearsome monsters. Though the Lich King’s evil has been vanquished, the Grand Tournament continues… the competitive atmosphere’s just a bit more playful than it used to be.


This new expansion will contain a new board, over 100 new cards and some of these cards will have a new ability called "Inspire". Minion cards with the Inspire keyword possess a special ability that may only be activated by using your Hero Power. You can see some of the new cards below. 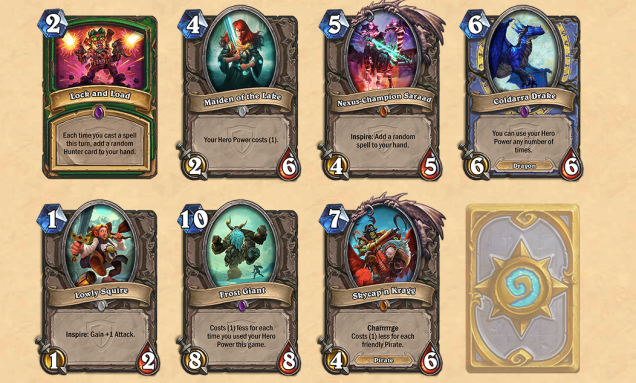 The Grand Tournament will be released in August and like previous expansions you will be able to buy it with money or in game gold.
Hearthstone is available now for free on PC, iOS and Android.