Telltale is the developer of a huge number of adventure games, and the latest to come out of their stable is the final episode of Hector: Badge of Carnage. Hector began as an adventure game for the iOS and has now been brought to the PC and Mac.  Episode 3 - Beyond Reasonable Doom is the final episode (Or at least this season of it) and was developed by Strandlooper and Telltale. 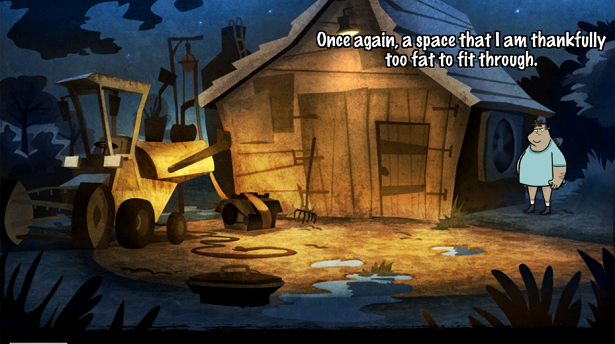 It picks up directly from where the previous episode left off and acts as a perfect climax to the series plot arc. It opens up with a strong tutorial that reintroduces classic adventure gameplay, and this tutorial is much more tied into the story than the previous ones, and works much better because it throws the player right into the heart of the action.

The plot moves quite fast and if anything, that's the only real issue I had with the episode as it the pace made it seem much shorter than the previous two. Things move quickly as you lead Hector out of imminent doom and then explore the origins and evil plans of the mysterious terrorist that has been the series antagonist from Episode One. It's then up to Hector and Lambert to stop The Terrorist from destroying the town of Clappers Wreake.

The second episode introduced a two-character mechanic where the player switched between controlling Hector and his partner Lambert. The third episode makes more use of this and it works much better because the puzzles and jokes revolve around it. The other unique mechanics that Hector: Badge of Carnage features are also used a lot more and in better ways. While this means the puzzles are easier in some ways, it also means that the difficulty curve overall is much better.

Much like the previous episodes,  Beyond Reasonable Doom features a ton of crude British humor that manages to top its predecessors in some ways. The highlights of which include Hector riding a wave of liquid crap to escape imminent doom and then forcing a character to throw up in order to retrieve an item from his stomach contents.This also stands apart from its predecessors with a lot of other humor that isn’t typical of the series but welcome nonetheless. Things like Dairy Farmer Fight Club, the sequence where Hector rips on BBC Radio 1 as well as the section where Lambert back-chats Hector stand out as some of the funnier parts of the episode. In fact, it’s quite nice that Lambert and Hector play off each other more in this episode than previous entries in the series. 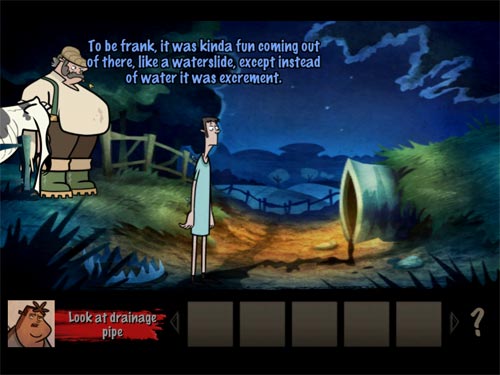 It ends on quite a strong note. Without spoiling too much, everything in the main plot is resolved and throughout the episode there are numerous throwbacks to characters or things from the previous episodes and these really tie the story together. While the ending of Hector: Badge of Carnage is conclusive, it doesn’t lean too far towards a second series

The biggest thing that separates Beyond Reasonable Doom from its predecessors is the structure. Rather than have players face a huge overarching puzzle made up of different plot threads, Beyond Reasonable Doom has players rapidly play through numerous smaller puzzles. With each puzzle you complete you can visually see that you are getting closer to stopping The Terrorist.

The visuals in Beyond Reasonable Doom are on par with the other two episodes, the setting of the festival of Clapfest is a unique one for the series' final episode. Clapfest brings Hector into contact with nearly all of the characters from the previous episodes and each one plays an important plot role in some capacity. While a lot of characters from the first episode return, it’s a shame that many from the second episode like Solid Bass and Gloria, don’t return. 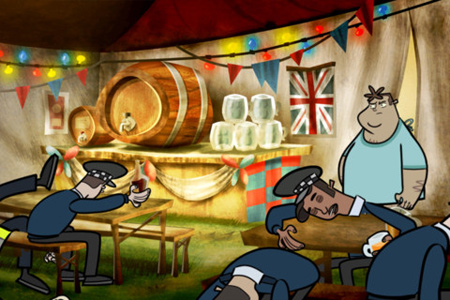 I had issues with the sound in the first episode and the animation in the second episode. Both these issues are not present in the final episode. The sound quality is higher than the previous episodes and the music helps bring the story to its climax. The animations are also smoother and more polished than previous episodes.

Hector: Badge of Carnage Episode 3 - Beyond Reasonable Doom is an excellent conclusion to a very unique series. While some of the puzzles are a bit easy at times, they all make sense and utilize the genre’s mechanics to a great degree and give the game a great pace that makes the final chapter of Hector: Badge of Carnage well worth playing.