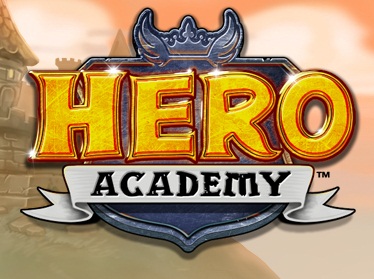 Developer Robot Entertainment has certainly been active over the past months, releasing the much beloved Orcs Must Die! and Orcs Must Die! 2 simultaneously  and then releasing a turn-based game strategy game dubbed Hero Academy for the iOS, which has now made its way to the PC.

Hero Academy is a PC port from a iOS title, and it shows. The game also looks a lot like an iOS game on the PC. Animations are fluid and well done, but come in a small abundance only to make the visuals feel way too simplistic for what is supposed to be a full-fledged PC game selling at $15. The sound is also incredibly bare-bones; there’s a few sound effects here and there and a bit of music going on in the menu but that’s about it. The soundscape is so dull and devoid of life that you’re better off playing with the game muted.

There’s certainly a lot to be said about this cartoony, deceptively clever turn-based title that features the bizarre mash up of Team Fortress 2 characters and typical high-fantasy oriented archetypes such as Orcs, Humans, Elves and Dwarves going at each other. The underlying facets of the game are undoubtedly deep – certain classes excel at different levels and the players who are capable of utilizing every character class and spell along with the intricacies of the playing field to a competent extent will ultimately prevail. Using your finite amount turn points and thinking twice before submitting a move is, like any other turn-based game, crucial in order to succeed.

The simplicity of the visuals and sound, a long with the stop-and-go aesthetic of brining up your phone, submitting a turn and then going about your everyday business in the vein of say, Wordfeud, worked remarkably well on the handheld devices. However, the entire game and all of its simple and elegant design choices fall way flat on the PC. The idea of making a turn, starting a new game while waiting for your opponent to make their turn completely destroys the purpose of actually playing the game on a PC at all. It’s one thing to sit in an office space and make a turn every once in a while, but it’s a completely separate thing to impatiently sit and wait for opponents to submit their turns when you have nothing else going on around you. 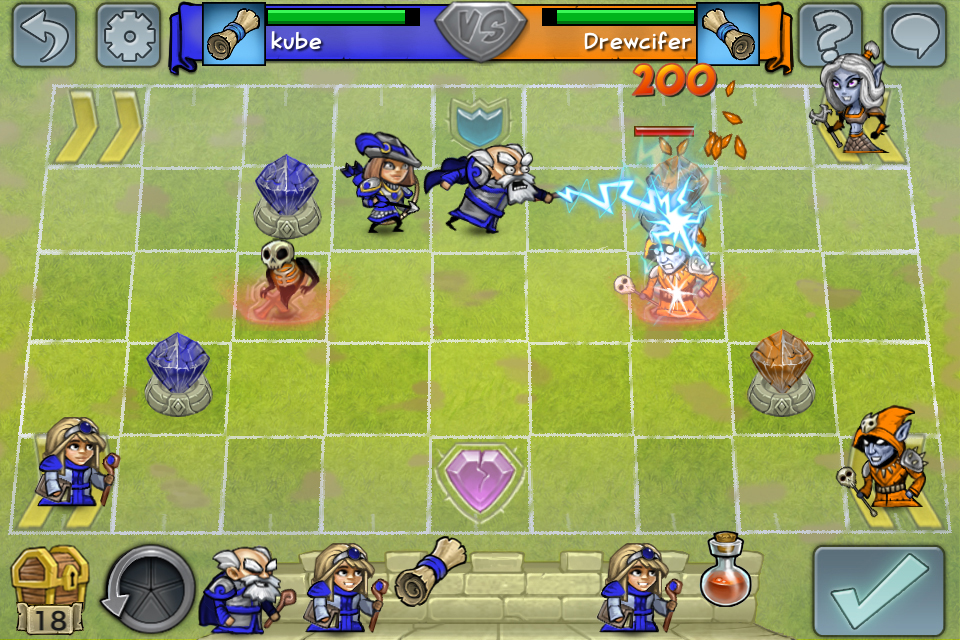 Hero Academy's feeling of wasted time is mostly due to the fact that it features cross-platform play and the game allows you to start matches simultaneously. You will then be notified whenever an opponent has submitted a turn. This type of approach worked incredibly well in games like Frozen Synapse because that game actually sported a single-player component complete with a campaign and AI skirmish battles. Hero Academy offers none of that and as such the game never sets into a groove. It's hard to be motivated to submit a turn when one of my opponents had submitted his move a full day after I had done mine, nor was it all that exciting to win a match due to the fact that one of my opponents automatically resigned due to being inactive. This really takes the edge off the game’s strategic depth, which never sets into full swing due to the way multiplayer matches are set up.

Truth be told, I started five simultaneous games, submitted my turns and had to wait a good three hours before anyone else had lifted a finger. Couple the long gaps of time in between moves with the fact that there is no single-player mode whatsoever on offer, and it’s tough to outright call Hero Academy for the PC a full-fledged experience. Instead, the whole thing becomes more like a distraction.

This is a shame too become there is a lot of strategic depth lying underneath the game’s simple look. The teams are asymmetrical and all have their own abilities and skill-sets, every teammate plays off one another extremely well, forcing you to outwit your enemies in every way possible. The board is also full of tactical options worth considering; running up to a tile with a crosshair on it allows you to start blasting away at enemies from afar, while collecting health pickups and hiding behind objects are equally potent tactics. Performing these applications is a breeze irrespective if you’re playing on your phone or your PC. 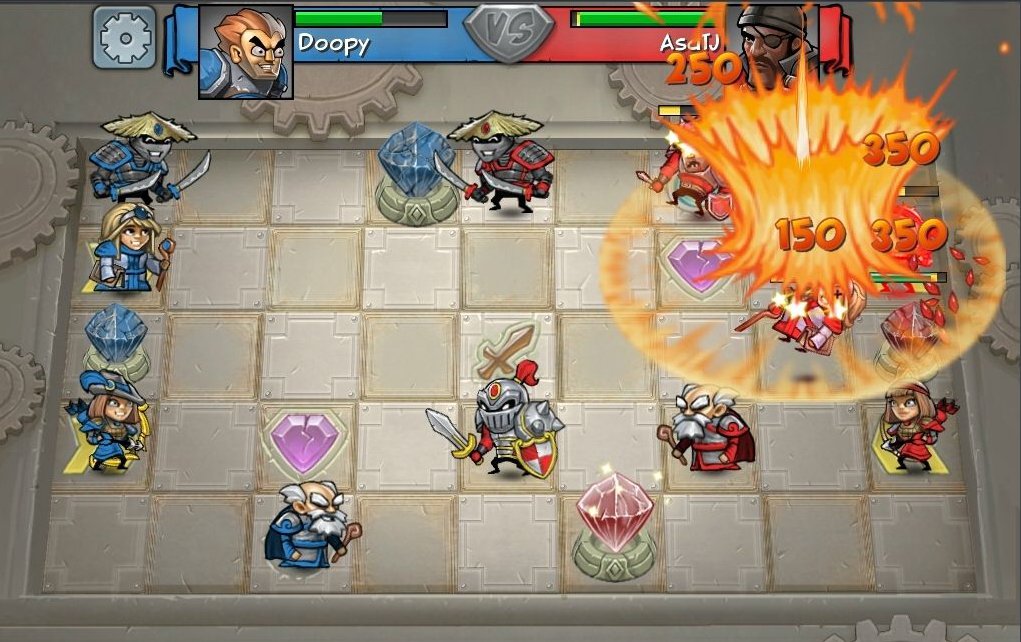 In the end, it’s tough to take Hero Academy seriously as a PC game. No matter how hard you try, it’s impossible to get swallowed up by the game when ten percent of the experience is devoted to merely submitting a turn every once in a while, and then the rest of the experience is all about waiting for your opponent to do the same thing. Seldomly moves happen frequently, but more often than not you’ll be forced to play the waiting game; a game that takes center stage far more often than Hero Academy ever does.