Hitman Absolution Review: Agent 47 is Back

The mark of a great assassin is not overwhelming firepower and a high body count. It’s in the attention to details. Finding the minutest of cracks in an otherwise fortified defense and exploiting that crack to reach and eliminate the target. The greatest of assassins know one thing when it comes to pulling off the perfect hit: It’s all about the execution.

Six years have passed since the last installment of the Hitman series, Io Interactive’s crown jewel. Agent 47 has been in hibernation for a long time, but unlike most old dogs, he’s learned quite a few new tricks this time around. With Hitman: Absolution, we see a different side of 47, in terms of gameplay, story and even the original assassin himself. 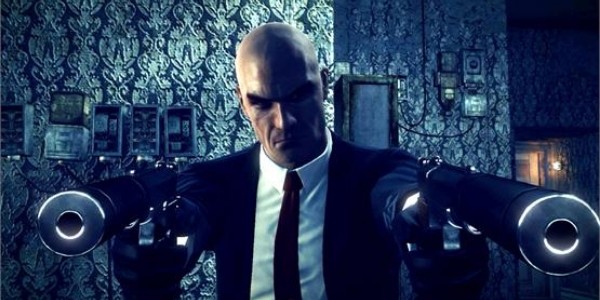 The biggest difference from Absolution and all previous Hitman games is the reason 47 is going around killing people. Instead of killing for profit, Io has created a story-driven campaign, with the hits having more purpose than ever before. The story itself falls into stereotype more than once, from the hulking enforcer to the racist and sexist Southerner to the white trash corrupt cops, it all feels pulled out a bad action movie. However, seeing Io actually attempt to put a reason behind 47 killing the people he kills is something to be commended. 47’s initial mission is to kill his handler throughout the previous games, Diana Burnwood, who’s gone rogue for an unknown reason. Obviously, though 47 is a genetically altered killing machine, he does have passion toward pretty much the only friend he’s had over the years. So, he makes a decision that sets in motion the events of the game.

Though 47 has never been an emotional guy, Io tries their hardest to come up with some emotion in a game about murdering people. There are times when I felt for the protagonists and their plight, but all in all, the story comes out a little flat. 47 promises Diana he’ll look after a girl that is wanted by all the wrong people. The Agency, who employs 47, wants the girl for reasons unknown and Blake Dexter, who wants to make a profit off the girl, is also after her. So, hits are no longer driven by profit; instead, 47 kills because he has to. He’s trying to keep the girl safe all the while getting to the bottom of why everyone wants her so badly.

Hitman veterans will find themselves right at home once the game is done running through the tutorial. As always, players are thrown into the world with one target or objective to accomplish and a thousand ways to complete it. Each level is divided into sections instead of one huge level, leading to a change in the pace and feel of Absolution from previous titles. Some sections won’t even have the target in them. Instead, 47 will be tasked with escaping the section any way possible. Hardcore fans might be a little disappointed in these sections since they feel very un-Hitman, but rest assured that the levels where you have targets are classic Hitman. 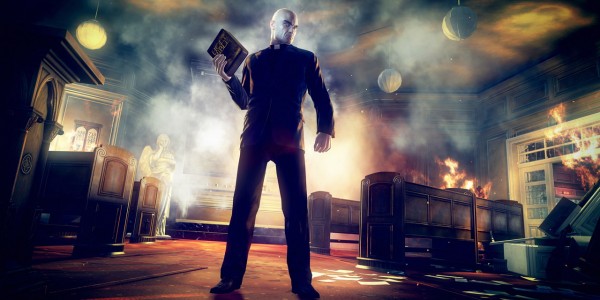 Each level, though smaller than some of the levels from the previous installment Blood Money, has its own way of killing the target. The choice is entirely up to the player. The choice made, however, has a direct impact on your overall score. That being said, players who choose to run and gun will get a much lower score than those who stalk unseen, kill silently and hide bodies. Absolution is not for impatient players; it pays to sit and wait, analyzing each NPCs routes, watching your targets every movement and picking the perfect time to strike. Some may be turned off by this; in a world of quick-twitch shooters dominating the market, Absolution stands off in the shadows, watching. For those who are willing and able to play patiently, you’re rewarded greatly.

Execution is everything and it’s no more apparent than in Absolution. The thrill of pulling off a perfect hit, eliminating the target undetected in a clever way, is just so satisfying that getting seen leads to a great many reloads to previous saves. Reloads also tend to come when trying to complete challenges. Challenges are constant throughout the campaign, granting you a score boost if you fulfill the requirements of the challenge. Find and wear every disguise, use a wrench, point and shoot a certain number of enemies within a time slot. The challenges make the player change up their style to achieve them, adding a fresh outlook to the level being played. Choice is your best friend in Absolution, and each hit begs to be explored. Maybe you don’t use your silenced pistol to take out your target. Maybe you sneak up and garrote him with your fiber wire. Maybe you drop a pallet full of bricks on his head. Maybe you shoot him with your sniper rifle with the momentum sending him flying over the ledge he was standing next to. Replayability has always been an issue with Hitman. Io has solved that problem with the challenges, which score trackers will want to complete to get the highest score possible.

Io has also implemented a new mode that pits players against their friends and the world to find out who is the deadliest assassin. Contracts mode is Io’s online multiplayer/competitive mode that all games seem to be required to have these days. In Contracts mode, players can choose which targets they want to kill in a specific level, while killing them exactly how they want. Pick up to three targets; mark them as so, and then set out killing them how you want. Wear your suit, use a statue bust and hide the body for the first, make the second look like an accident and kill the third with your Silverballers. The only thing that keeps it from being totally enjoyable is you can only play through the same missions from the campaign. It may get stale after a while so hopefully Io can cook up some more levels for DLC. 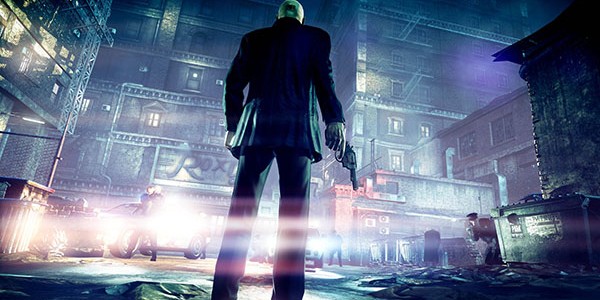 47 has gotten a make-over reminiscent of Sam Fisher in Splinter Cell: Conviction. 47 is a bit more nimble in Absolution, which creates more verticality in certain levels, while also opening different gameplay options and putting 47 in places he might not have been able to get before. Also, to stick with the Sam Fisher reference, 47 now has a similar ability to mark and execute, this ability is called point and shoot. 47 can tag a certain amount of targets before mowing them all down in sequence. 47 can also utilize more items in the world to achieve his goals. Bricks, books, bottles and more can all be used as distractions or killing tools, which adds another wrinkle to the gameplay. 47 also utilizes Instinct, allowing him to see through walls and detect enemy movements, which keeps players focused on the action on screen instead of on their amazingly accurate radar. Instinct is limited the higher in difficulty you go and on the hardest it’s turned off completely to for the ultimate challenge. With all the additions to 47’s vast repertoire, it’s nice to see Io elevating their game to new heights while still maintaining what made the original assassin so popular to begin with.

Six years is a long time between installments of a game as popular as Hitman. Io has done a spectacular job crafting Absolution into one of the best Hitman games to date. Some may be turned off by a few alterations to their favorite series, but all in all, Hitman: Absolution is a game for Hitman fans and people looking a change of pace from the fast paced military shooters that flood the market.