"A Mostly Stylish Attempt at Substance"
By: Steven Armstrong | Movie Reviews | August 24, 2015
And here we are again. Yet another attempt at tackling the titular character from IO Interactive's best-selling video game series, Agent 47. Anyone even vaguely aware of the trend of lackluster films based on video game properties might approach this film with a certain degree of caution. Unless of course they were among those who were pleased with the 2007 version starring Timothy Olyphant in the role of the assassin. In that instance, one might check this one out on principle. Hitman: Agent 47 is a fresh story that goes in a direction completely separate from the previous Hitman film. There a is nice, succinct explanation of how Agent 47 and those like him came to be that opens the film, which gives us all we need to know as we move deeper into the story. We quickly come to understand that Agent 47 is on a mission (of course) to find a woman who can lead him to finding the man behind the genetic program. The aim? Preventing more genetically engineered agents from ever being created. Why? We assume she is one of his targets to assassinate. This is the long and short of it. Nothing too elaborate, it is an easy plot to get behind. 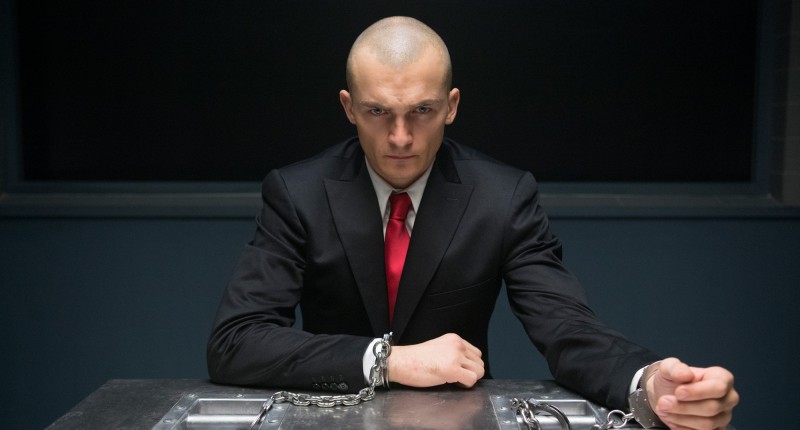 As you might have expected dear reader, Hitman: Agent 47 is nothing to write home about. Nonetheless, someone has to write about it. It is more or less a run-of-the mill actioner you might catch on TV or find in the direct-to-DVD section somewhere. The film is very comfortable with its video game premise and this shows especially in the action sequences, which are sometimes stylishly choreographed and actually manage to be effective. Yet, at other points, the action is barely coherent enough for one to understand what is being displayed. There are opportunities for depth that the film does not fully embrace them. There are moments, but for the most part, any real substance is non-existent. The acting is inconsistent, particularly Rupert Friend's performance as Agent 47. There are times when he certainly sounds like a born and bred assassin, and others where he sounds like a regular Joe dressed up as Agent 47 for Halloween, which did not feel authentic to a character like 47. Friend was not the only one guilty of this, but he certainly stood out as one of the perpetrators. He possesses great physicality and definitely pulls off the character, physically. If he didn't speak at all, he might feel more threatening.

Hannah Ware, who plays Katia van Dees, the lone female character of any prominence is more stable, which is a plus for sure. She is also given a great deal more to do than you might expect. Her arc is clearly defined, which is reasonably believable and she is much more important than you would think. However, her character falls victim to the script. A few of her lines are silly and though they are not around for long, they do exist. The real treat of this movie comes in the form of Zachary Quinto from Heroes and Star Trek fame, as John Smith, a mysterious figure assigned to protect Katia. He is the most solid anchor of the whole film. His performance is razor sharp and he comes fully packaged with the trademark wit we are all familiar with. He manages to surprise us with a fantastic display of physical ability in the fight scenes. He is a man whose motives we are not fully sure of, yet Quinto walks a delicate balance of revealing moments of genuine kindness, while occasionally peeling back the slightest layer to make us question whether or not his motives are in Katia's best interest, or his own. 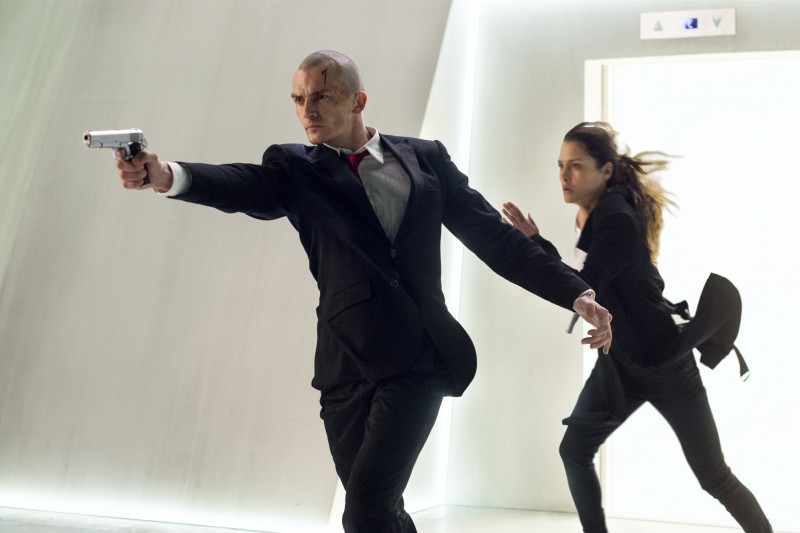 Óttar Guðnason's cinematography is inspired at times and merely unremarkable at others. Shootouts are captured from unique angles and there are more than a few wonderful, smooth tracking shots, which give the moments a grand quality and make you remember one of coolest things about movies, which is that the camera moves about to give us a sense of what is happening, giving us visual context. Much of what transpires and what is revealed to us feels contrived, yet it does work for the purposes of the story being told. It is not original and it will not have you marveling at how thrilling the overall movie is, but it is passable. Hitman: Agent 47 does not scream for a sequel, but by the end of it all you may come away either simply satisfied or disappointed.
Rating
6.0
Pros