Dragons are cool. Who doesn’t like dragons? Hoard is an upcoming game that's all about Dragons. It is developed by Big Sandwich games and in it you control a dragon who goes about the daily things that you would expect a dragon to get up to; Pillaging the countryside, incinerating peasants, kidnapping princesses etc.  Hoard is set in a colorful and cartoony medieval world filled with kings, queens, knights and dragons. Because the game doesn’t look to be the most plot focused game of all time, it does help that it has the fun setting on its side. 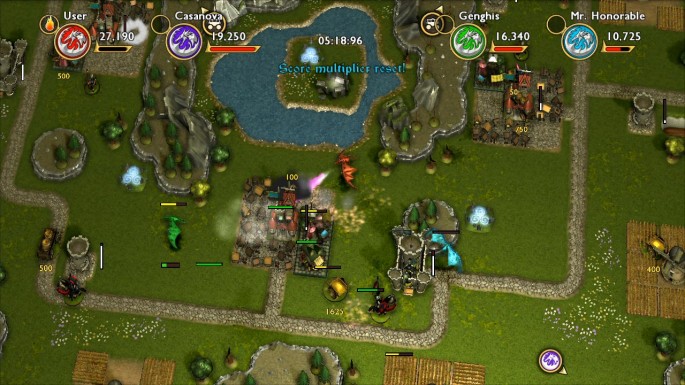 The gameplay of Hoard involves you flying a dragon around a level in order to find treasure which your dragon then takes back to their mountaintop lair. Treasure isn’t just lying around on the ground in Hoard, you will have to burn your way to the treasure at the heart of every windmill, wheat field and city block. There are also numerous carts traveling across the world at any given time and you can intercept these to steal the treasure they carry and sometimes these carts even have princesses which you can ransom to gain large sums of money.

As you Hoard (See what I did there) your treasure in your lair, you earn skill points and with these you can upgrade the various characteristics of your dragon such as its speed, strength and the power of its flame breath.  The game comes out fairly soon and there is a fun demo of it available on Steam, we played through it for some early impressions of the game. The demo allows you to play through the game's tutorial as well as a single player level and a round of co-op with an AI partner. 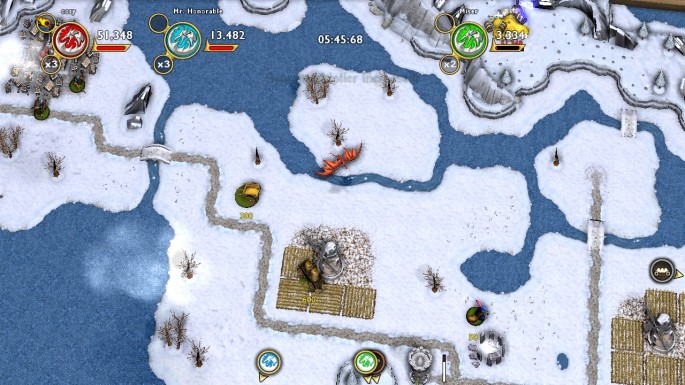 You control your dragon with the standard AWSD keys and control your dragon's breath with the mouse button. The levels in Hoard are filled with numerous wheat-filled villages and bustling fantasy towns for you to pillage and, over time, the fantasy world your dragon inhabits grows and changes. As you terrorize the land, the humans will build up defenses and eventually knights will roam the countryside hunting for dragons. These knights get bolder over time and eventually will try and hunt you down in your lair. Should these knights slay our dragon, not all is lost. You simply retreat and heal which takes a relatively small amount of time, in fact it’s basically a respawn mechanic, and because the rewards for slaying knights are quite high, it’s quite a good risk-reward mechanic since if you die to a knight you lose all the gold you are carrying.

In each level of Hoard, you aren’t the only dragon around. Up to four other AI dragons (Or players) are also terrorizing the land and its fairly common for you to gather up a fortune in treasure, then one of them to swoop in and kill you and take your treasure. This additional element of challenge makes the game more fun than you would expect, and there is also a co-op mode in which you and the other dragons work together. Hoard comes out on PC and Mac on April 5th and will be available on Steam.