No one is more thrilled about Catwoman being playable in Batman: Arkham City than I am.  But I just can't see how anyone would get excited by the announcement that Robin will be a playable character too. I'm even more baffled as to how making Robin a pre-order bonus would drive consumers to choose one retailer over the competition.

Look, I got nothin' against Dick Grayson, or Tim Drake, and I feel really bad about what happened with Jason Todd too, but I just don't see what the big deal is here, especially when other stores have bonus challenge levels as pre-order bonuses.  Challenge levels that you can play as the goddamned Batman.

I know, EVERY character is somebody's favorite character, so I'm sure that Bat Lad has fans just as loyal to him as I am to Catwoman, and if you number among them, then you'll have to pre-order Batman Arkham City from Best Buy, because doing so is the only way to get him as a playable character.  And just to clarify, he hasn't been officially announced as being playable in the main game, just the bonus mode. The offer applies to the PC version of the game and both consoles. 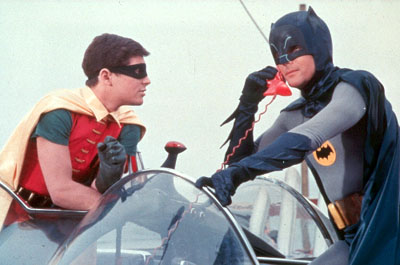 But don't fret old chum!  If you want to pre-order the game somewhere else, I'd bet that this and all the other pre-order thingies will all end up as DLC packs shortly after launch, and will come free with the Game Of The Year Edition.