The hype was high for Homefront, a title that revolves around an alternate reality future in which North Korea invades the mainland of the United States. This invasion scenario was written by John Milius (who also wrote Red Dawn) and was developed by Kaos Studios, formerly of Frontlines: Fuel of War. It is clear from the start that the single-player of Homefront was not the primary focus of development, as it sags in many areas and comes off as a weak Call of Duty clone than anything else. The one uptick is the decent multiplayer that combines common deathmatch and capture objective modes with the ability to buy equipment based on performance mid-battle, allowing for more diverse strategies. However, the presentation of the bleak occupied lands is pretty much the primary driver that makes this title stand out; everything else is fairly unimpressive. 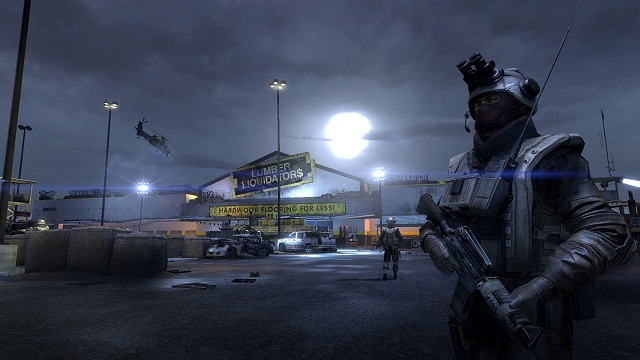 The game begins with a montage of real-world and fictional footage that sets up the rise of a unified Korea under Kim Jong Un, the son of the current leader of the DPRK. This doesn’t stop at reunification, however, as surrounding territories are annexed and the imperial might grows with each passing day. At the same time, the United States has suffered economic collapse due to high oil prices and has reduced essentially all commitments to reduce costs. The formerly prosperous suburbs have become ghost towns and wastelands, prime for an invasion of the newly ascended Korea. The invading force utilizes a variety of tools to demolish critical infrastructure, such as an EMP bomb to destroy all electronics, and irradiating the Mississippi river to halt reinforcements. The player takes control of Jacobs, a former pilot who is harassed by occupation forces after the rapid defeat of the US forces, and is quickly thrown in a prison transfer bus to the holding pens. Along the way you get to see what nice people the Koreans are as they gun down runners and parents in front of their crying child. Fortunately, the bus is derailed by some resistance fighters who give you a gun and tell you to shoot all those bad Koreans dead. As you travel from bombed-out building to the next, there are some tense moments as you avoid large patrols. 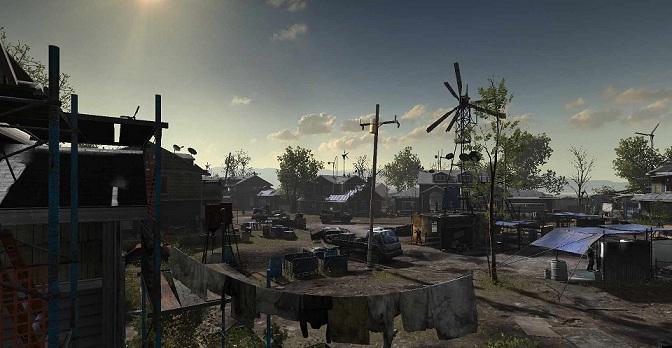 Eventually you reach a hidden resistance area where innocent children play and you get to hear your fellow resistance members argue. As I waited for them to get their complaints out, I looked out to the window to see the edge of the map where it dropped off to the void; I was not surprised to see it. Eventually you are led around to several resistance locations, including an abandoned school, a prison camp and the relatively most interesting scene involving a mass grave in which your otherwise bland rebel leader gets all worked up over the lack of dignity the Koreans treat the corpses. Unfortunately this possible character-building moment is not exploited for the story as it then becomes just another firefight. This tends to be the most common route the developers follow: there is a scene in which some character development or epic event could occur out of a situation, but it just breaks into very conventional shooter segments in which you massacre hundreds of soldiers in a format that is nearly identical to Call of Duty. It’s a shame that such an interesting setting becomes a rote series of shooting galleries instead of something more.

The characters, if you could call them that, are more or less cardboard cutouts that remain undeveloped as the second you meet them. The one scene in the mass grave is the one time that anyone shows any kind of real emotion, but it is quickly snuffed out. Aren’t these resistance fighters supposed to be everyday people that feel compelled to fight tyranny? Why don’t they show some human reactions or lack of discipline when they’re mowing down hundreds of enemy soldiers? They push you out of cover like jerks and pretty much behave like elite spec-ops death machines that can’t be killed (they can’t, by the way) and exemplify the personality of a Michael Bay movie. 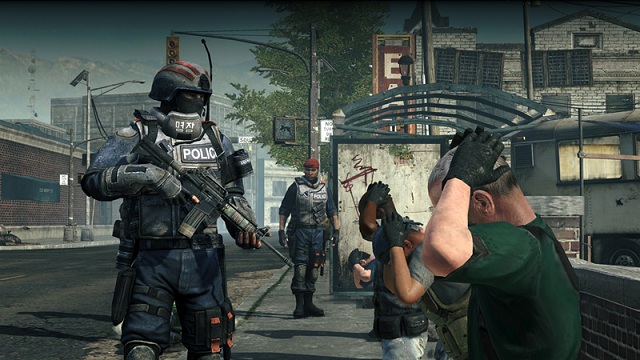 There are a variety of weapons, but they all seem the same, with no particular reason to choose one over another (you are given the choice of any gun you want at several points in the game). Again, aren’t these supposed to be resistance fighters? How did they get so well equipped? However, the most annoying gameplay issue is the waiting. Waiting for your buddies to get through some access hatch, waiting for them to catch up to you (this will happen often), and waiting for them to move so the invisible walls that block you from going anywhere are dissipated. These invisible walls are abused in this game to an unbelievable extent, as they basically cover everything that isn’t the floor you’re on. I tried jumping over a half-foot tall picket fence early on, only to be stymied by said walls, even though there were perfectly fine walkable areas just over it. The NPCs have a clip box about a foot out from them in every direction, preventing you from walking by them easily. What’s more, the game looks old, with graphics more similar to Half-Life 2 than anything this generation. There is some graphical flair that shows that more features are present, but it can’t compare to modern shooters.

The meat of the game is in the multiplayer. Kaos Studios, before they made Frontlines, developed a mod for Battlefield 1942 called "Desert Combat," and their multiplayer affection shows here. As members of either the Koreans or the US army, the gameplay is similar to Frontlines’ combat in large open areas. Players can choose a class with specific weapons which then can be further developed through battlefield performance in the form of purchasing gear and vehicles with Battle Points. As players accumulate points they can devote them to smaller weapons, like an RPG, or save up to spawn a tank or helicopter to save the day. The options admittedly are deep and diverse. For each map, there is also a Battle Commander mode in which players essentially develop killstreaks that net them automatic upgrades to the weapons they’re using to make their kills. However, as you receive more perks, equipment and overall toughness, you are marked for the opposing team as a more and more valuable target in terms of salvageable Battle Points. 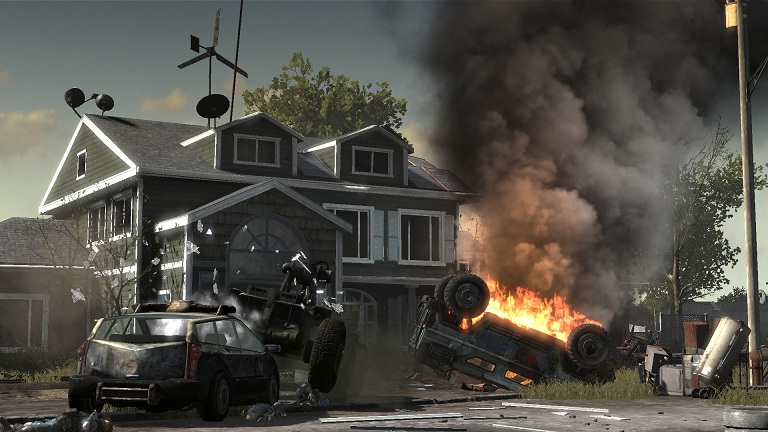 Homefront was a game with a considerable amount of hype: the publisher THQ believed it would be so popular that two million copies would have to be sold before it would break even. Unfortunately, the quality does not match-up. There is a considerable amount of effort put into developing the setting and the broken aspect of the American dream and the degradation involved in an occupation, but it fails to make an impression in virtually every other area but multiplayer, in which a number of innovations improve the replay value. If you’re a fan of Red Dawn, try this one out. But if you enjoy shooters or games in general, you may find this one a disappointment. Homefront was developed by Kaos Studios and published by THQ; it was released for the PlayStation 3, Xbox360, the Cloud service OnLive, and PC on March 15, 2011.