War on American soil is a petrifying thing, especially for Americans. Because of this, that topic is rarely touched upon in gaming which is a disappointing fact as it is an interesting concept that can evoke strong emotions from many different kinds of gamers. And when it has been touched on, such as in Turning Point: Fall of Liberty and Modern Warfare 2, it’s either not taken seriously enough or in Turning Point’s case, everything about it is broken. Will Homefront be another game to take that faithful war on US soil risk and fail at it? Or can it finally break that very frustrating mold established by past games?

In Homefront, you’re thrust into a chaos ravaged war where North Korea seems to own almost everything and gas prices are rising to around 20 dollars a gallon. This along with the rest of the premise of the game (North Korea invades US, Kim Jong Il dies, North Korea takes over Japan, etc) is established before you start playing the game in a very engaging opening video. It shows all live action situations such as Hilary Clinton speaking on North Korea, a mad redneck yelling “the only good communist, is a dead communist” (in a rather hilarious fashion might I add), among other things. Thankfully it doesn’t look too silly and manages to make you quickly afraid of both North Korea and of what will come of the United States. 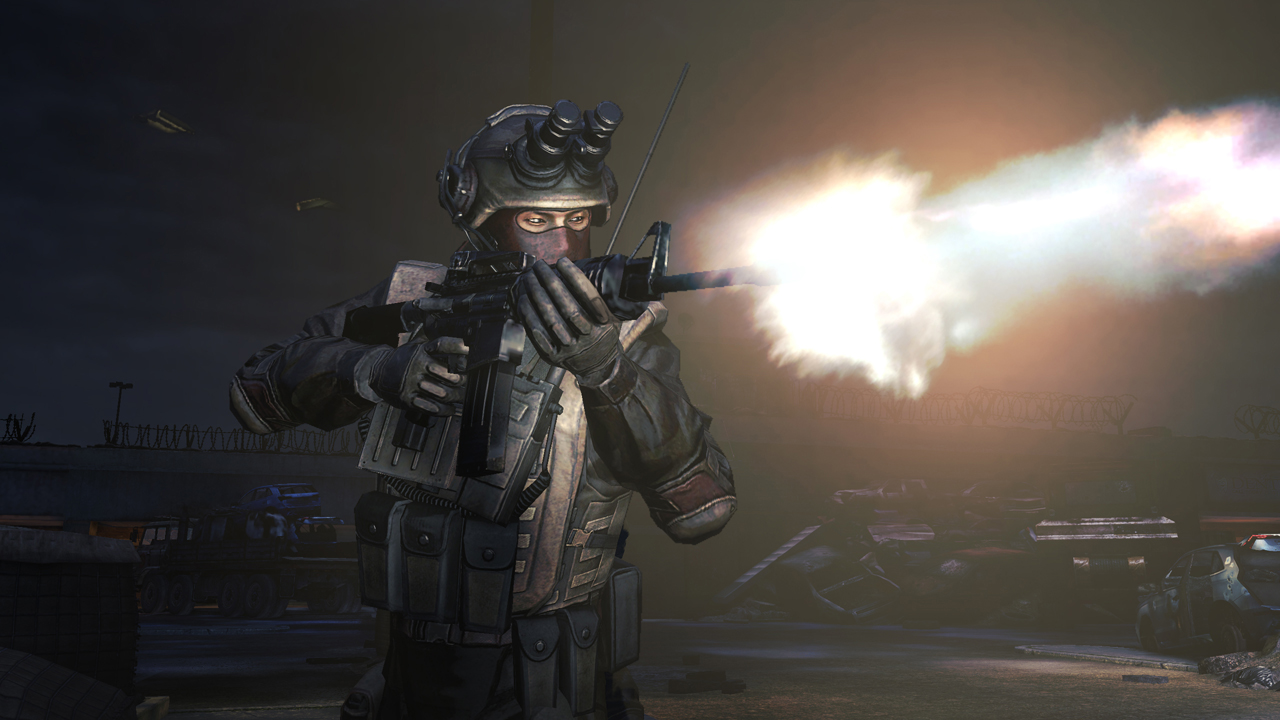 After that, you’re introduced to the main character, Robert Jacobs, as he is woken up and immediately greeted by North Korean soldiers that want to take him away to an undisclosed location. On your way to this location, you’re shown one of the most effective opening scenes I’ve seen in a while. This being all in-game, and despite the look of the game being rather poor, it still manages to horrify you in multiple spots. After you escape the bus via a little help from the Resistance, the story goes progressively downhill. Not even downhill, it’s more like it just falls off a sharp slope and plummets downwards, all the way up until the incredibly anti-climactic and abrupt ending. The premise and opening are both very effective, it’s everything after that that fails to live up to what Homefront’s story promised to be.

There are many issues with Homefront’s story, but the biggest one was that the writers strew too far away from the overarching North Korea story and too much into the Resistance and your fellow characters’ stories. It doesn’t help the fact that the voice acting is painful to the ears and every single character in the game is either unlikable or completely one dimensional.

With games like Call of Duty that feature incredibly smooth graphics and an unbreakable frame rate, you’d expect almost all shooters to look at least decent in this day and age. You would be wrong in Homefront’s case. Homefront is a smorgasbord of ugly textures, pitiful animations, and downright scary looking character design. At times I wondered if my partner’s face was melting off or if he was actually supposed to look like that. This may be a silly complaint but the animation for throwing a grenade is the worst grenade animation on the Xbox 360, it literally shoots forward once you throw it. There’s no arch whatsoever, which can lead to some very frustrating situations that involve you having to throw out a grenade in a hurry. And the textures on every little piece of scenery looks like the game’s artists drew it, and then accidentally smudged every piece of artwork.. 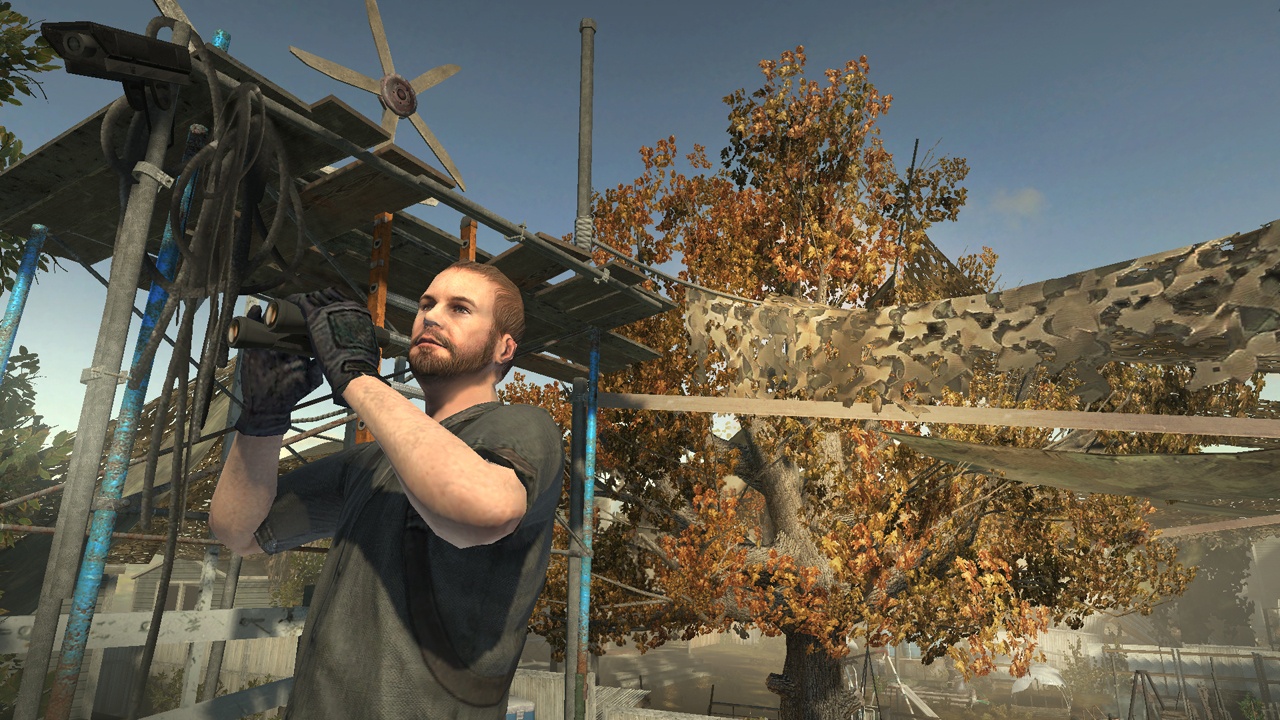 As you can guess, Homefront plays exactly like Call of Duty and many other first person shooters. It seems like the only changes the developers managed to make for it to stand out from other shooters was that it’s a bit slower, which is the one thing you should not change. You can thankfully make your aiming a bit faster but the sprinting remains about as fast as your normal run in Call of Duty throughout the entire game, making cinematic moments that involve sprinting almost laughable.

While the singleplayer is a disappointing mess, the multiplayer is a surprising joy. It’s not revolutionary in any way but it takes the Call of Duty formula and innovates slightly on it to the point where it doesn’t feel too derivative of other shooters. The addition of a currency system that will allow you to buy things such as airstrikes and recons is arguably the biggest original idea Kaos studio’s has come up with. You amass this currency by performing various tasks on the battlefield and there are a wide variety of things you can spend it on that go beyond just airstrikes, such as accessing a tank or Humvee.

The biggest issue in the multiplayer is the fact that a few of the perks you buy with your currency can seem a bit unfair on the battlefield. In particular, the drone helicopter that flies around and fires out rockets almost as powerful as airstrikes. This would not be a problem if the drone did not take so much damage before finally dying. At times you can unload every single clip you have on a drone before he dies, which can result in you having to use your pistol which is pretty much instant death. 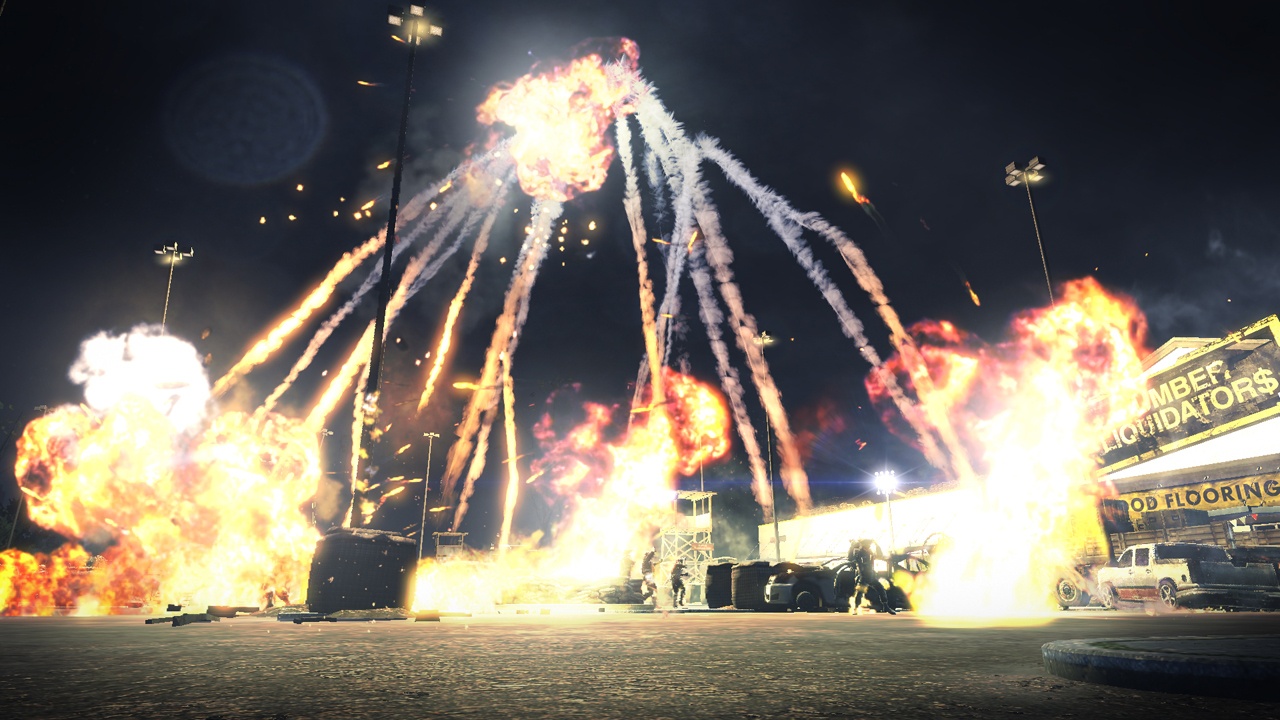 Sadly, there aren’t a wide variety of maps or game types to go through. This doesn’t mean the multiplayer isn’t a blast though. It can of course have its occasional annoyances but overall the multiplayer feels fresh and fast enough to keep even me, a person that rarely plays multiplayer in games, hooked for a few weeks; mainly due to the substantial upgrades you acquire as you level up.

Homefront is the exact opposite of what most people were expecting before its release. It’s a frustratingly boring singleplayer game topped with a rather enjoyable multiplayer. While having a good multiplayer keeps me from not being able to recommend Homefront whatsoever, the disappointment that is the singleplayer still holds Homefront back from being a good game. It’s merely a mediocre war title that doesn’t deserve an inch of your attention unless you're looking for a good multiplayer experience.