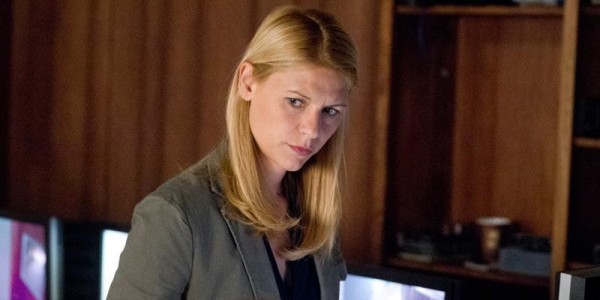 “Gerontion” is an episode that (thankfully) lacks the irritating qualities of past episodes of the season, primarily the Dana and Brody family drama, but also Carrie’s tiresome stint at the psych ward and being separated from her work. The episode takes a focused look into the Javadi operation incorporating all the characters involved and showing significant progression on Saul’s covert mission. Despite the apparent improvements in the storyline, I couldn’t help but feel underwhelmed by this hour of television. With the exception of some truly outstanding moments, “Gerontion” is an incredibly dull episode of Homeland. The narrative moves along in an adequate pace and semi-intriguing plot developments are sprinkled throughout the hour, but the characters within the narrative are consistently uninteresting, making it difficult to invest in any storyline.

There was less of a focus on Carrie this episode and the show seemed to suffer for it, though I am glad that not a lot of time is given to the troublesome pregnancy storyline. Apart from the Brody stuff with Javadi, which came towards the end of the episode and will certainly send her searching for the person that is responsible for the bombing (if you believe Javadi), there isn’t much of a substantial storyline for Carrie.

This leaves room in the episode to explore other characters’ experiences, like Fara and Quinn. Both of which are experiencing feelings of dissatisfaction with their work. Quinn has spent years as an agent and is feeling the weight of it all, we know that he is a considerably moral guy and is once again faced with the devastating consequences of the profession. His meeting with the local police points out how much a mess they can leave behind them and the not so subtle conversation he has with the detective only drives the point home. “Have you ever done anything but make things worse?” he asks an already defeated Quinn. We get it he’s had enough. 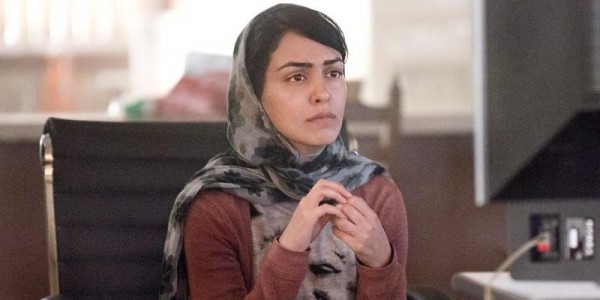 Fara, on the other hand, is new to this work, she is the eager, naïve neophyte, who has unrealistic expectations and quickly finds herself disillusioned with the way things are run. Though they view things from quite different perspectives, both characters undergo similar struggles. And while I appreciate this character parallel as a way to explore the conflicts that arise within such operations, the characters themselves are not strong enough to make the material truly engaging.

I feel no emotional connection to either character, even though the writers obviously want me to. This is certainly not the actors’ fault, both performers give emotionally convincing performances, but the writers have not done an adequate job in making them compelling characters. Thus making these moments in which we are supposed to be concerned about Quinn and his future as an agent, or care about Fara’s obvious frustration completely ineffective. Even some Dana scenes in this season have made more of an emotional impact than anything on this episode. 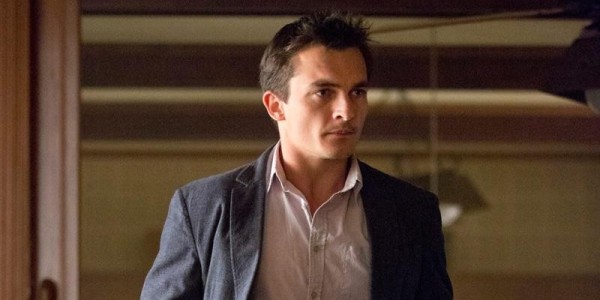 Saul continues to be the most intriguing aspect of the third season, even though the mission with Javadi is proving to be somewhat dull, his personal storyline is what is driving the show. Though the episode takes an almost painstakingly slow start, its last 10-13 minutes are quite superb. The hour’s most entertaining and satisfying scenes are the ones that put Saul at odds with Lockhart. The meeting between them two and Dar Adal is a beautifully performed and written scene. It is a lot of fun to see Saul take such an impassioned stance and come off like a total badass against Lockhart. It is hard not to root for Saul in moments like this, despite the very plausible and dangerous risks he is taking with this mission.

And while Lockhart has been made to be a fairly one-dimensional adversary, his concerns are logical and somewhat justifiable, despite his obvious disdain for the current administration. Since he has been such a smug and overconfident opposing figure, it is entirely gratifying to see him being put in his place and unceremoniously locked in a conference room and essentially put in a time out. What a great scene, the acting and the timing are absolutely perfect.

This entire sequence is near perfection, and a reminder of how great Homeland can be. It is the first time that the show has made me care about Javadi and Saul’s plans for him, their discussion illustrates the dangers and implications of taking on such a high risk mission and definitely raises the stakes. It certainly makes the viewer invest in the storyline and makes us root for Saul, regardless if his tactic is wise or not, we are on his side. These scenes almost make up for the rest of the episode, there is no denying that the writers can definitely come up with compelling material. Saul’s maneuverings at the CIA are undoubtedly the most interesting aspects of the season thus far, but are they enough to carry the entire series? 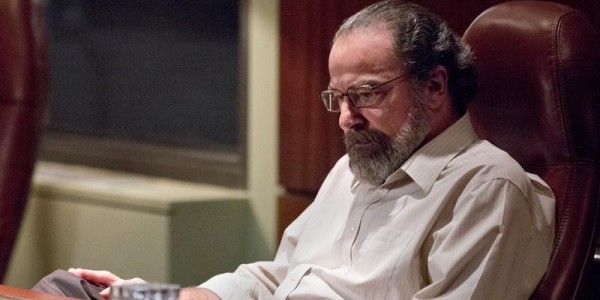 - The episode sets the stage for Carrie to pursue the CIA bombing mystery, and if what Javadi says is true, then her uncovering the bomber’s identity could cause potential issues later on. Saul has shown doubt in the matter, but it isn’t clear whether he believes Javadi or not, I’m sure that he would not appreciate being disproved by Carrie in the future. Having to admit that Brody is innocent would not bode well for the agency, considering the CIA’s current state and credibility.

- I could care less about Saul’s marital issues. I guess it helps illustrate his emotional state and how his personal issues affect and inform his work, but do we have to spend so much time on it?

- How much did you want Fara to go ape shit on Javadi with those scissors? That would have been awesome and an insane surprise that would actually be a credible plot point on this show. Crazier things have happened.