Homeland – Tin Man is Down Review: OK Introductory Episode with Some Questionable Plotlines 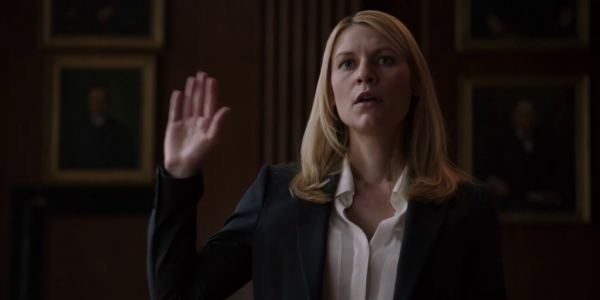 Please excuse this review’s lateness as I had to marathon watch the series’ first two seasons in order to review the show. (Let’s be honest: you were too busy with the finale of Breaking Bad to even care about Homeland.) As a consequence, I have an acute awareness of the events that have composed the first two seasons, while at the same time many of the episodes just blur together and form a weird semi-coherent run-on sentence/narrative. Also, watching it at such a quick pace way lessened some of the tension in particular situations; since I didn’t have to wait long for the following episode, some of the compelling intensity was lost on me. But that will all change now that I am finally caught up and can enjoy the show in a less frenzied pace and admire the intricacies (or lack thereof) of the show’s plot.

So on we go into the third season, which begins approximately two months after the events of the finale. Carrie is once again off her meds and in the midst of a congressional trial, Saul is essentially in charge (of the CIA? the counterterrorism division? I don’t know his official title), Jessica and Dana are experiencing significant fallout from the attack, and Brody is off somewhere we are not privy to. “Tin Man is Down” does a satisfactory job at repositioning the many characters and introducing where they find themselves, as the episode does feel somewhat of an overhaul and point of transition. As the CIA itself is in a state of reconstruction, so is the nature of the show. New/newish characters (Quinn, Dar Adal) have emerged as more prominent figures at the same time that the show’s second lead is virtually nonexistent. There is a lot of talk about Brody in the hour: during the trial, at the Brody home, etc., so the importance and impact of the attack on the CIA had and Brody’s presumed involvement in it isn't lost on us. So even though we don’t see him, there is a sufficient amount of Brody presence. 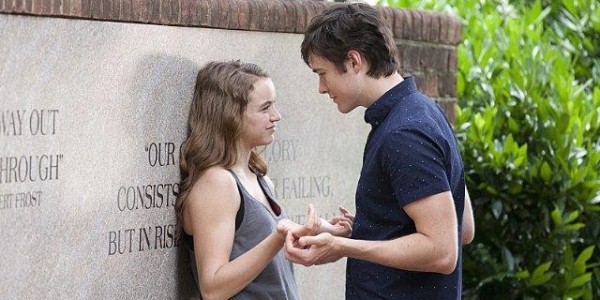 There is too much, though, of the Brody family. Sigh. With Brody’s diminished presence on the show, it is hard to justify all the time spent on his family, and though we have grown to care for both Jessica and Dana (Chris who?), and while the actors’ performances are engaging, it just feels disjointed. It is semi-interesting to see how the family is coping with such an awful scandal, though, and I guess that the show is aiming for that particular angle. I don’t think that the Brodys are going anywhere soon; the writers have established them as an integral part of the series and have grown attached to the characters they’ve created, so they are here to stay. Right now their story belongs to a completely separate show. Hopefully their material improves in the coming episodes because some of the scenes involving them are cringe worthy. The obligatory scene displaying the intense media scrutiny the family is under is so clichéd that it is actually laughable. My god, that is straight out of a cheesy Lifetime movie. The most perplexing plot point, however, is the brief interlude into the world of sexting (how topical). What the what?! I am probably in the minority, but I like Dana and I think the show has done a good job in making her a compelling character, particularly in the first season, but this is just ridiculous. Are we to assume that her impulsive act will come back to bite her? Is this picture going to wind up in the internet, inflating the media attention concentrated on the Brody family; is her new boyfriend crazy or sociopathic (as he was in the last season of Dexter) and will betray her trust, or will this just be a dropped storyline after the writers realize how weird (read: bad) it is? Already dreading where they are taking this (commence eye roll). Sexting aside, there are intriguing aspects of the Brodys current situation (their emotional health following such an ordeal, their financial stability, and Jessica’s desire/need to go back to work), but I can’t see it fitting in with what the rest of the series is doing.

Which is, as I stated before, a whole lotta restructuring. Okay, maybe not that much, but the chess pieces are being put together for the rest of the season and the closing moments set up the shit in position to hit the fan, at least when it comes to Carrie. Somebody go get her from under that bus, ouch! Not that she is a blameless victim in all of this; her behavioral history is seriously screwed up and if she were anybody else her career would have been done a long time ago. Saul is practically the only reason that she still has a job. Still, it stings to see his betrayal, especially when we have Claire Danes reacting so devastatingly to the whole ordeal. She is a highly emotional unstable wreck, but I feel for her. Danes makes me feel for her. It is quite a performance. As we see with the scene in the restaurant, Carrie does not react well to this development and will probably continue to behave erratically in the consequent episodes. Having these two characters at odds will definitely provide for some entertaining drama and conflict, and although they have had conflict in the past, it hasn’t reached this kind of extreme level. This new character dynamic is something to look forward to for sure. 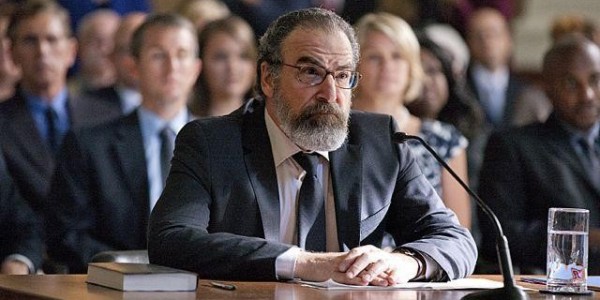 This is an adequate hour of television, though admittedly a bit dull and unexciting; it does, however, set up future issues that could pay off in interesting ways. Unquestionably, the strongest material involves the machinations of the CIA and the trial and we can only hope for a focus on that material.

-- I’m actually really pleased that Brody doesn't make an appearance on the episode and that Carrie does not know where he is and hasn’t had any contact with him. There is only so much I can stand of their love story.

-- Quinn is an intriguing character, but the subplot introduced for him is not, only because it feels so familiar and predictable. This does give the writers the opportunity to develop the character further and hopefully do something unexpected with him.